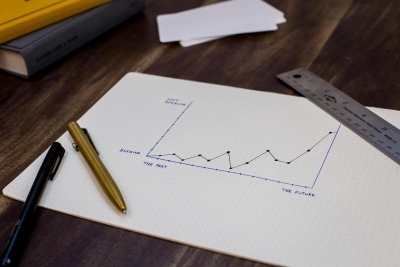 The online casino world is full of different types of game variations with changes to the rules, odds and payouts of traditional titles. These different styles of the games can lead to players walking into trap bets and other wagers that give the house a tremendous advantage either on accident or by design.

Variety is the Spice of Casino Life

One of the great things about the online casino world is that you can enjoy a wider range of titles than you can typically find in a land-based establishment. However, there are some potential disadvantages that come along with this.

Because there are so many more styles of games available, players have a higher chance of running into a game that they don’t understand as well as they think they do, and this can lead to accidentally giving the casino an overwhelming advantage with trap bets and other mistakes.

What we want to do here is walk you through some of the games that can put players in this type of situation to show where they come from and what you can do, if anything, to migitate the problems that can come from them. This is sometimes as simple as making betting adjustments, but sometimes you’ll need to avoid the entire game. We’ll show you which situations are which and what to expect if you decide to stick around and play.

Blackjack is notorious for being a strategic game where there are certain base rules that should always be followed. Unfortunately for many players, there are a lot of exceptions to those rules, and some of those exceptions can be found in European Blackjack.

The key rule change that makes European Blackjack different is that the dealer does not peek for blackjack.

Because the dealer doesn’t peek for blackjack, it means that you’ll have the possibility of running into a blackjack when you double or split against a dealer holding a 10-point card or ace. In essence, you have a much worse time when facing either of these types of cards, and you have to play more conservatively with the betting options that increase how much you’re wagering (ie: splitting and doubling).

Many players have no idea that this is an issue, so they will play normally without adjusting against tens, jacks, queens, kings and aces. That’s between 35 and 40 percent of the hands that you play, and in many of those hands, they’ll be mistakenly doubling and splitting. The real insidious part of this is that they often have no idea that they’re making such serious mistakes and are giving the house such a tremendous edge.

The way to adjust to this is to make some strategic changes. Among those changes are avoiding splitting and doubling when facing an ace or 10-point card.

Blackjack games are full of examples of this, but we’re only going to include two on our list. What makes Spanish 21 so different, and what many people either don’t know or don’t think it affects the strategies much is that it doesn’t use a standard 52-card deck.

Instead, this game uses a 48-card deck that has all of the “10” cards removed. This leaves twos through nines, jacks, queens, kings and aces.

This one change by itself actually drastically decreases the player’s payout rate, but most Spanish 21 games will have other rule changes that make up for this by giving the player more strategic options, bonus payouts, etc.

To adjust to this rule change, there are a whole lot of strategic changes that must take place from the standard blackjack strategies. If this isn’t something you’re interested in, which probably isn’t for a lot of players, then we recommend that you switch over to a style of blackjack that uses the traditional 52-card deck instead.

We have a special place in our heart for mini roulette because it’s such a tremendous concept on the surface. Unfortunately, it draws players in for a massive trap that gives the house the biggest edge it can generally get in any roulette game ever found online.

Mini roulette uses the numbers 0-12 only and appears to be a single-zero game while offering a lot of the common outside bets like column wagers, red, black, even, odd and so on.

On the surface, mini roulette appears to be a single-zero roulette game, and that’s why it’s such a massive trap. The fact of the matter is, if you scale things up to the typical 36-spot layout, you’ll see that the number of zeroes would triple as well. Not only does this game not play as a single-zero game in terms of the house advantage, it actually has the same house edge as if it were a standard game with three zeroes.

This is why mini roulette is the worst regular roulette game that you can find. It has a house advantage at a whooping 7.69 percent compared to an edge of 5.26 percent in American roulette or 2.63 percent in European roulette, which is generally the best option for roulette fans.

One more trap that we want to address that we see a lot of players fall into is when they play progressive slots with online casinos that do not participate in the jackpot link. In essence, you’re playing the game without having the best prize available (and the prize the whole game is based around), but most people don’t realize how much this hurts them.

Players we have asked about this have shown just how big the problem is: More than half of them assumed the house increased the chances to win other prizes to compensate for the missing jackpot, but the fact of the matter is that this is not the case.

Some players mentioned that they figured the jackpot compensated for 2-3 percent of the house edge, and they were willing to deal with that. However, what they miss is that it’s often 8-10 percent or more instead, and that makes these jackpot-less slots one of the worse bets that you could make in an online casino.

Bottom line, if the jackpot is not available for a progressive, then you should not play it. Play a non-progressive game instead, or switch casinos to a site that will give you a shot at this payout.

Players understand that the house has a small advantage in most games, but they don’t want to be fleeced without a fair chance to come out ahead in their sessions. These situations that we have outlined above are traps that players can fall into that stack the odds against them in a way that are very unlikely to overcome with any reasonable frequency, and that’s why we want to warn readers about them. If you can avoid these spots and take our alternative suggestions instead, you’ll be in much better shape.