Are You Better Off Not Taking a Casino Bonus? 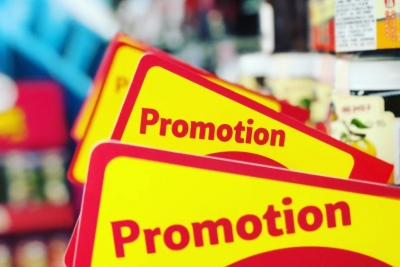 When the reactionary nature of bonus terms and conditions became the norm in the late 2000s and early 2010s, it created a precedent of promotions that weren’t all that great for many players. Here we examine whether you are better off not taking most casino bonuses and how to tell if that’s the case for an offer you’re considering.

Examining the Utility of Casino Bonuses

Pretty much everyone who has played at an online casino before will be familiar with the types of promotions and deals involved in the industry in general. You’ll often get a match percentage based on the size of your deposit, and then you need to clear wagering requirements to receive that bonus money.

Unfortunately for many, the terms and conditions are too cumbersome to make the deal worthwhile financially or in terms of aggravation with keeping up with it all and being so restricted on what you can play.

The current state of the terms and conditions for promotions and bonuses in the online casino world comes primarily from the reaction the industry as a whole had to people abusing promos in the 2000s and early 2010s.

While they needed to do something to protect themselves from opportunistic individuals who had no real intent of playing the games in the way they were meant to be played, it’s now a question of whether they have taken things too far and if they will ever adjust to the current online environment.

Why Such Huge Wagering Requirements?

A common question we get asked is why the wagering requirements are so large on bonuses these days. The answer to that is that in the 2000s, the early 2000s in particular, casinos were much more flexible about that sort of thing online.

Unfortunately, they were entirely too flexible, and they opened themselves up to losing a ton of money. Players who didn’t actually care about the games found mathematical ways to essentially scam these casino sites out of hundreds of thousands of dollars.

As a result, the sites had to take measures to protect themselves. Since these individuals were primarily people who didn’t have any interest in actually playing the games normally, it felt natural to add requirements that players would need to put in a certain amount of time at the tables or in front of the slots to be able to receive the bonuses in question.

This led to the birth of wagering requirements and game restrictions. Unfortunately, there weren’t many other good ideas to come out of all of this, and that has led the industry to a position now where it needs to adjust how it handles these things to make them less cumbersome and aggravating for players to deal with.

How Can a Bonus Not Be Worth It?

For some players, the current state of play-through requirements means that sometimes it’s actually better to not take a bonus offer at all. We’ll give a concrete example to show what we mean.

Suppose you want to play roulette, craps and online slots, so you sign up to a casino and decide to take advantage of a big welcome bonus that’s a 150 percent match on your deposit of €200. That means you’ll be receiving a €300 bonus that you can play with, but it cannot be withdrawn, and you can’t cash out until the wagering requirements are finished, or you lose the bonus completely.

This bonus has a wagering requirement that does not let you play craps or roulette until it’s clear. If you do, then you forfeit your bonus, which would make it pointless to begin with.

What this means for you in this example is that two-thirds of the genres of games that you enjoy are off the table to begin with, and that’s before we get to what the actual play-through would look like.

If the play-through requirement was, for example, 40x on the sum of the bonus and the deposit, then you would need to wager 40 x €500 before being able to cash out or play roulette and craps, which actually comes to €20,000. That sounds like a lot, but it can pass by quickly when playing because it’s based on your total bet size.

However, if you play games that have an average of a 2.5 percent house edge, which is not unreasonable for slots, then you’ll lose on average 2.5 percent of €20,000 during the time you clear those wagering requirements. That actually comes to €500, so you’d be losing €500 to pick up a €300 bonus all while you can’t play the games you want to play.

While this isn’t the most optimistic example, there are sites that use bonus terms and conditions that are not unlike this right this moment. At the very least, this is a warning to pay attention to terms and conditions before just jumping into something because it sounds good at first glance.

The above example is a bit on the harsh side, it’s very much within the realm of what you’ll run into on a regular basis. You get the disadvantage of not being able to play some of the games you want all while actually losing money to clear the bonus. That’s clearly not something that players are going to care for once they realize what’s going on.

However, it’s not all doom and gloom. There are plenty of bonuses that have much favorable terms if you look for them. While they are not the majority, you definitely don’t have to be taking a loss while you work off a bonus.

Something else to take into consideration is that you might be better off skipping the big deposit bonuses and going straight to the other types of promotions. This can include everything from loyalty programs to tournaments or leaderboard events. A fair amount of value can come from these events without the hindrance of excessive policies that restrict your play.

Plan for the Longer Term

The way to make sure that you aren’t playing yourself when you take on a bonus opportunity is to look at how it plays out over the entire term of the wagering requirements.

However, while you do this, you need to make sure that you take into account other factors. If a bonus broke even on average after clearing the play-through, then you should take it. The reason for that is that it gives you more play on average than you would have gotten without it, and it puts you in a position to have more spins on a slot (or plays on other games) that would take down a bigger win.

You also have to consider that there are other deals you can take advantage of at the same time as a big deposit bonus. The whole point here is to consider every angle instead of just jumping in, and you do that by realizing that there can be real situations where you are worse off for having accepted a bonus offer.

How to Use This Information

Now that you have this idea in your head, you can be more skeptical when evaluating bonuses and promotions. That can only mean getting a better deal from casinos you already play with, but it can also put you in a position to get more from new sites that you visit in the future.

A great way to check out what’s available is to scroll through our casino reviews to see what stands out for you and then to take a look at the terms and conditions for the special offers that they have available.