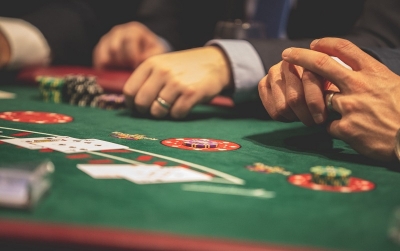 The notion that gambling is simply wasting money or somehow isn’t worth it is a myth that has been perpetuated for far too long by people who mean well. Here we put that myth to rest by showing a variety of reasons why this is simply not the case from an objective standpoint.

Taking on the Myth That Gambling is a Waste of Time

If you like playing any type of casino games or other forms of gambling, then you’ve probably been told by people at one point or another some variation of, “It’s a waste of time and money.”

While these people generally mean well, it’s generally a recipe for disaster when someone believes something wholeheartedly, wants to push that view onto other people and also happens to be completely wrong.

In what follows, we’re going to break down a number of reasons why this simply is not the case. The things we’re going to look at here will apply to a wide range of different types of players who like different types of games, so you’re not going to be getting some kind of cherry-picked argument that doesn’t hold up much water. Instead, we’re looking at how things work in the real world and what you actually can get for your time and your play.

For some reason, a number of people think that gambling is somehow an unacceptable form of entertainment because you can lose money from doing it on average. However, they completely ignore that the majority of popular sources of entertainment also cost you money, and that’s a blind spot they have that would otherwise inhibit their convictions on this particular point.

For example, if you go to see a movie in a theater, even if you’re alone, you’re looking at a ticket in the range of €8 to €12 just depending on what you’re seeing and where. From there, there’s the cost of transportation to get to and from the venue, and there are also any concessions that you decide to get in the process. If we include €5 in travel costs along with €5 in concessions, you can easily average €20 for yourself for a couple of hours of entertainment.

If you’re going to see a movie along these lines, it’s perfectly acceptable to most people to spend €20 for about two hours of entertainment for an average of about €10 an hour. However, if you enjoy gambling of some type, playing casino games or otherwise, it’s somehow not acceptable to lose €20 across a couple of hours of play.

The True Cost of Playing For Entertainment

We’re going to take a moment to look at the true cost of playing, on average, for some of the most popular games out there today. We’re going to start with a few assumptions to offer a base rate that we can use for the sake of comparison:

In this scenario, you’re getting in a total of €10 in wagers each minute, which comes to €600 per hour. If we take 2.5 percent of that amount, which is the house edge, we’ll see that we’ll be losing an average of €15 an hour as a standard of comparison. That’s not very far outside of the €20/hour rate we saw for the film, but we can adjust in multiple ways as well to bring that number down:

Moreover, we can combine multiple options above like changing our bet size and switching to a game that has a lower house edge. In any event, we’re seeing that the rates of loss here are similar or lower than other widely accepted sources of entertainment.

The Skill and Strategy Factor

A lot of people forget that gambling doesn’t necessarily mean that you’re taking a loss. In fact, many people are interested in playing various casino games primarily from the perspective of trying to get an edge against the casino, and there are some very real and very legitimate strategies to try to do this.

While the opportunities aren’t always right there in front of your face, if you learn to pick and choose your spots carefully and put in the work, it’s definitely possible to turn a small profit in the long run using a variety of methods. We’ll briefly look at a couple of them here.

There are casino promotions and bonus opportunities that offer players chances to actually get ahead of the house, on average, based purely on the terms and conditions of the deal.

For example, consider a simple deposit bonus with the following characteristics:

In this scenario, suppose you make a deposit of €250 to get a bonus of €250 back. That’s €500 times 25 to get your total wagering requirement, which comes to €12,500. By the time you finish that wagering requirement, you will lose 1.8 percent of it on average since that’s the house edge of the slot you found, which itself comes to €225.

As you can see, this will cost you €225 while you’re making €250 for a €25 profit, and you get the entertainment of hours of play in the meantime. This is clearly a good deal, and it’s a legitimate way to take down an average profit.

There are a lot of games out there that have strategic elements, and if you play correctly, then you can maximize your return and minimize the house advantage.

For one example, there is a somewhat popular single-deck blackjack game that has an average payout rate of about 100.3 percent with correct play, which can be done off of a chart that’s found online. That particular casino software company still averages a profit on the game because most players make enough mistakes for them to still have an edge, but a disciplined player could come out on top.

For another example, there are live dealer card games like blackjack and certain forms of Baccarat that allow you to count cards in a way that can give you a small edge over the house in the long run.

In any case, these scenarios aren’t usually taken advantage of to make a large profit but rather for the entertainment and excitement of trying to come out on top in a situation where it’s strategically possible to do so. These options take up a lot of time, effort and studying, but for players who love that type of thing, it’s a great use of time.

The bottom line is that there are very serious and very legitimate reasons for players to gamble online, whether it’s in casino games or otherwise. The whole point is that playing for entertainment in and of itself is completely fine, even if you expect to have a long-term loss on average. Whether this is the case, or whether you want to try to get an edge over the house, either way you want to play is completely fine despite what some people might mistakenly tell you.