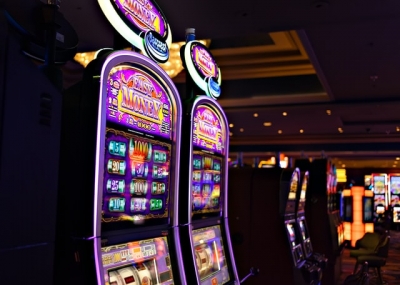 Players often wonder how progressive jackpots are structured, but there is no one size fits all answer. There are a few different ways they are handled, and here we’ll walk you through all of the common configurations and why they are set up the way they are.

Progressive Jackpots Are Handled in Many Different Ways

Progressive casino games are so popular because they offer opportunities to win payouts that are usually much larger than what you could typically find in similar but non-progressive titles.

The idea here is that the big prize, no matter how unlikely it is to win, is a serious draw for players, and it’s similar to the way progressive jackpots work in many real-world lotteries.

With that said, these games have their top payouts structured in a variety of different ways, and we’re going to walk through how those ways have changed over time, what’s most commonly used in the modern era and why this is the case.

How Casino Prizes Are Determined in General

To understand how progressive payouts work specifically, you need to understand the basic idea behind how general payouts are determined for casino games overall.

There are three moving parts to any payout: the amount you pay to play, the chance of winning and the payout when you do win. To keep things fair for different players, these three things have to be kept in similar proportion along the following lines:

You can see how these three factors have to be kept in proper order, and you can see why this would work pretty simply for the majority of casino games. If you triple your bet size in Baccarat, for example, then you triple your payouts. Along similar lines, if you choose a bet that’s twice as likely to win in Roulette, then your payout decreases by a factor of one-half.

However, things get more complicated with progressive jackpots since the final amount is constantly changing, so you can’t fundamentally change how much is available in the jackpot itself for a payout. As a result, casino software companies have to work around this limitation.

In most older progressive games, you’ll see a situation where you have to make a certain bet size (often the maximum amount available in the game) to qualify for the progressive.

The idea here is simple: They want a static chance to win the progressive that doesn’t change, and to facilitate that, they can’t have players making bets of different sizes.

The pragmatism behind this type of decision is easy to understand, but it comes at a price. When you have a static bet size that cannot be changed, you limit the audience to players who are comfortable playing for that price.

One Variation: Winning a Percentage of the Progressive

This allows the bet size and the final prize to be correlated properly like we talked about up above without changing the chance of hitting the prize itself, but it’s not that satisfying for players and usually isn’t a structure that’s as big of a draw.

In the newer style of progressive jackpot, which is generally seen in slots but sometimes with other game types, you’ll be able to qualify for hitting the high-paying progressive in 100 percent of its value no matter how you wager. However, the chances of winning change accordingly in order to keep things fair.

In keeping with the idea of having three values that have to be balanced, you can see that having a variable bet size would mean that you would have to adjust either the chances of winning or the size of the win to keep things going. However, since we can’t change the size of the jackpot, that means it all falls on the chances of winning, and this makes sense overall.

This is probably the best approach in terms of making things fair and accessible to players at different levels of stakes, but it does have its drawbacks.

Drawbacks of the Balanced System

The first thing to keep in mind is that not all games are suitable for this type of jackpot. For example, in a game like Jacks or Better with a progressive that’s won for hitting a certain set of cards, increasing or decreasing your bet size can’t come along with an adjustment of the chances to win the prize in the first place (since the chances of hitting certain combinations of cards is fixed). That means that there’s no way to balance things out without changing the size of the payout, which isn’t an available option.

It’s also hard to make a slot work with this approach if the wins aren’t based on pure randomness and are instead based on certain combinations of symbols showing up. Having symbol sets be manipulated by outside forces is something that players typically look down on in general because it’s adjacent to situations where software companies are creating unfair games, so it’s normally considered a best practice to avoid them completely.

This narrows down the available options as to how to award these progressives in this balanced style. As a result, you almost always have games where the chances to win the progressive are completely random, which isn’t something that’s satisfying for a lot of players who focus on these types of games.

The bottom line is that progressives are handled in different structures, and they have their own pros and cons. There is no one size fits all approach that works for them. Instead, they have to be tailored toward the specific type of game and specific audience being targeted.