Examples of Getting a Legitimate Edge Against the Casino 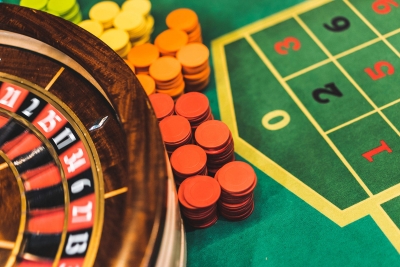 Every player’s dream is to get an advantage against the casino they’re playing with. There are some real ways that this can happen, online and otherwise, and we’re going to walk you through some real-world examples, many of which are still applicable today in the online environment.

When the Tables Turn in the Casino Game

The general premise of playing at a casino, online or land-based, is that you get to play exciting games with a chance of coming out as a big winner. In exchange for the costs of running the games, the casinos take a small percentage (sometimes a fraction of a percentage) of your average bets, and everyone pretty much accepts this as the cost of entertainment like you would buying a movie ticket or paying for a video game.

However, the tables can turn to the point that you are the one with an advantage against the house.

In what follows, we’re going to look at a handful of real-life examples, some past and some present, to show ways that an edge can be gained over the casinos running the games. Along the way, we’ll give some general ideas and tips on how you can spot new opportunities as they arise in the future as well.

One of the simplest ways of taking advantage of an online casino is in exploiting bonuses. The basic idea of this is really simple and straightforward:

We’ll give a quick concrete example. Suppose that you have a game with a 1.5 percent house advantage, and you’re going to play it with a cashable bonus that gives you a 100 percent match on a deposit of €100 with a 20x play-through on the deposit and bonus.

A profit of €40 on €4,000 of wagering is an advantage of 1 percent, meaning you’d have a total edge of 1 percent against the house.

Most online casinos protect against this sort of thing these days, but that was not always the case, and there are real life examples of people who pulled in five figures or more simply from going around to different sites and exploiting bonuses in this way in the late 1990s and very early 2000s.

Progressive jackpot games are among the most popular titles that you’ll find anywhere online, and it’s easy to see why. The chance of being able to win a life-changing sum of money is a very big draw, and a high percentage of players enjoy these games a significant amount of the time that they’re playing.

However, because the jackpots come from money from players that has built up over time, and because these jackpots are such significant parts of the overall payout percentage, it’s possible for the jackpots to get large enough that you have an edge over the casino before they’re won. What’s more is that most modern online progressives have these numbers published somewhere online for reference.

Here’s an example. Suppose a game pays out at 92 percent with a jackpot starting at €100,000, and the payout rate increases by 1 percent for every €50,000 added to the jackpot. Here’s what the payout rate looks like at different jackpot values:

When the payout rate is more than 100 percent, you have an edge against the casino, so once you know where this point is where the jackpot is large enough, you can have another opportunity to have the best of it against the house.

Blackjack and video poker are known for being two of the most strategic games available in most online casinos. The basic idea is that you can increase your payout rate by playing better strategies, and that obviously gets the attention of people who are looking to be advantage players.

In most games of video poker and blackjack, the best possible payout rate for perfect play is still less than 100 percent, giving the house an edge. However, this is not always the case.

It’s rare, but you can sometimes find games in both of these genres that can be beaten in a way that gives you a long-term advantage over the casino.

A fairly recent example was a blackjack game by the software provider SoftMagicDice. If you played with correct strategies, then you would get yourself an advantage of around 0.7 percent against the house. This game was available as recently as 2016-2017, and it was a pretty big deal while it was still active. It’s currently unknown if it’s available at sites that offer their software.

For a video poker example of this, the “full pay” version of Deuces Wild offers a 100.76 percent payout rate for an edge of 0.76 percent against the house with perfect play. You generally won’t find this game online, but there are plenty of land-based venues that still have it available at low stakes in various parts of the world.

There are certain games, blackjack and certain Baccarat variations being the most notable, where you can increase your edge over the house by counting cards. What this means is keeping up with a running number in your head that correlates to something about the remaining cards in the deck or shoe that helps you to know when you have an edge over the house so that you can wager more money.

While this is usually a useless strategy in online games because the decks are constantly shuffled after each hand, live dealer games are different in that they have actual decks of cards in shoes.

What this means is that you can have real opportunities to get an edge against the house if you have the right rule set for the game combined with enough of a bankroll to deal with the higher minimum bet sizes that come along with live dealer games.

If you go this route, be sure that you’re playing with a casino and software company that are both licensed in reputable jurisdictions. We say this because some shady live dealer providers have been known to manually adjust shoes of cards off-camera so that they give the players a big disadvantage, but there are policies in place to regulate this and keep it fair in more reputable jurisdictions.

We’ve given a few different examples here of ways that you can get the upper hand against the casinos. You’ll need to do a bit of work to find these types of opportunities and to make them work for you, but once you have them available, you can milk them over the long run in most cases.