Gambling as a Fundamental Part of Human Culture 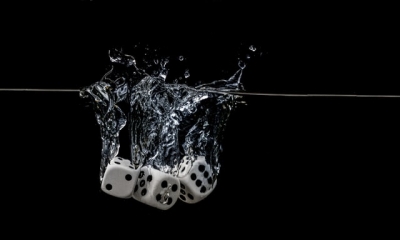 The history of gambling goes back to before we actually had written history as human beings. Because of this, there’s a certain perspective about the activity that can be used to see it as a fundamental part of human culture throughout time, in all parts of the world and in all demographics. Once this is understood, regulation and other topics can be taken on in much more efficient ways.

Our Culture and the Gambling Aspect of It

In the online gambling industry, we see people come together from all different walks of life and all different parts of the world to play in games together to see who can win. While there are different games favored by some regions or demographics, the fact of the matter is that gambling as a whole is a constant across the vast majority of cultures alive today.

If we look back through time, we can see that it was also a constant in most cultures that are no longer with us.

The key thing to understand here, and something that we’re going to break down further down below, is that gambling has never been divorced from human culture in any lasting way, and it seems like there’s something about us as creatures that really longs to gamble.

If this is understood on a fundamental level, then we can have much better levels of success with things like regulatory guidelines and help for those with problem gambling habits.

The Earliest Forms of Gambling

Something really interesting about the overall history of gambling is that it goes so far back that we don’t really know how it got started. To show how deep this idea goes, consider the six-sided dice used in games like craps. They’re found as the randomizing agent in the majority of board games that use them, and they’re used in plenty of other gambling games.

So far, the six-sided dice that we’ve found that are the oldest were found in Mesopotamia and are estimated to have been around since about 3000 BC. That means that they’re at least around 5,000 years old, and they have stuck with us in some fundamental way to the point that they are now the basis of some of the most popular gambling games that we have on a global level.

That type of thing could only happen if there was something about gambling that resonated with human beings when it comes to maintaining, preserving and building on the tools that facilitate betting based on chance.

The Tie-in With the Concept of Time

It’s a bit weird to think about, but at some point, human beings did not understand the concept of time on a serious level. Once we did, however, then the idea of gambling would have become more attractive because it would allow for the possibility to gain or lose what it took time to accumulate. The possibility of this type of reward would have been the driving factor behind why humans became so interested in it on such a universal level, and to a large degree, that’s still the reason why.

The entire point of gambling is to circumvent time, if we’re breaking things down to the most basic levels that early humans would have used. If it takes a certain amount of time to accumulate some resource, for example, then that time can be saved if the dice roll a certain way. As currencies and more advanced forms of barter were developed, the same basic premise remained.

People take risks to try to save time or money in every walk of life. Sometimes these risks pay off, and sometimes they don’t, but that is the nature of the gamble. Things like online casinos and other forms of online gambling just allow this to happen in a more direct way.

To some degree, it’s in our genes. Our ancestors who were successful took more risks than those who did not. Over tons of generations, that would eventually lead to some kind of innate tendency toward this type of risk-taking behavior provided that it’s for some type of proper reward if we’re successful.

Wagering on Contests of Skill

Aside from the types of gambling that are purely within the realm of chance, there are others that are tied to some sort of skill. Even children do this on a basic level when they do things like bet against each other using snacks or toys to see who can run to a given point the quickest or whatever else. It’s something that we’re born with in terms of wanting to put something on the line as a consequence for our performance in an unrelated endeavor.

It also causes us to focus on the game and enjoy it more. There are tons of parks all over the world where you can find people playing board games like chess or backgammon for small amounts of money, and the competition heats up in a serious way even for a tiny wager. When something is on the line, it clicks something on in us that allows us to really focus and become immersed in what we’re doing. When something is not on the line, then we have a harder time caring about what we’re doing or maintaining the same level of focus.

What’s most likely happening in this scenario is that some part of our unconscious mind is being activated when we shift into the scenario where something is being wagered. This element of substantial, tangible risk and reward, no matter how small, is enough to drastically change how we feel and perceive the contest in question, and that’s a serious thing that you see in virtually all cultures now and throughout time.

Wagers on Games of Chance

There’s a certain degree of fun, excitement and even stress relief that can come from betting on games of chance, even if you know that the odds are against you. For a simple example of how this can be seen in today’s society, it’s not uncommon for groups of mentally disabled people to be taken to a casino to wager on small stakes games occasionally because it’s a fun activity and form of entertainment that engages their feelings and senses in a way that few things can.

Fundamentally, who doesn’t know the feeling of getting lucky? Who hasn’t realized that they were lucky to be in the right place at the right time for some reason?

Moreover, who doesn’t know the excitement and adrenaline that comes from the potential for loss in a situation? Risk and reward are inherently tied together, and it’s something innate in us that we’re born with that gives us the feelings about it that we do. Gambling on games of chance allows us to experience this in a controlled environment, and it’s easy to see why that’s something that appeals to so many people on a cultural level.

The bottom line is that people gambling has been around since before the start of written history, and it’s something that’s tied into inherent thought processes and physiological mechanisms that we’re born with as human beings. This is why there is such a prevalence of gambling across cultures throughout time, and it’s why you’ll always have some element of it somewhere. For whatever reason, people are going to gamble whether they’re supposed to or not, and once you understand that, it’s a strong part of the argument that regulation is better than outright banning gambling.