How to Spot Fake Online Slots and Stay Safe 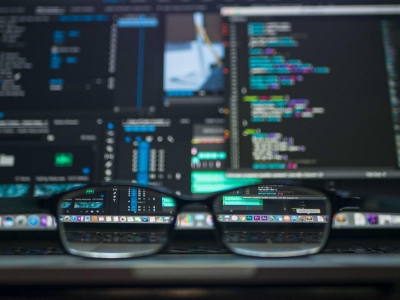 Whenever there is money involved online, someone will figure out a way to try to scam people. This is the case with fake or unlicensed online slots. In what follows, we break down everything you need to know to keep yourself safe from this shady and illegal practice.

An Introduction to Unlicensed Online Slots

Whenever you sit down to play a lot from your favorite online casino software provider, you’re taking for granted that it’s genuine. What we mean by this is that you assume it isn’t a fake by default.

That’s completely normal human behavior. However, it’s also the premise of how many people get scammed each year.

For a majority of players, they probably haven’t even considered that counterfeit or unlicensed slots are a possibility. Unfortunately, it is very much a possibility, and we’ve seen several cases of it. In each instance we have seen, lots of players were ripped off and lost money before they were removed.

What we want to do here is give players the information they need to avoid this scenario. Generally speaking, it’s not something that happens often. However, it is something that is pretty bad even if it happens to you once. Along these lines, we want to help players to spot the signs of this type of scam. This will help you to avoid the pain and aggravation of being taken advantage of in this way.

The Basic Essence of the Scam

We have seen a few different ways in which this scam can be pulled off. However, the basic idea is always the same. Essentially, the scammers want you to think that you’re playing a legitimate game when you’re not. Instead, you’re actually playing a game that they control in ways that are outside of the typical enforced licensing protocols. As a result, they’re pretty much just stealing your money.

One way that this can work is that they take screenshots of graphics and screens from a legitimate game. From there, they use these images to create a slot with similar gameplay and mechanics. However, the reality of the situation is that it won’t be paying out nearly as well as it’s supposed to.

Another option for scammers is to simply use their own graphics and to steal the name of a popular title. They can try to pass it off as this title by using a similar theme and/or feature set. If you’re not super aware of the type of game that you’re playing, then it can actually be pretty easy to fall into either of these traps.

To help with this, we’re going to break down some ways to that you can spot this when it happens. The following tips are things that we recommend players do regularly when playing online slots. It’s especially important when you’re playing with an online casino for the first time. However, once you’ve established that their games are legitimate, you can usually ease up from there.

How to Spot a Counterfeit Online Slot

For each of the following tips, we’re going to focus on one specific, actionable idea. Instead of giving you very general knowledge, we want to show you exactly what to do. If you follow these tips, then it will be very difficult to get a fake online slot by you.

Something many players don’t know is that the casinos don’t actually host the games. Instead, the games are loaded from the software developer’s servers. This helps to make sure that everyone gets the same experience and instant updates to the games.

However, if you’re playing a counterfeit slot, then they won’t load from those servers.

Instead, they’ll load from somewhere different. The easiest way to identify the server a game is loading from is to right-click the game on the screen as it’s loading. This will give you the option to see information about what’s loading in your browser. From there, you’ll be able to see the host server information.

For reference, this is the number one thing that has been used to find faked online slots in the past. It’s undeniable proof that the game is counterfeit if you find it loading from somewhere different. If you happen to find an online casino using this method, then you should contact both the software developer of the real game as well as the regulatory board for where the casino is licensed.

With Internet speeds being what they are, and with image compression technology at the level it is, there is no reason for online slots to have bad graphics anymore. However, counterfeit games can still have low-quality graphics. There are a few reasons that this is a possibility:

If you notice anything like this, then here’s what we suggest you do. Go in your web browser to the developer’s website. They will normally have free versions of most of their games. From there, you can simply see if the free version matches up with what you were playing graphically.

Alternatively, you can use this as an indicator to simply check the host servers. That can be an option for developers who do not make free versions of their games readily available.

You have to be a bit careful with this one. Some software developers will use atypical language in some of their instructions because they are occasionally translations from other languages. Those translations can make things seem a little atypical, but it’s something to keep in mind.

The bottom line is that if you see a lot of spelling issues or errors with grammar, you may have a problem that you need to address by checking on the game you’re playing. Again, the easiest way to check is to cross-reference the free version of the title. However, that’s not always a possibility. In that case, we suggest you fall back on the host server method.

What to Do if You Spot a Counterfeit Online Slot

If you find one of these types of fake games that we’re talking about, you may want to act. If that’s the case, there are a few key things that you can do to help.

The first thing to do is to contact the support team of the real software vendor. Give them as much information as you can. Additionally, screen shots of things like the address the game is loading from can be helpful. Once you send off that information, you don’t really need to do anything else. They will take it from there.

However, if you want to go the extra step, you can also contact the relevant gambling regulator. A lot of these sites that use these shady tactics will also have fake licenses. Faking an online gambling license is a serious crime, and the real regulatory body would want to hear about this.

Outside of that, all you really need to do is find somewhere else to play. These companies and regulatory bodies will handle it all from there.

Staying Safe and Being Mindful

We don’t want to paint a picture that you have to be constantly looking over your shoulder. However, there are people and companies out there who want to scam people. Some of them try to do it with counterfeit online slots. We’ve seen it happen often, and lots of players have lost money because of it.

This is exactly what we do not want to see. You don’t want to find yourself in a situation where you think you have a chance to win when you really don’t. That’s exactly what these scammers are trying to create for you when they pull people into these titles.

Overall, we recommend focusing on it when you first play at a casino for the first time. After you check a few of their games and see that it’s legit, that’s really all you need to do. Everything from there will usually have you in good shape. With that said, checking in on it periodically wouldn’t be the worst idea. It’s something that takes just a few seconds to check, but it can save you a world of trouble.