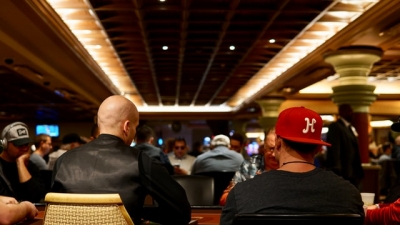 No matter which angle you come from, you’ll always come to the same conclusion when it comes to online casino play and social interaction. At its very best, it’s a super limited scenario that ultimately hurts the industry on a variety of levels, and it needs to be fixed.

Traditionally, gambling has always been a social activity on some level. Before the Internet, we didn’t really have ways to effectively gamble by ourselves over the long haul. We needed someone there to take our bets, pay our wins and often to play against in many cases.

The Internet allowed for a lot of convenience when it comes to being able to play from home and on the go. However, this has turned into a double-edged sword.

Ultimately, this is a problem that is hurting the industry on all sides. The players, the casinos, the operators and the software companies are all suffering because of it. Despite this, it doesn’t seem like anyone wants to make any serious efforts to integrate social interactions into the space.

This is a shame because it seems like it should be an easy win for everyone all-around. Additionally, it includes elements of social responsibility that are on the forefront of everyone’s minds in this era of increasing regulation.

From the Beginning: Social Interaction in Brick and Mortar Casinos

We don’t have to go that far back to see how important social interaction is in land-based facilities. Even now, if you go to play, you’re virtually always surrounded by other people. Many of them want to chat and get to know each other while they’re playing.

This has always been a critical part of the overall experience for many (if not most) players. It creates a situation where you’re doing more than placing your bet over and over while waiting for a result. Additionally, it brings another level of fun to things and makes it easier to relax. We’ve also heard from many players who have said they enjoy that social interaction more than they actually care for playing the games themselves.

The point here is straightforward: Gambling is a social activity. It’s baked into the whole thing since we never historically had the opportunity to gamble without some level of social interaction. No matter if it was in casino table games, slots, lottery, bingo, sports or horses, the social element was always there.

How Did All of This Change?

As soon as the first video terminals showed up, we started to see a shift away from the social element. However, it was very incremental at first. For example, the earliest video slot machines came out in the late 1970s. This was quite a while before smartphones and the Internet were around like they are now.

Even with that being the case, you could see the incremental nature going back even that far. People were more drawn in to the virtual symbols on the screen more than the mechanical titles. Additionally, we started to see the same thing as video poker machines started popping up. Due to the interface themselves and the emphasis on monopolizing the attention of the player, the social element started to fade slightly.

These are the elements that went into how Internet casino games are structured now. However, the technological advances that came along with the World Wide Web made people even more isolated than before. Instead of sitting at a video terminal right beside of other players, they were at a desk in their home at a computer in the mid- and late-1990s. This later turned into sitting on their couch with a smartphone or laptop, but the same idea applies.

But Didn’t the Internet Connect Us More Than Ever?

Here’s the real paradox of the situation. The Internet allowed us to connect in ways we’d never seen possible before. To communicate with someone on the other side of the world before the Internet, we basically had three options:

In all three cases, we see serious barriers to entry. However, the Internet took those barriers away. For example, consider how complicated and expensive it would have been 30-40 years ago to send someone a photograph. Now you can do it with a simple email or message on your smartphone or other mobile device. It’s cheap, it takes seconds, and the quality is higher.

So how did we get to this point of the social aspect of online casinos being so limited?

The answer is simple: Players simply do not have the proper channels to communicate with each other while playing.

The Current Landscape of Online Gambling Interaction and Future Possibilities

We want to take a moment to point out that some methods of social interaction while gambling online exist. For example, if you go to virtually any online bingo room, you’ll see chat boxes scrolling where people can talk with others from all over the world. Additionally, you can see the same at a lot of live dealer casino tables.

So what’s the problem?

The problem is that for every one game that does have this capability, you have hundreds that do not. Moreover, the chat options that do exist are incredibly limited. Players don’t really have the ability to make friends and keep in contact with people through these interfaces.

In the age of the social network, we don’t think it’s a stretch to be able to allow private messages to be accepted or declined between users in an online bingo room. Moreover, we think that two people hanging out playing the same type of video poker should be able to chat it up like they could if they were sitting beside of each other in a land-based establishment.

Setup of the Games Themselves

Another element that has played into this is the setup of the games themselves. Everything is centered primarily around speed and convenience. For example, in a game like blackjack where you’d expect several players to be at the same table, the tables are set up to appear as if you’re the only person there. To keep with this motif, however, social interaction isn’t really a part of the equation.

We see this type of push in the live dealer space all the time. More and more, we’ve seen a shift away from having to wait on other players. Additionally, everything seems geared more towards the single-player experience.

While we understand this completely, we think it has largely become an excuse to not include social elements. You don’t need to show multiple people at the table to allow them to interact with each other online. So while the setup of the games contributes to this social issue on some level, it’s more of the illusion of a contributor instead of something that actually ultimately matters.

We think that a few basic elements could be put in place that would solve this whole debacle. They aren’t particularly complicated, but here’s a quick overview that we’ll elaborate on below:

This is a pretty straightforward and easy to understand list. However, we want to note some of the finer points that affect these elements in the following.

Suppose we meet in a public or game-based chat box like the ones we’re recommending. I could easily right-click on your name to send you a private message. The interface could work just like traditional instant messaging apps. From there, you can accept the message or decline it. If you decline it, you will not see my current message or any future messages from me.

However, suppose you accept it. Now we could talk about anything we wanted to privately (within certain rules), and if you ever wanted to block me from being able to contact you again, it would be easy to do so.

This solves all of the problems of harassment and other issues that some people worry about. While those are valid concerns, they’re actually really easy to manage.

A variety of different public chat options could be available. For example, they could be grouped based on language. Additionally, you could sort these players based on the main lobby vs. specific games or genres. In any case, the whole thing works the same just for a different set of players.

From that point, you need moderation of the chat. This does increase overhead slightly, but we believe it’s really easy to implement. However, we also think it would increase the amount of players wanting to stick around who would traditionally prefer the brick and mortar environment. This could easily offset the overall costs.

The problem is clear that social interaction needs more play in the online casino world. However, the solutions are also pretty clear and straightforward to implement. With that said, all industries are reluctant to change what they’ve been doing if it’s been working. We understand that on a very serious level.

In any event, we don’t expect to see this change much until something like Metaverse gambling sites come along to provoke change in the traditional online industry.