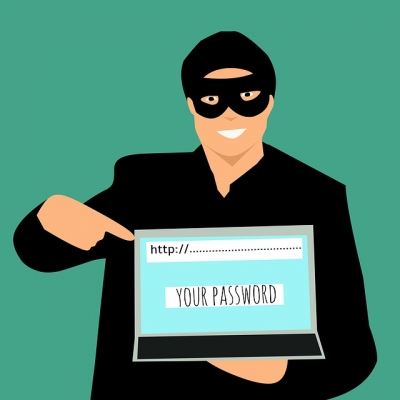 The WinPalace group of online casinos were once considered some of the most popular open to US players with more than a dozen sister sites. They were also a massive group of scammers whose owners were tied up over other shady dealings, and here we want to use them as an example of how to spot scam casinos.

Between around 2000 and 2015, you couldn’t go far in the online casino space without seeing promotional material for sites from the WinPalace people, known as the Affactive Group. They were by far the most popular online casino available to US players for around half of that, but players ultimately learned a big lesson from them:

Just because a casino or group of casinos is popular doesn’t mean that they are a good place to play or that you can trust them.

We’re coming up on the five-year anniversary of that whole group of sites going down the drain (where they belonged), and we’re going to use this as an opportunity to educate players on how to spot shady casino sites and what can be done about finding better places to play instead.

For a quick history lesson, there was a group of sites that included big names like WinPalace Casino, Casino Titan, Golden Cherry, Grand Parker, Jackpot Grand, Slots Jungle, Ruby Royal, Loco Panda and more that were all under the same umbrella. The owners of the group were Ziv Orestein and Gerry Shalon, a couple of Israelis.

What’s interesting is that they were never charged for any of their online gambling shenanigans, and if they weren’t caught up in the stock business, they could still be running these scam sites today and taking advantage of players.

What Do We Meant By Scam Casinos?

We want to make something clear about when we use the term scam casino. What we mean by this is that WinPalace Casino, and all of their sister sites, would regularly flat-out refuse to process withdrawals to players.

That meant that players were going to lose their money, no matter what, a majority of the time. That’s even if they actually won at the games.

As you can imagine, this was a total nightmare. It was especially true for US-facing players who didn’t really have a whole lot of other options (though some reputable sites were available like Bovada) for a majority of the time that this was going on.

Why Did This Go On For So Long?

All of these casinos, or at least the vast majority of them, were licensed in Curacao. This means about as much as saying that they’re licensed in my basement; there’s no accountability or anything else that comes along with this licensing in this type of jurisdiction.

In short, the entity that licensed these sites didn’t care about player complaints. They were in it for a payment, and the sites gladly paid the fee so that they could claim that they were fully licensed to sucker in more players.

Something else that’s worth noting is that there are complaints all the time about casinos “being rigged” or not paying out like they “should” based on short-term streaks from players in games that are actually completely fair. Most people in the industry have heard these types of complaints for so long that they’ve grown somewhat deaf to them.

If you were a player from the United States, there’s also the issue that playing is sometimes a legal gray area to most players. Even though there are no federal laws at all that ban playing at online casinos, there’s a lot of misinformation out there that suggests otherwise. As a result, many players felt like they couldn’t go to any type of authorities over the theft to begin with.

In short, a lack of regulation and accountability is what created the environment in which these types of scammers were allowed to thrive.

The Thought Process of the Player

The majority of people don’t really do a lot of research when they’re looking for a casino to play with. They’re a bit impatient in this regard and really just want to get started and get in on the action.

We can’t blame them for feeling this way, but it’s the type of thought process that led so many to get duped by this group of scammers.

Most players would go looking for a US casino in Google or some other search engine, see some basic information about a site like WinPalace (or one of its sister sites), see that it was licensed in Curacao and decide that was good enough for them. But what did they miss out on?

In short, it was a perfect storm that took advantage of the thought process that most players went through when they were looking for somewhere to play from the United States.

Understanding this thought process and how to avoid the pitfalls of it is one of the keys to getting the best experience possible in the online casino world, and that goes for no matter where you live.

How to Spot a Scam Casino Using These Lessons

After looking at how things happened for the Affactive group and what the thought processes were that led players down that path, we want to offer some practical advice that learns from these lessons and shows you how to do things better.

Lesson 1: Know how reputable different jurisdictions are (or aren’t).

The first thing we want to point out here is how many people saw that these sites in question had a license in Curacao and immediately stopped vetting the casinos they were going to play with. That’s not to say that there aren’t some trustworthy sites from this jurisdiction, because there definitely are, but the fact of the matter is that this license by itself doesn’t mean anything.

With that said, licenses from jurisdictions like Malta, the United Kingdom, states like New Jersey, Gibraltar and a few others do mean a lot. This is because the governing bodies there have a long-standing reputation of making sure that players have safe and secure places to play, and they have tons of vetting that goes into making sure that the casinos they license are trustworthy.

Lesson 2: Look into player reviews and if they have been resolved.

Before you deposit real money at an online casino, you should look into any reviews that you can find of the place that have been placed by actual, verified players.

The idea here is to get information from the people who have actually played there as that will be a more trustworthy source of information in a lot of cases.

If players would have done that for the Affactive Media casinos, then they would have found an ocean of complaints about payouts not being processed and other information that would have shown them that it wasn’t a good place to play.

Keep in mind that some players will always bash a casino or make up stories no matter how good the service is. This is why you have to look at the available player reviews as a whole. If you have a situation where nine out of ten reviews are positive, then you can generally disregard that other 10 percent.

Lesson 3: Know your course of action if you do have a legitimate complaint ahead of time.

This is something that only a small minority of players do, and it could save so many people so much headache if they would do it.

Before you get started playing somewhere, make note of what you will do and who you will need to contact if something like this happens to you. Customer service at the casino is the first place, obviously, but what if they aren’t helpful?

From there, you can contact the licensing board for the site in question. Depending on where the casino is licensed, you can either have a good or bad chance of getting help. In fact, some of them will completely ignore you while others have special arbitration teams set up just to take care of these types of issues and to act as an advocate for the players when dealing with the casinos.

The crux of this is that some licensing jurisdictions will have options like this available to you, and some will not. Once you understand this, you’ll really want to play with sites that are licensed by entities that will give you a clear course of action to help you resolve the dispute if they are available to you.

What happened with the Affactive Media group and the WinPalace Casino sites was a shame because a lot of people unnecessarily got ripped off just for trying to play their favorite casino games online. However, there are lessons to be learned here that can help you to have a better overall experience and a better understanding of how the whole process works as a player.