Prediction: US Online Poker Will See Another Boom 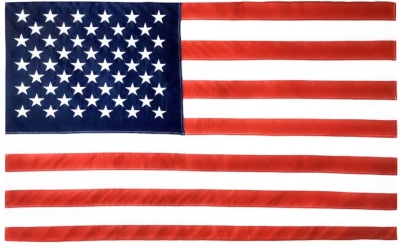 We’ve recently reported on the news that the US Department of Justice is dropping their case over the Wire Act with no intentions to appeal. This is a really big deal that will end up affecting the global online gambling industry.

However, for the moment, we want to specifically address the implications for online poker. The rise and fall of the online poker boom on an international level was tied directly to how it was handled in the US. As things slowed down in the US through various legislative acts, the global market followed.

Along these lines, we want to look here at the implications of this announcement from the US DOJ. Specifically, we want to show everything that’s going on, what has changed and what players from both the United States and other parts of the world can expect coming forward.

The Importance of the Wire Act

Players who were around during the fall of the original online poker boom will remember the UIGEA. The Unlawful Internet Gambling Enforcement Act was passed in October of 2006, and it was the first nail in the coffin of online poker. The passing of this law did a couple of things in particular that are important to the current situation:

Point 1 here is what led to the games ultimately drying up in the United States. This also affected the world market in a major way. However, it’s the second point that really stopped any progress from being made for so long.

On top of this, the Department of Justice was insisting that all forms of online poker were illegal. This came through their insisting that the Wire Act applied to it (when it clearly didn’t). The banks didn’t care to play “online poker police” and risk fines and other costs. That’s why they largely abandoned the entire issue.

In today’s online gambling environment in the United States, things are much different. Several states have regulated the industry, and more are added to that number each year. Almost all of them offer some type of online poker. These sites have players on them, but we’ll get to why that’s not enough by itself below.

Because licensing arrangements have been set up by these states, it’s clear that the second point of the UIGEA is no longer an issue. Take away the Wire Act point, and there’s nothing stopping online poker. One issue is that some players might wonder why there isn’t a boom already, and we’ll get to that next.

The point we want to make clear here is that all major obstacles have been removed. Online poker now has a clear lane to great levels of popularity. However, there are some obstacles that remain, but they are minor overall.

The Issue of Player Numbers

Online poker is atypical in the online gambling world because of the ecology it requires. You need a large enough number of players to keep the games going at a wide enough variety of stakes before a boom can happen. This is because players won’t really commit much of their time without regular games to play.

Individual states have had a hard time getting enough players to keep this ecosystem going. However, one proposed solution is for players to be pooled together. In this way, the states can divide up the rake in the way they see fit based on player interaction. They’ll also make more rake because more games will run proportionately than keeping the games segregated by state.

What’s really interesting is that there’s already a precedent for this. When only three states had regulated online poker, an agreement like this was had for them to share player, and that happened between Delaware, New Jersey and Nevada. Interestingly enough, this has been an idea since the beginning. That’s one reason why we think it’ll catch on.

Tons of players are still left over from the previous poker boom who wish they could play. The problem is that there simply aren’t great options like there used to be for US players. Online poker is alive and well in the rest of the world. However, because it was generally a game most popular in the US, the lack of the US player base killed things off.

The last nail in that coffin came on April 15, 2011. Players called this event “Black Friday,” and it was a big issue that removed the two largest sites at the time (PokerStars and Full Tilt Poker) from the US.

With that having been said, a whole new generation of potential players have come around since that date almost a decade ago to the day. The addition of streaming really adds another level to how popular this could get. Add that to the already existing base of people who really miss playing, and you have a built-in base.

Every major obstacle to a new online poker boom is gone. The Wire Act is no longer going to be considered to apply to online poker. We also don’t have to worry about any aspect of the UIGEA thanks to state-based regulation. Along with that, we know the player base exists, and we also know that states have already combined games before to create an appropriate ecosystem where the games themselves can thrive and build interest.

With that said, there are still some unknowns. It’s unknown how long it’s going to take for the remaining states to regulate the industry. We suspect most will do so sooner rather than later with this Wire Act ruling. However, we may still have some hold-outs for a while.

Aside from that, there’s nothing else really in the way. At this point, all we have to do is wait.