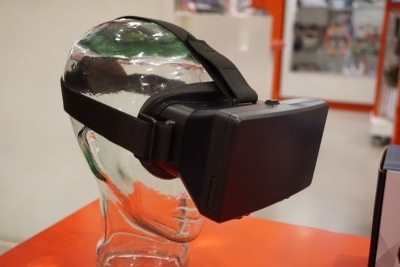 Well into the year 2020, we now look at which forms of technology are going to push the online casino world forward and which will be left behind. Virtual reality is one that definitely seems like it will be a big hit, but how much will players really get involved with it anytime soon?

The Prospects for VR Online Casinos

Something that’s been a certainty for decades is that virtually every new form of technology that comes into the home and becomes popular can be tied to gambling in some way. We saw this with the Internet, and we’ve seen it with mobile devices.

However, we’ve also seen this idea fail with concepts like smartwatches.

This leads to a big question when it comes to virtual reality: Will it become the next hottest way to play like the situation with mobile devices (and computers before them), or will it be a big flop like smartwatches were.

There are a lot of factors that go into what will happen, and while no one can be certain of the future because of how wildly things can change in this industry, the fact of the matter is that there are some very heavy indications on what the end result will be.

The Issue of the Technology

Let’s make one thing perfectly clear to start: There are already virtual reality casinos online that are fairly popular. One of the first to really get some traction was hosted by SlotsMillion, a very popular online casino brand that we have reviewed.

What made this particular VR casino so interesting is that you were able to walk around in a virtual environment and play existing games, most of which were high-end slots from brands like Net Entertainment. However, it mostly came down to having a different interface for playing games that were already available, and there wasn’t much of a difference in the experience as a whole.

Playing virtual reality slots is something that isn’t such a big deal yet because the technology isn’t really being used to its full potential in any way, shape or form. In its current state, VR slots are basically just existing slots with some bare bones 3-D environment set up around it.

While this could change in the future, the hardware is the main problem so far.

On the one hand, we have computers and mobile devices, both of which had online casino industries that blew up and took over. On the other hand, we have smartwatches and advanced virtual reality, neither of which have seen much of a serious movement on that front.

The differences in the amount of success each of these two groups have had comes down to one thing:

Computers and smartphones became known as a type of technology that virtually everyone wanted or needed. However, smartwatches and virtual reality hardware are seen as extras that aren’t essential and that don’t have nearly the same market reach.

The bottom line is that the hardware really just isn’t there for virtual reality headsets and controllers like what you see with smartphones or computers. As a result, there’s not as much of a demand in the marketplace for developers to put forward games that can only be played on those devices, unlike the above example of the SlotsMillion virtual reality casino that most people simply played with on their computer or mobile device.

What this means is that the key component to whether or not virtual reality online casinos become a main sector of the industry hinges on how virtual reality is handled in other aspects of life and whether it becomes a “must have” technology.

Prospects for the Future

While this sounds like doom and gloom for now, we think that it actually spells a very bright future for VR online casinos in the future, and we’ll explain exactly why that is.

The long and the short of it is that we believe that this hardware will become more popular and more widespread as two things happen:

We have plenty of reason to believe that both of these factors will happen, and here’s why.

First off, the cost of hardware for this sort of thing is already pretty low compared to comparable devices of other types, but we expect more features and more accessibility to the Internet to continue to expand. That’s the natural way that these things go, and as the online experience increases, you’ll see what we’re going to look at below.

Second, there are plenty of ways to interact on the Internet already, and the growth is there. However, mainstream sites are only now starting to pick these things up.

Imagine browsing the Internet with special controls for within the virtual reality environment. Imagine the same for watching videos, perhaps in 3-D, of live events like sports games or concerts.

All of this is right around the corner, and that’s when we believe the popularity of this medium is going to blow up. That’s the sort of thing that tons of people would line up for because they already do these things on their computers and phones, and the VR headset scenario would be the natural continuation of those trends.

We’ve already seen demonstrations for virtual reality games like blackjack and roulette from major names in the online casino software industry like Net Entertainment, Microgaming and more. Our point is that the technology is already there, but it’s not something that they have pushed as a main product just yet.

The idea here could be that they’re waiting for the hardware and online interfaces and popularity to catch up before they push into a product that hasn’t really reached its maturity yet.

On the other hand, there are some things missing for these games that can only come forth once they get things moving and players start getting in on the action. Dealer-based games where you see cards dealt or dice manipulated would be one place to start, and there’s not really a whole lot along those lines that are available.

While some companies have started producing games that have 3-D dealers that work similarly to live dealer games, they do not have strictly VR-related components.

With that said, it’s important to understand how amazing it would be to play with a live dealer when it looks like you’re actually there in the middle of the game, and that’s definitely something that we would expect players to jump to.

If you look at each of the individual sub-genres of casino titles, especially with what’s popular online, you can see a lot of possibilities for how VR could be integrated into the experiences.

We mentioned live dealer games above, and that’s an excellent example of how these things could go. You could look around to see other players at other tables, and you could possibly even chat with the avatars of others at the tables. Virtual avatars could represent you in the game while you see live dealers from various angles.

Another option would be enhanced slots. Right now, slots are contained to a sort of 2-D interface, but they could come alive within a virtual reality world. A good example of how this could work could be that you actually use your hands to move reels around or to spin individual reels in some way, and that’s not to mention using them to actually control more traditional games that could immerse you with the graphics as if it’s going on all around you.

Finally, more traditional table games like roulette or craps along with machine-based titles like video poker could become a lot more interesting since you could have the illusion of physically interacting with the games themselves like you would in a brick-and-mortar casino.

All of this is not to mention the possibilities that open up for new types of games that are not constrained by the usual things that you see from the existing genres and sub-genres. Casino-style gambling in a 3-D space through a virtual reality headset would allow you to experience things that you can’t in person or in the typical online environment, and the possibilities along those lines are obviously tremendous.

There’s no way to know exactly where the virtual reality sector of the online casino world will go. However, there are a ton of possibilities to get excited about, and we’re sure that the top suppliers have plenty of ideas to put into action as soon as the hardware prices and viability open up.

We really believe that this will be the next wave of technology for the future that redefines the industry in the same way that mobile play has done, and we don’t doubt for one minute that the brights minds on the software side could make it happen.