The Evolution of Mobile Online Slots 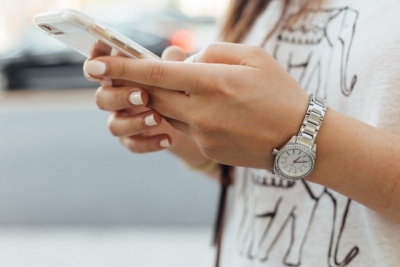 The mobile slot sector is one of the most popular areas of the online casino world as a whole, but that wasn’t always the case. The history evolution of this incredibly popular genre tells us a lot about what players want and what things will most likely look like in the future for these games.

The Progression of Online Slots From Then to Now

Online slots are some of the most popular games available in the entire online gambling industry. In terms of total wagers placed, sports betting is the only real competition that they have. This goes back all the way to the early days of the online gambling world when slots had a tremendous level of popularity from the beginning.

If we look at what is fundamentally not disputed about this period of the industry, then we can learn what led to things getting to the point they are now. From there, we can use that information to figure out what we are likely to see in the future.

Here we’re going to break down the fundamentals of how the mobile slot industry evolved from the very beginning to the modern area and show the lessons that can be learned from that development over time.

The online gambling industry started off in the mid-1990s. It’s disputed which company really got real money play off the ground first, especially since multiple companies want to claim to be first for marketing purposes, but there are some things we do know for sure about that period of time.

To begin with, we know that things started to kick up before most homes had Internet access of any kind, and when they did have access, it was on a pretty slow dial-up connection. The implications of this is that not much bandwidth could be used at all, and that severely limited the use of complex graphics and music because the game files had to be pretty small to actually run.

It’s also worth noting that there were no unified ideas about how these games needed to be produced. As a result, there were no real platforms that were used across the board to make things easier on players and developers alike.

There are a few key lessons to learn from this period of the industry:

These lessons play out over the entire history of mobile slots, which we’ll start to see very quickly in what follows.

The Beginning of Mobile Slots: Java

Mobile phones in the late 1990s and very early 2000s weren’t much like what we have now. The software being used on the most advanced of these devices could run some very basic apps on a stripped down version of Java at the most, and that was a minority of overall mobile devices.

The screens were so small that extremely basic black and white pixel graphics were all that could be used, and these were exclusively three-reel games without any special themes or concepts used. They were played a bit, even for real money, and that shows that people want to play even if the games aren’t that great.

Once this demand was shown, each progressive increase in what mobile devices could do led to another increase in how these slots were put together and played.

The Java games didn’t really take off, but they showed that there was a demand there that could be met if the hardware and software caught up. That’s the premise behind why Flash-based mobile slots really took off on the mid-late 00s.

Flash was a platform used to create apps in a web browser, but it was also used to run apps on mobile phones. Slot providers put two and two together and decided to allow players to download and play real money slots based on the Flash platform on their mobile phones.

The difference between the Java-based and Flash-based games was night and day. Flash allowed for much more complex graphics, and when you added that to the larger phone sizes (both physical size and resolution), you could actually start to have proper video slots with five reels while on the go.

With the usage of Flash in mobile slots, there were a number of differences in the games that were immediately available while out and about:

At this stage in the game, there was still a separation between mobile and desktop games for the most part. Some titles could be played on both, but there were usually a mobile-specific version of desktop games that were a bit different, especially from a graphical standpoint.

Once Flash had a solid presence, the smartphone revolution happened, and developers started pushing more and more this idea that one version of a game could be played on both mobile devices and desktop computers. This would cut down on development time and allow for more titles to be released over the long run.

However, there was a problem on the horizon: Flash had more and more security flaws discovered each year, and it wasn’t really designed to run efficiently on newer devices.

At the same time, HTML5 started coming on the scene, and it caused things to shake up quite a bit. While HTML5 games were larger than Flash titles in most instances for the same type of game, they had the advantage that they could do a lot more with a lot less in terms of other system resources like memory and processor power. As a result, HTML5 mobile slots could get more out of the existing hardware, and file sizes weren’t so much of an issue at this point with much faster data speeds than what was available before.

As the hardware and connection speeds of mobile phones and tablets got better and better, the gap between HTML5 and Flash got larger as well. Because of the massive security issues, Flash started being phased out, and most companies started shifting things over to HTML5.

One issue with this is that older games would take resources away to be replaced with updated HTML5 versions, which means that many older titles aren’t going to be available in the future. With that having been said, it’s a necessary change that can’t be prevented.

In the modern era, we have games produced based on HTML5 that really give players the same level of experience on both desktop and mobile with no concessions. On top of that, they’re able to achieve better and better levels of quality, even including elements of virtual reality, using the HTML5 platform in mobile slots.

The evolution of mobile slots online started with Java-based games and then progressed into the early days of Flash where you could actually start to see how things were pushing toward the video slot-based sector that we have now. This is how we ended up where are now with excellent titles that can be played anywhere you want and most players getting in on the action via mobile instead of desktop.

We expect the mobile slot industry to make leaps and bounds as the hardware and connection speeds get faster and faster. This could include more streaming audio and video, better graphics, more elements of virtual reality and whatever else developers can come up with.