The Exaggerations and Realities of Blackjack Card Counting 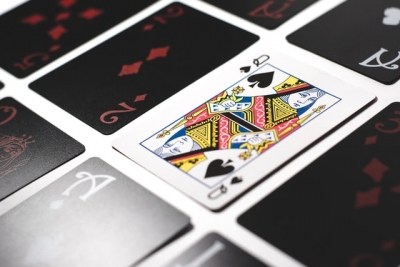 Card counting in blackjack has been romanticized in various forms of media. In movies, television shows and books, it’s been made out to be this magical thing that beats the casino. However, in reality, it’s not nearly as glamorous, and it’s not particularly effective in modern games.

Card Counting in Blackjack: The Truths and Myths

In 2003, a book was written called Bringing Down the House. It detailed the adventures of a blackjack card counting team from the Massachusetts Institute of Technology and other top universities. Since then, the idea of counting has entered popular culture in a major way.

Because of this, more people have heard of it than ever before. However, a ton of misconceptions exist, and the romanticized version of how it works from these stories, and the movie “21” made after them, are the source.

While they made a ton of money and exposed more people than ever to blackjack, it did have some problems. Unfortunately, a lot of people saw this and decided they too would make a lot of money from blackjack. It doesn’t quite work like that for the vast majority of players because it’s a lot harder than it looks.

Here we’re going to look at some of the exaggerations and myths that came from this book and film. In particular, we want to focus on things that might give players problems or get them in trouble at the tables when it comes to having the best chances of a good experience and maximizing win-rate.

Myth #1: It has to do with keeping up with which specific cards are in the deck.

The most common myth we see has to do with the general public’s understanding of what counting actually is. In the 1988 movie Rain Man, there is a man with a photographic memory who can remember where each individual card is located in the deck. As a result, a lot of people think that it’s this type of memory that constitutes card counting.

At some point, the payout rate can be increased so much that you have an edge against the casino. When this happens, you make bigger bets than usual to take advantage. If you do this (and a number of other things) properly, then you could theoretically turn an overall profit. It’s obviously more complicated than that overall, but that’s the basic idea as a whole.

This is something we see a lot from people who aren’t really that a familiar with casino games in general. Unfortunately, a lot of them hop into blackjack games after reading a couple of card counting tutorials. Their expectations get the best of them, and you can see how that would be a problem.

Instead of it being a guarantee, here’s more of the reality of the situation:

On top of all of this, there’s simply no guarantee that you’d win anyway. It shifts the odds in your favor in the best cases, but that’s not enough to guarantee a win.

Myth #3: You can count cards in online blackjack games.

We’ve seen it happen too many times to count. Someone discovers card counting and tries to do it in a normal online game. It simply won’t work, and we’ll tell you why.

Counting cards requires a significant number of cards to be dealt from the shoe. If they’re shuffled after each hand, which is what happens in regular online games, it doesn’t work.

The reason you need the cards to be dealt so deeply out of the shoe is really simple. Counting works the best when most of the shoe has been emptied. That’s when you’re the most likely to find a big edge against the casino.

Without those cases, you simply can’t turn a profit using card counting. You just straight up never get the chance to.

One exception to this last myth does exist. Some live dealer blackjack games can be vulnerable to card counting in certain instances. However, protections are in place from most providers to make it more difficult.

For one, they don’t always clearly show how much of the shoe of cards is remaining. This is a piece of information needed to make counting work. Additionally, they won’t usually let most of the shoe be dealt. As you can see from the above, that throws a wrench into things.

These myths are things that we keep seeing over and over when it comes to card counting. We like to clear things up so that players can have the best experience possible.

While movies, books and television shows have perpetuated misinformation in the name of glamour, it can still be a lot of fun to watch and read. However, you have to make sure that you understand the realities of the situation as well.