The Manipulation of Volatility and Adjusting in Online Casino Games 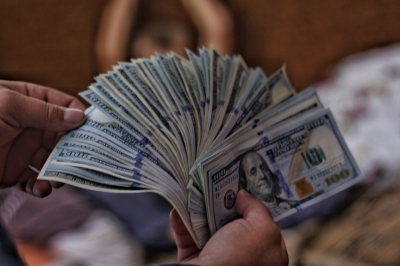 The ability to manipulate the volatility of the online casino games that you play is a good skill to have because it allows you to avoid a lot of the serious swings that can come with certain types of games. In the following, we offer theory and practical advice on how to deal with this inevitable aspect of your experience.

When it comes to any type of gambling, but particularly with online casinos, the volatility of the experience is something that players can feel like they are hopeless to do anything about. While this isn’t necessarily the case in most games, it’s not something that’s widely known or understood because it doesn’t directly affect the house advantage or payout rates.

Because payout rates and volatility are separate entities, and because there’s such a focus on the former in general, the latter gets heavily ignored.

What we want to do here is fill the gap in the discussion of how to manipulate this aspect of the games that you play. While the realm of strategy generally deals with how to keep your payout rate as high as possible (and the house edge as low as possible), this is more about how to work with the game instead of against it so that you have an easier time and a smoother experience.

Before we get into the nitty gritty on how to make the types of adjustments we’re looking for, we’re going to look at the absolute basic principles of volatility, which largely surround your betting options.

In any given game, you can always change two things: the size of your individual wager and how many wagers you’re making during a session. Manipulating these two pieces of the puzzle will have its own effects on volatility and potential payouts, which we’ll quickly cover here before getting into specific examples.

Suppose that you have a game, it doesn’t really matter which, and you’re wagering €10 per bet. If you were to drop that down to €5 but make two bets instead of one, then it would drop your volatility down substantially.

However, there are some other affects to doing this:

Let’s address each of these individually.

To the first point, you’re not necessarily going to increase the length of your session even if you double the number of bets you’re making. We’ll look more at this in the next section, but most players enjoy their games at a very leisurely pace and do not take advantage of speed-enhancing features very often.

To the second point, you can end up wagering the same amount total during your session if you adjust properly, which largely takes this issue off of the table.

To the third point, if you’re having to bet so much that you’re uncomfortable with the volatility in a game to avoid this type of payout rate issue, then it’s a sign that you should pick another game.

Before we jump over to the next section, we also want to point out that the opposite is true. If you were to double your bet size to €20 in this example instead, and only make half as many wagers, it would drastically increase your volatility along similar lines.

Volatility and Your Rate of Play

Volatility is primarily measured in terms of the number of wagers you are making and not so much the total amount that you are betting. What that means is that you can wager the same amount in a given session as the next, but if you do it in a larger number of actual bets, then your volatility will be lower with respect to the amount that you’re betting.

This is tied to the issue of changing your bet size, but it’s the opposite side of the same coin.

Think about a simple wager like flipping a fair coin for €10. On average, you will break even, but after a single spin, you’ll always be €10 away from this average profit.

Even though the same amount is wagered in these two examples, the fact of the matter is that you end up closer to your average payout rate more often in the second example, which is essentially the definition of having a lower volatility in casino games.

While the above illustrates the theory behind how volatility works in online casino titles, it’s best understood by most people most of the time with concrete, practical examples. We’re going to look at how volatility can be manipulated with simple adjustments in actual games based on the above ideas in what follows.

Slots are a genre of games as a whole where the general consensus is that it’s all about luck with no skill involved whatsoever. While that’s true in the general sense, you still have options to manipulate aspects of the game to limit the volatility. Once again, skill is more the realm of manipulating the house edge/your payout rate while volatility is separate from skill completely.

In most slots, the volatility is pretty constant in the sense that it’ll always be the same in proportion to your bet size. That is to say that your swings will be twice the size if you double your bet and half the size if you cut it in half.

That means that changing your bet size and the resulting number of bets that you put in within a given session is the easiest and most straightforward way to manipulate online slot volatility levels.

If you want to speed your play up with a lower bet size, which is a common adjustment for high-volatility games, then one option is to simply use the autoplay feature. This will typically get in more spins by limiting excessive animations between turns. Another option is that some games allow you to use a “turbo mode,” or something similar, which will speed up the rate at which the reels come to a stop.

An interesting feature of European roulette is that every single possible wager you can make has the same house advantage. However, the volatility of your bets can vary wildly. This leads us to a really straightforward idea:

To lower your volatility in European roulette, choose wagers with better chances of winning and lower prizes as a multiple of the amount that you’re betting.

It doesn’t have to be anymore complicated than that. However, you can simultaneously increase your bet size while switching to a bet that has a lower payout to effectively have the same volatility as well, just to give an idea of what the possibilities are.

There are two primary options if you want a highly strategic experience, and those are blackjack and video poker. Both, however, also allow a really basic way to manipulate your volatility.

Both of these genres of games have multi-hand versions that allow you to play multiple hands against the dealer in blackjack or draw to the same hand multiple times in video poker. These options, once again, have the same effect of lowering your volatility as long as you spread your bet across them evenly instead of increasing your bet size in total.

To give an idea of what we mean, instead of playing blackjack for €3 per hand, you could play three hands at €1 apiece.

Volatility manipulation is one of those topics that doesn’t get talked about so much because it doesn’t directly impact your bottom line in terms of payout percentages or the house edge. With that said, it’s still an important topic that offers a lot to players who want to customize their experience.