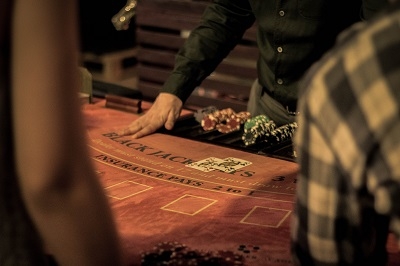 A wide range of myths have been perpetuated in the online casino and online gambling world. Some of these started in their land-based counterparts, and others originated in the age of Internet play. Regardless, here we break down some of the most popular myths and why they aren’t true.

Understanding the Most Popular Gambling and Casino Myths Around

As human beings, we have very complex minds that hinge around one fundamental problem we face. On the one hand, we are extremely curious creatures who seek to explore and understand the world. On the other hand, so much randomness happens in the world that we can’t hope to understand it.

In the intersection of these two sides of the equation, something interesting happens. Myths and superstitions are born to try to explain what’s going on and how to navigate it.

Since gambling involves a lot of randomness in most cases, especially in casinos, it’s not hard to see how a wide range of different types of gambling myths originated. In what follows, we’re going to take a look at some of the most popular of these. Additionally, we’ll try to give you an idea of how they’ve started, how they affect people and games, and why they simply aren’t true.

This myth started in land-based casinos. The overall idea of the myth is that winning will be easier if a casino has a lot of foot traffic and play. However, this has actually carried over to the point that many players will only get in on the action in online casinos if they have a whole lot of people playing. This could mean only playing at the most popular sites or only playing at peak hours.

Of course, this is all false. The origin of this myth probably comes from the fact that you’ll have more big winners in more popular casinos. However, this is simply because more bets are being placed. Naturally, you’ll have a lot more winners, but you’ll also have more losers as well. Everything stays in its natural, average proportion, but our need to try to explain that randomness can get the best of us.

An easy way to think about this is to consider the difference between a casino with 10 players and a casino with 100 players. If they’re all playing the same game with a jackpot, then the casino will 100 players will hit that jackpot 10 times as often. However, it’s not because it’s easier to win there. Instead, it’s only because more people are playing in the first place.

Card Counting is Against the Rules

Counting cards really got started as a popular subject around the game of blackjack. Even today, that’s the game it’s most associated with, even though other games can be influenced from it. Since in the early days it was a legitimate way to get an edge against the casino, the house sought ways to discourage it.

This is essentially the origin of the idea. Players would be escorted away from the tables and off of the casino grounds if they were suspected of counting and won for a period of time.

However, it’s not because it was against the rules or somehow cheating or illegal. It’s simply because they didn’t want to lose lots of money to a skilled player.

Even in online games now, a non-trivial number of players think that card counting is a bad idea because it’s against the rules or will get you banned or something along those lines. While they’re correct that it’s a bad idea, they’re wrong about the reasoning. It’s a bad idea to count cards online (except in specific live dealer games) for sure. However, it’s because the shoe shuffles after every single hand, which eliminates the edge from counting cards.

This one is partially true, but it depends on several factors. The myth itself is a blanket statement that all online gambling is illegal. However, that’s simply not true. Many countries and regional jurisdictions have regulated the industry. This has made it explicitly legal in those locations. Others do not have a ruling either way, which makes it legal via not being illegal.

The source of this myth varies a bit depending on where it’s used. Historically, we have seen it a lot in the United States over the years as a blanket statement. A big reason for this is that certain politicians and businessmen have repeated it over and over. However, that’s generally not been because it was actually illegal. Instead, they were often simply trying to protect corporate interests of companies that owned land-based casinos.

This was in a time before they were able to run licensed online casinos in the US. As a result, all online play would have been with foreign-operated companies. While there were some problems with some of these off-shore sites that were legitimate, it generally wasn’t illegal to play them except in specific areas. Additionally, a similar dynamic may have existed in other countries prior to the proliferation of regulated online gambling.

Much like the case for legality myth above, this one isn’t true as a blanket statement. However, some players have definitely been fleeced in certain situations and have never received payouts. Thankfully, that’s mostly something of the past with the high levels of regulatory involvement.

Generally speaking, the vast majority of players who won and didn’t receive their winnings fall into one of two categories. The first category is full of players who didn’t abide by the terms and conditions. This could be cases of underage gambling or using a fake identity, for example.

However, the second category is full of people who played at shady casinos that weren’t properly vetted. We absolutely hate that this has happened to people, and we only review and recommend full licensed casinos that have a track record of paying out when they’re supposed to. As we mentioned above, we’re thankful that the industry has seen such an increase in regulation over the years. This has helped to avoid people falling prey to these shady operations.

Players Should Avoid Online Slots That Have Recently Paid Out Big

The origin of this myth comes down to the idea that certain games are “due.” Generally speaking, it’s also tied into any idea that the game remembers when it paid out last and will hold off for paying again for a while for some reason.

Fundamentally, that’s not how these games work at all. Instead, each individual spin has its own independent chance to win. You can think of it like flipping a coin. Just because I finished flipping a coin, and it landed on heads, doesn’t mean that it’s more likely to get tails on the next turn to “balance things out.” Instead, it has the same 50/50 chance as it had on the previous flip. That’s the same case as a situation for a slot that’s just paid out.

However, there is one exception to this myth that happens to be true. If a big progressive jackpot has just paid out, it’ll actually have a worse RTP percentage afterward. You still have the same chance to win the jackpot, however. Instead, the drop in RTP percentage comes from the fact that the jackpot is now smaller. Your chances of winning it on a given spin never change.

The Play of Other People Can Affect My Hand in Blackjack

This isn’t so much of an issue in traditional blackjack games. However, it’s something we see a whole lot in live dealer titles where different people play different hands simultaneously. The idea is that a player who acted before you can influence your hand based on the cards they receive.

Of all of the myths we’re looking at, this is the hardest one to convince people isn’t real in our experience. That’s because of the whole premise of trying to explain the effects of randomness we looked at earlier. For example, consider the following:

The thing to understand is that the situation could have been reversed. Him hitting could have dealt him a 10, leading the way to a 6 for you and a win. This is why the effects don’t actually matter based on what other players do.

We love how much culture there is surrounding gambling and casino play. It’s a big part of what makes the industry so much fun for everyone involved. However, this culture combined with the randomness of some of the games creates a lot of myths. Some of these myths and superstitions are largely harmless, but some of them can cause real damage.

Regardless, all of the ones we looked at here are not real. It’s very useful for players to understand this because it can help them to have a much better experience.