The Real Competition for US and Canadian Online Casinos 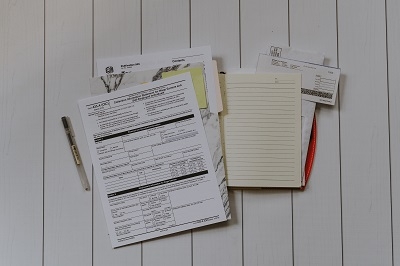 Regulated online casinos (and other types of gambling) are available in much of the United States and Canada. However, the real competition for those sites doesn’t really come from other regulated casinos. Instead, most of it comes from casinos located outside of the jurisdiction.

Understanding Competition for Canadian and US Regulated Casinos

Around 2010 or so, countries in Europe along with the European Commission started to push toward regulating the online gambling industry. Before that point, it was really a lot like a “Wild West” type of situation with no real accountability for sites that violated the terms of their licenses in most cases. As this push became more popular, other parts of the world started following suit.

This included regulatory bodies for online gambling in certain parts of the US and Canada.

However, some key differences happened in North America that has led to some severe issues. Primarily, one of the main issues these jurisdictions deal with is competition from other parts of the world. That’s where the real competition lies for these regulated online casino operations.

In what follows, we’re going to take a look at the nature of the problem. We’ll have a look at why it exists, why it continues to be such a big deal and what (if anything) can be done about it. These are problems that will have to be addressed in very serious ways if these jurisdictions want better results. However, without addressing these realities, they will continue to get sub-par results.

Starting Out: How the Regulations Work

To start off, we need to make it clear how these regulations work. This includes both how they are intended to work and how they work in reality.

Understand that the entire premise is two-fold. First, the jurisdictions themselves want to generate funds for the government, and a significant portion of these funds are used for problem gambling programs. Second, they also want to protect players by keeping standards for the operation of the games high. This is a pretty standard practice in regulating a wide range of industries.

If we keep these two ideas in mind, then we can see why some of the regulations are set up how they are. For example, regulated jurisdictions don’t usually want their players getting in on the action with outside sites. It lowers their own revenue since they aren’t playing with a site that pays taxes to them. Additionally, it doesn’t allow them to protect the players since they can’t hold foreign operators accountable for shady behavior.

In an ideal situation, this would mean that regulated online casinos in Canada or the US would only have to compete against each other. However, when we look at how this plays out in practice, we see that this is typically not the case. Solving this issue is difficult, however, and it leads us to see what the real competition is for these regulated online casinos in the US and Canada.

The Appeal of Outside Competition

Despite the risks, a lot of players still see the temptation in playing with other sites that aren’t regulated in their local jurisdiction. One big reason for this is that the selection of games is often somewhat limited. This is because the software regulations in these jurisdictions in North America often create a situation where a single company runs the show. It’s difficult to get multiple software developers under a license, so the number of games becomes naturally limited.

Even if there are hundreds of titles and a great variety to choose from, that doesn’t matter. This is because there are thousands and thousands of high-level games to enjoy in the global environment. To expect players to not be interested in these games is a bit silly.

Another issue is that of promotions. Because the assumption is that the competition is limited within a given jurisdiction, promotions are often limited. When you can get a better promotion with a site outside of that regulatory framework, that’s another source of temptation and interest.

Otherwise, you end up in a situation like some of Canada’s provinces had at one point. Estimates determined that only 10 to 15 percent of online gambling in some provinces were happening with regulated gambling sites.

That’s obviously a complete failure of the system, so something has to be done to try to prevent this. Unfortunately for these regulatory bodies, they tend to be really bad at actually enforcing any type of rules about this.

One reason is that it requires preventing players from accessing certain websites. While this can be done from the point of view of government intervention, it tends to be slow. Additionally, when one domain is blocked, ten more can jump in its place to provide access to the same sites.

Another option is to monitor bank activity in some way. This was one of the ways that the UIGEA back in the early 2000s was used. It would fine banks for allowing deposits for illegal online gambling. Again, that measure largely failed because it put an unfair burden on the banks to act as regulatory agents.

Pretty much no matter what they do, it’s very difficult to enforce this degree of regulation.

So What Can Actually Be Done?

In light of all of the above, it leaves the question of what can actually be done. This may seem like a hopeless endeavor. However, it’s actually really straightforward and simple.

All they have to do is align the incentives so that it doesn’t make sense for players en masse to play with sites that are outside of the regulatory framework.

What are the easiest ways to do this? Allow more games and better promotions. These are the main reasons that players choose one online casino over another. Along similar lines, the manipulation of these incentives will do more than trying to enforce difficult rules and guidelines.

For whatever reason, regulatory jurisdictions don’t seem to want to put the necessary resources into this. It may just be that politicians who don’t really understand the industry are often put in charge of creating the laws and frameworks for it.

Where Do We Go From Here

For the time being, we’re going to keep seeing what we’ve been seeing. Even if it’s made explicitly illegal, players are still going to play with outside sites given the chance. The only thing that will really change them trying to do this are enforcement of existing laws and new incentives.

As we’ve seen historically, enforcement-based approaches don’t really work all that well. For better or worse, it’s just not something that gets the job done all that much. This leaves the incentives side of things. However, the regulatory bodies don’t seem very interested in taking this route. In any event, the problems are going to keep happening until something changes, which doesn’t appear to be any time soon.