Trends and Fashion in Online Slot Features and Formats 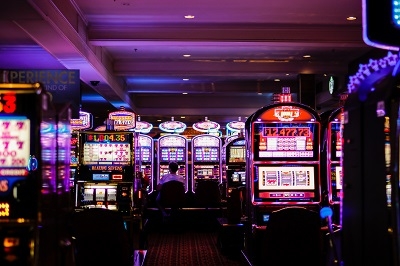 What’s fashionable in online slots has changed in the two and a half decades of the industry. The popularity and trends of certain features and formats can be traced back quite a while. Additionally, those trends extend into the present day fashion of what’s available in today’s newest games.

The Fashion of Online Slots

Fashion in any sense refers to what is popular, current and trendy within a given industry or domain. Sometimes, this can lead to the concept of fashion in situations where you may not expect it. The fashion of online slots and what has become popular or unpopular over time is a good example.

Trends in the online video slot world in particular are what we’ll be looking at here.

We have a few areas of interest when it comes to popular trends in this industry, and we’re going to look at how all three of them have been affected by different changes in the global gambling climate. For each, we’re going to break down some things for you to think about on your own as well. Additionally, this will allow you to understand your favorite games on a deeper level for their historical significance.

Formats and Slot Layouts Over Time

Many people don’t know that the very first slot ever had five reels. This was the case because it was based on making five-card poker hands. From there, three-reel games became popular because everything was mechanical, and it was much easier to make those styles of games. Once video screens became the norm, five-reel video slots took over.

This naturally led into playing with online slots. While you’ll find some three-reel titles as a bit of a throwback, they are far from the norm. People were already used to five-reel games on video screens, so the transition to online video slots made sense. Even now, you can see that influence since most new games simply have five reels.

However, things have been slowly changing on that front. We’ve seen more atypical formats in the past couple of years than at any point before. This has especially extended to games that use the “all ways” format instead of traditional paylines. However, it also includes games that forgo paylines at all and go with matching clusters instead.

To make that even more complicated, we have plenty of games coming out now that use six or more reels (or four or more rows, sometimes both). These titles have a larger format than what you’d normally see previously. They may use paylines like the games that came before them, or they can use the “all ways” approach instead. Either way, they offer a larger game board and different features that fit things along those lines.

If you’ve played any online slot that was made from 1995 until 2010, it probably followed a pattern. Several of the following points were probably true about the feature set of the game:

These five points mostly summed it up for the majority of video slots created during that time, which was roughly the first decade that the online casino industry was going. What’s interesting is that this formula led to a lot of popular titles that are still viable today.

Some new games even follow this old formula, but they tend to not do as well. Instead, the newer generations of online slots have included new types of features that have become trendy. This includes the following that we tend to see a lot now:

We can only have so many variations of free spins, and they have been around for 25 years online. However, they are still popular because software providers keep putting new spins on them, so to speak.

Back in the late 1990s, certain patterns were established when it comes to the themes of slots. We saw a lot of games that used Egyptian themes, for example. Others used a samurai theme or that of being deep in a jungle. While we like to think that games evolve past old tropes after a couple of decades, any look at the dozens of new slots being created inside of any calendar month now will show that this is simply not the case.

It’s not that using these older themes is a problem in and of itself. However, it’s a problem when the developer doesn’t do anything to make the game stand out from others like it.

Thankfully, the top software providers out there usually go out of their way to differentiate new games in these genres. We see new Egyptian-themed titles come out semi-regularly, for example. However, they have new features, new types of graphics and focus on other aspects of the overall Egyptian concept.

The visual and aesthetic styles have changed over time as well, but we see trends there too. A part of this is that the software platforms have changed. The slow, painful death of Adobe Flash in favor of HTML5 is a good example of this as well.

In older times, we would see very plain, basic graphics in virtually every game. That trend stayed for a long time before most people had dial-up connections that couldn’t quickly handle anything else. However, as speeds improved, we started to see the trend shift toward a lot more animation and video footage used. This was even more pronounced as smartphones and tablets started using Adobe Flash to host mobile slots.

Over time, we’ve seen the types of graphics that are fashionable change. For a period of time in the 2010-2016 range, it was popular for almost everything to have some 3-D effect to it, for example. However, that got to be a bit played out, and players don’t really care so much for that kind of thing at this point. Instead, crisp, 2-D graphics with some animation that makes sense is what’s most popular now.

The trends and fashion of online slots are very real things. The three areas we have looked at here are the places where this type of trending popularity is the most easily seen. However, it’s far from the only place in the online gambling industry where trends are important. Bonuses, online casino promotions, tournaments and other events are good examples of other areas where this can be seen as well.

Overall, players who have been around for a while will have seen the trends unfold for themselves. With that said, even newer online slot fans can see how that type of fashion has affected the current product. Moreover, they’ll be able to see how it affects things for them going forward through new trends and ideas.