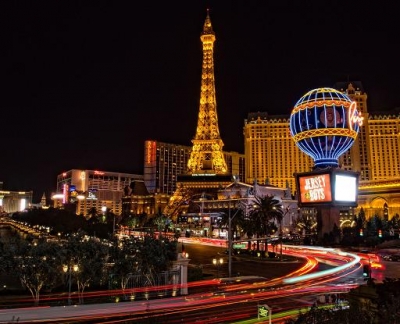 Different people like to play online casino games in different ways. While there are a variety of different types of people, an interesting thing happens where virtually everyone is broken down into one of a few different types of play styles. Identifying your own play style can help you to have better experiences while you enjoy your favorite titles.

If you’ve dealt with a lot of people in any capacity or situation, then you know something from experience: While everyone is different, and while there are tons of people from a huge range of backgrounds, they still seem to break down into a few fundamental types just based on demeanor, disposition and so on.

The same kind of thing happens when it comes to play styles in the online casino industry.

Some people might view this as a sort of oddity that’s not all that important. However, it actually has a critical role when it comes to players figuring out what will work the best for them as individuals. Along these lines, we’re going to break down some of the most common play styles here so that you can understand what drives them and identify which of them you seem to match with the most.

A Note on How These Are Formed

We’re forming these play styles on a few different key factors that we have seen over the history of the online casino industry. While some people may feel like they equally belong to more than one of them, they will be the exception that happens on rare occasion.

The style that we’ll call the Action Style has to do with wanting a lot going on at any given time. This type of play style can be found at a variety of games, but certain genres of games really facilitate it like online slots that have a whole lot of different features.

The primary motivation for the Action Style play style is excitement. As such, they need to be surrounded by some form of controlled chaos so that something new or unexpected can constantly be right around the corner.

What’s interesting about this style of play is that it doesn’t actually need to be for high stakes or a lot of money. It’s not about what’s on the line as much as what the possibilities are and the level of variety that can be found in the experience itself.

If this style of play describes you, then you should stick to online slots that are feature-focused and have a high hit-rate. There are some table games that you might enjoy, especially the game show style live dealer games found from companies like Evolution Gaming that incorporate a lot of different features that hit fairly often.

In a lot of ways, the opposite of the Action Style is what we’ll call the Relaxed Style. This style of play is dictated by a slower pace, a more relaxing atmosphere, less chaos and less volatility in what the experience has to offer.

The primary motivation for people who prefer the Relaxed Style is pretty straightforward: They just want to relax and enjoy a fun, smooth, peaceful game that lowers their stress levels by the end of their sessions. This is a common play style for people who just want to unwind and de-stress a little without getting amped up.

A common type of game to see with this style is a video slot that uses a smooth soundtrack and that focuses on wins from the regular pay table with a low volatility. These games usually have atmospheres that are designed around working with this play style as well, and so it’s a sub-genre that becomes particularly fitting.

Another type of title often frequented by these players is something on the table game side like Baccarat or three card poker that is limited in terms of the strategy and volatility levels involved. Instead, there’s a straightforward style of gameplay that uses little to no strategy and that doesn’t involve new features popping up all the time.

There are certain players out there who enjoy breaking apart systems, learning how they work and optimizing them, and those players tend to prefer the Strategic Style of play in online casinos. As a result, they seek out games that have a higher level of strategy and complication, and they look to improve at those games to maximize their chances of winning.

The primary motivation for this type of play is learning and exploring the game itself through a study of strategy and game mechanics. While they usually expect to take a small loss over time, just because that’s what the house edge does no matter how low they can get it, they tend to view it as a small price they pay for the entertainment and enjoyment they get out of their work on the games.

This style of play is different than most because so much of it focuses on what happens when they aren’t actually playing the game. A lot of reading, studying and calculating can go into it, most of which happens away from the online casino software itself. Instead, this becomes a more rounded type of thing that is a reflection of who these people tend to be in the rest of their lives.

People who prefer the Strategic Style will gravitate primarily toward blackjack and video poker variations because they have the highest degree of strategic complication paired with the ability to get the house advantage down to a much lower level. However, some other titles also fit this type of style, and that includes the more complicated forms of casino poker.

We also want to comment on a style that we’ve seen since the industry first started in the middle of the 1990s. We’ll refer to this as the Penny Player Style, and while it does focus on players who go for the smallest stakes available, it doesn’t apply to everyone who prefers low stakes.

Instead, the Penny Player Style that we’re defining here is a certain type of player who will try just about anything and bounce around to different games a lot while playing for the minimum (or close to the minimum) allowed in any given game.

The primary motivation with this type of play is variety and trying different things. If they end up hitting some wins, that’s great, but the main source of enjoyment for people who have this style is spending some time trying a large number of things. They’re different than other types of players since they aren’t looking for any one thing in particular, and instead, they really just want to constantly be trying something new.

Players who like this style will bounce between slots and table games a bit, but you’ll find them playing whichever slots have been released the most recently in disproportionate numbers. The reason for that is simple. First, there are more of these slots than there are all other types of games combined. Second, it’s the newest, freshest thing out there, and seeking out that sort of thing is their primary motivation to begin with.

This is the fifth and final style that we’re going to look at here. With the Jackpot Chasing Style, you have a certain mode of play that is all about trying to hit the largest wins that the industry has available, and they don’t really care about anything else as a result.

The primary motivation for these players is to hit a big win. They don’t care so much about small or medium wins, and they also tend to care less about things like bankroll management or game variety. Instead, they’re focused primarily on going after the biggest jackpots they can find, and they’ll play the same game for months (or even years) in their quest to nail a jackpot because game variety doesn’t usually mean much to them.

Perhaps surprisingly, there is a degree of skill that is a part of this type of style. That’s because players will often keep up with which jackpots have increased in size and play with the games that have jackpots that are disproportionately large. This helps them to win the most the times they do hit a big payout, which is definitely a form of strategy through game selection.

The bottom line is that there are a number of different ways to play these games, and while no two people are the same, they do tend to have certain types of ways of playing and approaching casino games. This boils down to whatever your primary motivation happens to be, so if you can figure that out, then you can figure out your accompanying style as well.