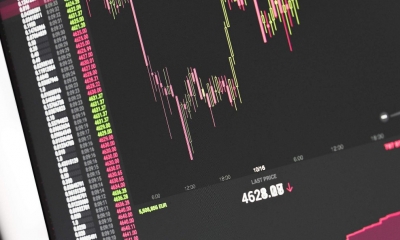 The differences between high-volatility and low-volatility titles, and how that relates to payout rates in casino games, is something that a lot of people are confused by because they’re rarely explained in a way that makes sense. In what follows, we’re going to break these concepts down in a way that isn’t super mathematical or otherwise made into an over-complicated mess.

You’ll often see different numbers thrown around in the online casino industry to describe the various aspects and characteristics of various types of games. A slot might be described as having a high volatility but a payout rate (or return to player percentage/RTP) of 96.5 percent.

All of this can seem like a bunch of random, technical mess to players who aren’t sure what these terms and numbers mean.

As a result, instead of this information being something that players can use to become more informed about what they’re choosing to play, it really only serves the purpose of further alienating people from finding out more about the games they love.

We want to break down these terms without so much math or technicality so that they’re easy to understand on an intuitive level without needing to give some kind of massive formula or convoluted explanation for everything.

Before we jump into it, we’re going to look at what these two key metrics are and what they mean on the macro level.

These two metrics, payout rate and volatility, do not influence each other in any way, shape or form.

With this macro-level explanation out of the way and the clarity that these are describing two different characteristics of casino games, we’re going to break down each one of these individually with some examples.

The payout rate of a game is really the first thing that players should look for unless they already know a specific title that they want to play. This is typically expressed as a percentage, so you’ll see something like 97.2 percent of 95.9 percent.

This is sometimes called the return to player percentage in certain games, or RTP for short, particularly in slots.

If you subtract the payout rate from 100 percent, then you’ll get the house advantage as a percentage also. For example, if you have a game with a 98 percent payout rate, then it’ll have a 2 percent house advantage. In this way, you can tell one of these rates if you have the other, so we don’t really treat them as two completely different and unrelated pieces of information.

What this percentage actually means is based on how much of your wagers you’ll get back on average in winnings. For example, if you play a game with a 97.5 percent payout rate, and you wager €500 total on it during a session, then you’ll win back 97.5 percent of €500, which comes to €487.50, on average. However, if you’re lucky, then you’ll perform better than that, and if you have a bad streak, you’ll perform worse.

With all else being equal, having a higher payout rate is better than having a lower one. Along similar lines, if you can get your payout rate above 100 percent, which is possible in certain select scenarios, then you will be winning more than you’re putting into the game and will have an advantage against the house.

Volatility has to do with how much your results will vary in the short-term. It’s a concept that’s kind of hard to explain without giving examples, and that’s what we’re going to try to do here.

Imagine you’re flipping a fair coin with a friend for €10 per flip. On average, the payout rate will be 0 percent because you don’t expect to make any money in the long run since you both have an equal chance to win with equal payouts. With that said, the volatility will be pretty low because it’s unlikely for things to get too far away from being 50/50 even in the short run.

But what if we’re rolling a six-sided die instead? We’ll say that you win €5 if you roll a one, but you lose €1 to your friend on all other numbers. On average, you will break even in the long run with a 0 percent payout rate.

However, the volatility is going to be higher than the coin flip. The reason for this is that it’ll be much easier for you to go on streaks where you win or lose quite a bit more than you should on average in the short term. If you hit a few ones inside of just your first ten rolls, which isn’t all that unlikely with all things considered, then it could take your friend a while to get back to break even. Likewise, you could go on some pretty significant streaks without any ones being rolled, which would put you in the hole for a similar period of time.

The point here is to illustrate that you can have two different games with the same payout rates but with much different levels of volatility without having to get so much into the math involved.

Before we finish up with this, we’re going to look at a few real world examples of how this can impact your play. These are real things that affect your gameplay style, bankroll management strategies and other aspects of your experience that require a basic understanding of payout rates and volatility.

Every single wager in European roulette has the exact same payout rate. However, the volatility can vary greatly.

For example, there’s a massive difference in the volatility of an even money wager on something like red or even compared to that of a straight-up bet that only wins when one particular number is hit.

As a result, many players adjust their strategies in European roulette based on whether they want high-volatility or low-volatility experiences.

To adjust, players in progressive games will often play with bet sizes that are much lower than what they would play in other titles. This helps them to smooth out the swings that come with a high-volatility style of play.

Each different type of video poker will have its own level of volatility, but there’s a big difference between games with a lot of wild cards and games with none.

Jacks or Better, a non-wild card game, has a very low level of volatility and generally doesn’t offer much in the way of big swings. On the other hand, something like Deuces Wild has a pretty high percentage of cards that are wild as a portion of the deck, and this really drives the volatility upward.

The bankroll management guidelines for these games are much different as a result, and you have to take smaller wagers in the Deuces Wild scenario to keep the same level of risk of ruin overall.

The key thing to remember is that volatility and payout rates measure two completely different things. If you can remember the general idea of what each of them do and what high and low volatility mean, then you’ll know pretty much everything you need to know to get along just fine playing all kinds of casino games.