What to Expect From Online Casinos in the 2020s 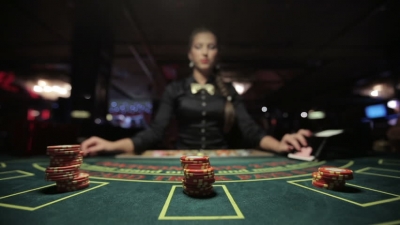 In the 2010s, players saw major changes in how the online casino industry was handled and what types of games and platforms were used. Moving into the 2020s, we take a look at what’s expected to change and what’s expected to stay the same over the next several years.

Online Casino Games and Software in the 2020s

When we look at how things have changed in the online gambling industry in general and the online casino industry specifically since it first started off in the mid-1990s, there are some clear narratives that have played out. Throughout the 2010s, we saw the natural continuation of many of these narratives, but we also saw a number of them die off only to be replaced by new ideas, concepts, developers and operators.

As we progress into and through the 2020s, we’re going to see even bigger and more impressive changes in the casino games and the technology that players use to enjoy them.

In what follows, we’re going to take a look at a number of things that we expect to happen in the 2020s for the online casino industry. We’ll break down the historical context for each of these points as well and really give players an idea of why we are making the predictions that we are.

A Hard Push Toward Virtual Reality

Right now, we already have some of the groundwork laid for VR online casinos. There have been some steps taken in that direction, but things are going to heat up and really take off.

With that said, you should first understand some of the reasons why they haven’t so far but why they will in the 2020s:

Virtual reality is going to be one of the big areas where technology in general shifts for movies, video games and many other types of media. We’re already seeing this to smaller degrees, but it already has enough of a footing that it’s getting bigger and bigger each year, and the 2020s will be no exception.

A problem that we’re already seeing with mobile casino games is that they’re starting to get as far as they can in terms of how advanced they are. Everything that can be done on a computer is being done using a smartphone or tablet at this point, and most new products are optimized for the mobile environment first and the computer second.

This includes everything from pseudo-virtual reality to live dealer games and more.

While this is great for players who want to take their play with them on the go, the days of mobile being the newest and freshest thing is likely to stall in the early 2020s. This is simply because people are already doing more on their phones than their computers, and have been for a while, and the mobile growth has increased for so long that it will eventually reach a point where it cannot be sustained.

Once we get to that point, it’s going to be interesting to see what starts to emerge in terms of new ways to play. While virtual reality is one option, there are plenty of others that could pop up, and we’re going to look at some of them in this list.

A Resurgence of Table Games

For a long time, it’s been online slots that have gotten the vast majority of the attention from software developers, and there are good reasons for that. There are more slots than all other genres combined at virtually any casino, online or land-based, and that’s something that holds in all parts of the world for the most part.

What we’ve started to see heading into the 2020s, however, is that table games have started to get more attention. One reason for this is that many players have been enjoying pretty much the same versions of the same non-slot titles for quite a while, and that has given software developers an opening to create fresh versions of these games with new graphics and some different options than usual.

We think that this trend is just starting to really pick up at the turn of the decade, and in a time when many players feel like video slots are starting to be played out, it could be the table games side of things that rise in popularity as a result.

For several decades, the most popular format for slots have been rectangular grids of symbols with paylines that cross those grids horizontally. We’re thinking that it might be time for a new paradigm to happen in this particular area, and the 2020s would be the time for it to happen.

There’s clearly a lot of room available right now for something truly unique, and players are absolutely starving for it. As mobile starts to slow down and as table games start to get more attention, we think that we’re going to see a break away from the usual video slots and into something completely different for players instead.

While it’s clear that a lot of what we have put forward in the above is speculation, there’s a good amount of evidence and logic for most of it. There are certain patterns that hold in the gambling world, and some of those patterns are starting to play out, especially from the technology side and the side of things regarding something fresh and new in the games.

We’re really excited to see something new come in the 2020s, and we’re sure that some big things will change each year just like they did in the 2010s.