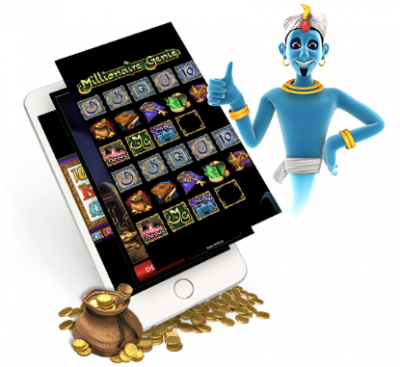 The common advice given for game selection in the online slot industry hasn’t changed much compared to what we given for brick and mortar games decades ago. Instead of blindly following and repeating those suggestions, here we make some fresh recommendations for the modern era.

The Passing Down of What Was Once Solid Advice

Advice being passed down is an interesting thing. Sometimes, it’s passed down more out of habit than because it has any practical value. Other times, it gets passed down without being adjusted to account for changes in circumstances over time.

For these reasons and others, we have to be careful when blindly following “standard” advice and guidelines.

If we consider all of the advice that players get for slot selection in today’s online games, we can see the effects of advice being passed down for reasons other than its objective value. In what follows, we want to break down some of the “standard” advice. However, we don’t just want to say everything you’ve been told is wrong. Instead, we will look at each piece of common advice and examine it critically. Additionally, if a piece of “standard” advice fails in the modern environment, then we’ll offer updated suggestions.

Overall, our goal in doing this is straightforward and simple. We want players to know what they’re getting themselves into with eyes fully open when selecting games. By having the best information available, it allows you to pick slots that are the best for you. In turn, you’ll have better experiences.

The Question of Progressive or Non-progressive

Traditionally, progressive online slots have been made to seem like they’re the most popular. The reasoning behind this “common sense” advice is simple. When the top prize can be huge and life-changing, players assume that it’s a big draw. While that’s true to an extent, it misses a lot of the bigger picture.

For one, it misses that an absolute ton of progressive slots are found online in today’s industry. Some individual providers like Realtime Gaming have dozens of titles with small and mid-sized progressive jackpots. However, several of those titles aren’t particularly popular because of how dated they are. Even games from other providers that have larger top prizes can still see a lack of players. This is largely due to the graphics, presentation and features becoming outdated compared to newer releases.

How Providers Have Adjusted Progressive Slots to Changing Times

The solution to this, and a clue to how to handle game selection in the face of it, is actually pretty simple. They’ve managed this with jackpot links across multiple titles. The Mega Moolah series is a good example. However, it did start with a single title by the same name, but Microgaming adjusted accordingly.

If you want a slot with a big progressive, then you’re welcome to join in with one. However, don’t just assume that it’s what you’re supposed to play. Also don’t assume that all progressive games, even with the same jackpot link, are equal.

Instead, look for newer titles that are tied in with a given jackpot link. In the major linked jackpot series, you’ll see new titles at least a time or two each year. This allows players to have something fresh to play while shooting for big, life-changing wins.

Selecting Slots Based on Volatility Preferences

One piece of advice that’s been passed down for a long time is about payout rates of slots. The advice, roughly speaking, suggests that players should only go for titles that have payout rates in the top echelon. Some people will offer a cutoff of 96 percent or 97 percent as an arbitrary number.

While it’s a good idea to pay attention to the RTP of slots, making it the entire focus of your selection is misguided. In particular, it’s just as important (or even more important) to consider the volatility levels involved. This is a much more important criterion when looking at how a slot title will fit with you as an individual.

Roughly speaking, we can refer to games as having a low, medium or high volatility. Additionally, the higher the volatility, the higher the swings on average. However, lower volatility slots tend to have a higher hit-rate by contrast. This often consists of picking up more frequent wins that are individually smaller on average.

Volatility hasn’t really been something that players were told to pay that much attention to. However, we maintain that it’s one of the single most important pieces of information to focus on with slot game selection in the modern era.

Dispelling the Myth That Game Themes and Concepts Don’t Matter

For the longest time, we’ve heard the same tired advice over and over about slot themes. What we’ve seen people say, historically speaking, is that themes and concepts aren’t important. Instead, they would suggest, you should completely ignore it and only focus on ideas like jackpots and payout rates.

We strongly disagree with this assessment, and we think it’s critical for players to understand why. Here are a few points to consider:

The themes of the games you choose matter a lot. That’s because it has a major impact on how much you enjoy the title in the first place. Overall, we don’t believe that you will enjoy playing slots that you don’t like the theme for. Additionally, it helps players to sort through what they will like the most from the thousands of games out there today.

Establishing Your Own Routine of Games

Our final piece of advice, which is different than the older approach, is about routines of play. According to the older style of advice, it’s all about picking one game and sticking with it. However, if you remember that this was based on playing in person, it’s easy to see how it became outdated with respect to the modern online environment.

The basic idea here is that you should consider your play session as a whole. Additionally, this flies directly in the face of the traditional approach of only considering a single title. To put it another way, perhaps you like to play one game as a bit of a warm up. Enjoying that first title for a few minutes could be followed by getting into some other slots.

However, the point is to pick out what feels good for you. This also allows you to work in several games into a single session. Avoiding the pressure of “traditional” advice to stick with a single slot is a big part of this as well. By setting up your order of games into some semblance of a routine, you can make your entire time playing better fit what you enjoy.

If we had to break things down into one simple idea, it would be this. Play in a way that you enjoy. With that said, some of the older guidelines can be helpful when comparing similar games. For example, with two slots that are similar, going with the one with a better jackpot or payout percentage is a good idea.