Why a Modern Approach to Casino Money Management is Needed 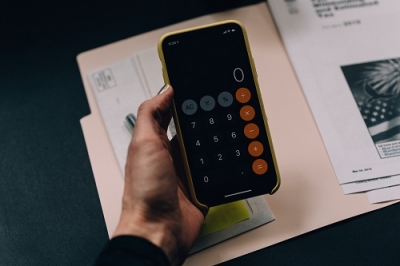 The old rules to money management for online casino players were originally developed in the late 1990s. A lot has changed in the industry since then, and a lot has changed for players in terms of the options they have for transferring and tracking funds, so major changes are needed in how bankrolls are handled.

Keeping Up With the Times: Bankroll Management in the Modern Era

If you’ve been around the online casino industry for a while, you’ve probably seen the topic of bankroll management discussed here and there for players who want to make sure that they get the most from their deposits. It’s also important for handling money in a way that avoids situations where you deposit more than you realized over time and so on.

What we want to put emphasis on here is the idea that most of the “common knowledge” about this topic is based on an online landscape that was developed during the first decade of the Internet while we’re currently pushing into the fourth.

The bottom line is that most people are still playing based on old and outdated ideas that don’t really work as well in present day times. What we want to do is put players in a position where they can use newer tools and concepts to make managing money a lot easier.

Changing Focus From Bankroll to Budget

The phrase “bankroll management” is all about how to manage this seemingly magical bit of money that is somehow completely separate from your overall budget as a part of your complete financial picture. The concept of a bankroll was useful in the late 1990s, but it’s not so important now.

Here’s why: Back then, it was a bit more difficult and generally took days to move funds around, so making a lot of small deposits wasn’t really viable from a practical standpoint. Moreover, promotions were also set up almost exclusively around taking advantage of bonuses that required you to put up as much of your overall “bankroll” as you could to get the most value, which is another layer of things that made larger, infrequent deposits more appealing.

Today, however, there should be a focus on your budget instead of your bankroll. It’s easier than ever to transfer funds back and forth between accounts, so this imaginary wall that you put up between different parts of your money as a whole isn’t really a viable tool anymore. A better option is to consider how your play fits into your budget as a whole, and that’s the premise that we want to work with in terms of giving players better options and tools when it comes to managing their funds.

Starting With the Budget and an Entertainment Allowance

In your budget, you should have some portion that you set aside for casino play as an entertainment type of item. However you want to structure it for your own finances, this is the basic idea at work, and it’s what you should be following now.

For some people, this can be a weekly amount. For others, it can be monthly or however else you want to set it up. The timetable isn’t actually that important.

Instead of being so concerned about the timetable, what you want to be concerned with is never breaking your budgetary guidelines no matter what happens. This is the amount that you’re adding to your “bankroll” each week, every two weeks, every month or however often as a scheduled matter of your overall budget.

Once you have that in place, you get to handle a few different special situations and manage your funds to get the most you can from promotions. We’re going to look at those special cases, which are mostly procedural issues and organization, in what follows.

When You Don’t Want to Make a Deposit

If you don’t want to make a deposit when it’s time for your weekly or monthly money for playing to come from your budget, then you have two options based on the two potential cases.

One case is that you don’t want to play. When that happens, you obviously shouldn’t push it. You can save that money up for a larger deposit later, or you can put it toward some other type of entertainment. It’s a really straightforward idea, but just remember that the entire point of playing is to have fun in the first place, and if you aren’t having fun, then you should probably stop.

The second case is that you do want to play, or you are currently playing with other funds, but you just don’t want to deposit that amount of money at the time since you want to save up for a larger deposit bonus or something. When this happens, you should just keep that money separated from your other funds until the time comes. Once again, this is a straightforward organizational issue.

When You Hit Some Big Wins

Hitting a big winning streak or jackpot is a dream come true for any player, and when that happens to you, then you need to have a plan ahead of time on how to deal with it. If you already know your plan, then you will have a much better chance of not blowing it when the time comes.

First, consider what this plan should look like. A sizable portion of that money should probably be cashed out to use for other purposes as a part of your overall budget, and that can include things like padding your savings, splurging on some items that you wouldn’t have bought for yourself otherwise and so on.

With that said, some of it can also be used to pad your bankroll a bit if that’s what you want. Not everyone wants to increase stakes in a situation like this, and that’s completely understandable. Once again, you should never play higher stakes than you’re comfortable with, and you should make sure to think about your budget and overall financial picture when making these decisions instead of pretending like there’s an invisible wall between this money and the rest of your funds.

How to Handle Big Swings and Losing Streaks

On a day-to-day basis, it can be difficult to handle severe losing swings. With high-volatility games in particular, you can go a while without many small or medium wins to keep you afloat even if you keep your bet size small.

What you want to avoid is a situation where you go bust before your next iteration of your budget comes around and be tempted into pulling more money into a casino account before the time that you have planned for. If you find yourself doing this kind of thing often, then you should consider talking to someone in case you’re showing signs of problem gambling.

Aside from that, the easiest ways to avoid this sort of thing is to simply have a plan. What happens if you lose a quarter of your casino funds? Half? Three-fourths?

These things happen. Wins and losses are going to happen, and that includes both individually and in streaks. The way you make sure that you avoid bad decision-making is to have a plan ahead of time and to think over and revise that plan often enough that you’re confident that you’ll be able to follow it when the time comes.

Planning for Promotions and Getting Value

We’re not going to do a deep dive into this subject here in the general sense, but there are definite considerations for how a more modern approach is needed to getting value from promotions as a part of your overall money management strategy.

Thankfully, there are really only two situations that players will need to adjust to very much compared to more traditional views of how to take advantage of promotional value that came about in the mid-late 1990s. We’ll look at both of them here.

Saving Up for a Welcome Bonus

Traditional wisdom says that you should save up several weeks worth of budgetary entries so that you can take advantage of a welcome bonus with a higher percentage match rate than what you’d normally otherwise see. This is centered in the old idea that the best promotions worth taking advantage of, by far, were welcome bonus packages and that their higher percentage rates (compared to reloads and other deals) were the only thing that mattered.

That’s simply no longer the case for nearly as many players as it used to be. Other offers like cashback rewards, loyalty programs, tournament events and other recurring specials add tremendous value, and the value that comes from welcome packages has been tempered both in size and in terms of much harsher wagering requirements and other terms and conditions.

If you have funds on a site already that allow you to play how you want to, and there are no current promotions on that site that you want to take advantage of that require a deposit, then saving that deposit and holding onto it to build to a deposit for a future promotion is a good strategy. Outside of that, there aren’t many situations where this is a particularly viable approach anymore.

In the 1990s, there was nowhere near as much competition as their used to be, so casinos didn’t care so much about players jumping around. There were only a dozen or two top-tier sites, many of which were owned by just a few groups of operators, so there wasn’t really much of a reason to care.

In the modern era of online casinos, however, things are much different. There are hundreds of sites available for players pretty much no matter where they’re located (with a few exceptions). This means that jumping around for other deals is easier than ever since they wouldn’t really “run out of” welcome bonuses to chase.

As a result, casinos now put much more emphasis on giving players value for staying with them in the long run with things like loyalty points and so on. The idea is that you’ll get more value for staying in one place than you will by jumping around, which obviously affects how you handle your funds.

Used to, making a small deposit each week (or every other week) wasn’t a particularly viable option from a strategic standpoint since you couldn’t maximize your value from bonuses and other deals. However, with the new setup, that’s exactly what will work best for many players.

Frequent reload bonuses with low wagering requirements (and low maximums in general), loyalty rewards programs, cashback offers and other deals are geared more toward this approach to money management, and that means that adjusting to how things are now is extremely important if you don’t want to leave money on the table.

You can’t keep doing the same thing that worked in one time and expect it to always work after things change substantially. The same is true with managing your deposits, withdrawals and money in general in the online casino world.

Whether it’s getting the most from promotions, or whether it’s putting yourself in a position to just keep up with your money and your budget from a better perspective, the whole thing requires a lot of adjustments. While there isn’t as much information out there that covers bankroll management from this modern point of view, it’s not difficult to make the types of adjustments we have talked about here to make things go more smoothly on you in the future.