How Have Online Slots Remained So Popular For So Long? 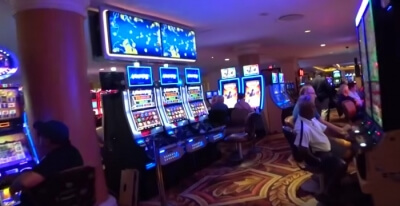 One of the questions we hear from players often has to do with the popularity of online slots. The main thing players want to know in this arena is why this genre of games has stayed so popular for decades. With so many innovations out there, how has no other game genre overtaken them?

The Question of the Popularity of Online Slots

In the online gambling world, different types of games and groups of games get broken up into genres and sub-genres. One of the most popular of all of those is the group of online slots. They’re fundamentally the same in gameplay in the modern era as they were in the mid-1990s.

In spite of that, they have remained the most popular games in online casinos. It’s a pretty reasonable question to ask why that is the case.

Several factors go into this, and it doesn’t just have to do with slots themselves. Instead, it has to do with the overall progression of the casino industry online. Additionally, this includes elements of the mobile revolution in the general sense as well as how Internet capabilities, protocols and connection speeds have changed over time.

The bottom line is that there is an answer to this question. However, it’s a bit complicated and requires some understanding of the overall history of online gambling. In any event, we’re going to break it all down for you here. Even if you aren’t a slots fan per se, you can still learn a lot about why other types of games haven’t been able to overtake online slots as the most popular genre around.

Setting the Stage: Enter the Mid-1990s

Around 1995, we first started seeing online casinos pop up. Players need to understand that Internet technologies weren’t as advanced as they are now. Additionally, connection speeds weren’t as fast, and most people didn’t have Internet access at home. In spite of these realities, basic online casinos with limited levels of game selection started to emerge.

The key elements that led to slot dominance at the time were as follows:

It was a version of the “Wild West” online that started this trend. However, it would get cleaned up rather quickly. In spite of this, the trend had already begun, and everything that came afterward was based on this foundation of what constituted basic game selection.

When we started moving into the 2000s, a very important thing happened that determined the course of online casinos. Flash as a platform started being used for a lot of different purposes. Videos, animations and games shot up in popularity as Flash could run in a variety of browsers. This led to the very first browser-based online casinos.

However, the industry had already been built up so that the vast majority of games were slots.

The first thing most software providers tried to do was convert all (or most) of their games to Flash. Virtually all of these games were only available via downloadable platforms initially. In this mass transfer to Flash, we started seeing “exclusive” games only available via Flash as a marketing ploy for the first time.

At this point, slots were firmly in place as the most popular online casino game. However, what really drove that home was the fact that competition started heating up even more during the Flash era. Since connection speeds were increasing, and since players didn’t have to download an entire platform to play, having more games than the competition was suddenly a big way to get an edge.

Due to the nature of table games, it’s really difficult to create a lot of new ones to compete. However, it’s much easier (relatively speaking) to put out new online slots. The pressure from this competition over new releases caused a ton of innovation in the industry as well.

Late 2000s and the Mobile Revolution

As you can see from the above, the entire industry became centered around pushing new online slots. It was the nature of competition to try to out-perform other providers, and slots were one of the only real battlefields where that could happen. However, once we entered the late 2000s and early 2010s and started seeing mobile phones take over, the game shifted once again.

It didn’t take long for mobile players to make up a majority of online casino fans. Since it was typically easier to play slots on mobile devices because of the smaller screens at the time, table games didn’t really have a chance. Additionally, and like before, slots became the focus of the mobile casino battle. For the first time ever, we started seeing games produced that were made primarily for mobile. In any case, virtually every new slot release by major companies had a mobile version available.

Once again, slots were the focus. Tons of promotion and development went into new styles of play, formats and features. We saw more and more of big brands from popular media being used as the basis for different slots.

Moving Toward Modern Era of Online Slots: The 2010s

The momentum for online slots started in the 1990s and pushed into the 2000s with Flash. Additionally, mobile games pushed all of that along even more. Online slots became the primary battleground for both online casinos and software developers throughout the 2010s as a result.

However, this was also the beginning of what’s known as the Modern Era of online slots. This Modern Era was marked by two things primarily:

The move away from Flash created a situation where a lot of providers who had been around for a while ran into a problem. They had to make a choice with what to do with their old portfolio of games. On the one hand, it was a valuable set of assets to have. On the other hand, converting everything away from Flash and into HTML5 would be fairly costly. At the same time, having a high quantity of slots for any one provider became less important. This was due to so many games being available through cross-platform aggregation.

A Change in Focus From Quantity to Quality

Quantity is what started off the focus on online slots back in the late 1990s. This continued with having more mobile slots being a big selling point into the 2000s. However, when the two factors above shifted the way they did, quantity stopped being as important. Instead, toward the end of the 2010s, we saw a major shift toward quality instead.

Many of the older software providers in the industry decided not to move most of their titles over from Flash. Instead, they picked and chose their most popular older games and moved forward instead. High-quality slots along with new concepts, layouts and feature sets were the order of the new era.

Along similar lines, this is when we started to see more competition in other online casino genres. For example, it’s when companies like Pragmatic Play and Net Entertainment started pushing in the live dealer space. Additionally, games started being created for mobile first and desktop second.

The end result was pretty straightforward, however. Players now have some of the best games available ever in the industry. The only real difference is that software developers compete on a basis of quality and innovation. During this period, we’ve seen the rise of things like the Megaways format and other approaches to give players even better experiences than ever before.

Bringing It All Together

The bottom line is that slots started off being the primary way for developers to compete because of hardware and software limitations. However, this also includes the practical limitations of how difficult it is to push new table games. Additionally, we saw the competition over slots continue into the mobile space and throughout the lifespan of Flash.

Now in the Modern Era, they have maintained their huge popularity due to continued competition. Even though this competition is happening in different ways for different reasons (quality vs. quantity), it’s still the main reason so many of these games are made today and why players put more bets on slots than all other forms of online casino games combined.