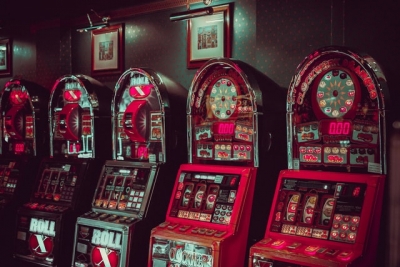 The online slots world seems to push forward to bigger layouts and more ways to win each year. However, in the following, we’re going to take a look at some older mechanics and ideas. There’s still a lot of fun to be had in these games, but we want to examine why some of these things have fallen out of style.

Taking a Look at Older Components of Online Slots

If you want something to think about that may make you scratch your head, consider the following. There is a such thing as fashion in the online slot world. By this, we mean that there are trends that companies follow just because other companies are doing it.

As a result, the majority of the industry can get behind a single format or game mechanic sometimes.

If you take that and then consider that these trends can change over time, you can think about what was popular further back in time and look at why it succeeded back then and why it eventually fell out of favor. On one hand, this is the study of fashion in the online slot world. On the other hand, it gives you something you can go back and try to find new things to enjoy.

In the following, we’re going to look at some of the older trends in the online slot world. We’re going to primarily focus on video slots, but we will include some information about classic three-reel games. The point is to give modern players something to consider and context for the current market. From there, we also want to give players some ideas on older styles of games to check out. Sometimes you can take something old and make it new again, especially if you haven’t played the original.

The Push From Three-Reel to Five-Reel Games

It’s really, really easy to see why there was a push from games with three reels to five. With three, you’re very limited on what you can do simply because of the lack of screen real estate. There’s simply not enough room in the game for much beyond what’s already been done. As a result, game developers hit almost the maximum they could squeeze out of the games pretty early.

There’s also the matter that three-reel games were easier to make from a mechanical standpoint. Using video screens for the games had a drastic effect in that area as well.

In the past few years, we have seen the occasional three-reel game come back. This usually incorporates some type of new game mechanic or a spin on an existing one. “All ways” format titles with three reels and three rows give 27 ways to win, which is reasonable. However, it still suffers from the issue of other features not having much room to operate.

If you are going to look at some three-reel games to try for novelty, that’s what we suggest. Sticking to those games that have been produced more recently will definitely get you a better experience.

When video slots first started taking off, there were two formats that were the most popular. This may seem crazy to players now, but most 5×3 titles released at the time had five or nine paylines. In fact, some of the most popular titles of the time had nine lines. A good example of this is Microgaming’s Thunderstruck, which changed the industry for another reason we’ll see down below.

The situation with having five paylines made sense. It was the natural progression from three-reel games that also have five lines at a maximum. The jump to nine paylines felt like a major improvement at the time because it was almost double the norm. Again, that can seem pretty crazy to think about now considering many new games have thousands of ways to win.

Naturally, there was an upward pressure to give players more ways to win. This is when a wave of games started having 15 or 20 paylines available. From there, some eventually had 30, but there was a big issue when jumping beyond that. Once again, developers had reached the upper limit of what seemed like made sense. It was hard for them to justify more than about 30 lines because so many of them started to overlap.

As you’ll see throughout the history of slot mechanics, they had a simple solution to this. That solution was to make the games bigger.

As a result, we started seeing games with four rows instead of just three. One of the most popular formats for a while was a 5×4 game with 40 paylines. In fact, it’s still rare today to see 40-payline games that do not fit the 5×4 grid.

The Switch to Winning Ways

Somewhere along the line, the first games started to come out that used winning ways instead of paylines. The wording of that may seem ambiguous if you don’t know what it means, so here’s the idea. A payline is a static line or series of positions where wins can happen. With the winning ways approach, also known as the “all ways” approach, this works differently.

In the winning ways approach, all symbols are treated like left to right scatters. That means wins can happen no matter where the matching symbols appear on their respective reels. That’s as long as they are somewhere on consecutive reels starting from the far left.

There wasn’t a hard switch from paylines to the winning ways format. However, the latter started taking over more and more of the market. For a while there, 5×3 games with “243 ways to win” seemed to be the basis behind every popular new release. However, the developers did what they always do and added more space. Soon, it was the 5×4 games with 1,024 ways to win that were more fashionable.

We can see the continuation of this now with the Megaways mechanic. It’s simply a variable spin on the same idea with six reels instead of five. You can have several thousand ways to win on each individual spin. The number of specific ways varies a bit from turn to turn, but it’s the same basic idea.

Bonus Features and Other Mechanics

We mentioned up above that Microgaming’s Thunderstruck was a big deal because of its format. It was a big deal for another reason as well. This was the very first popular game to use a free spins mode with multipliers. Again, that seems crazy to us now because of how popular this type of feature is. It’s really to the point that it’s generally nothing that players get too excited about. However, back then, having a 3x multiplier on a set of free spins was a pretty big deal.

You already know the pattern by now. What did they do with this popular feature? They made it bigger. We now see bigger multipliers, more free spins at a time and additional game mechanics. If a free spins mode doesn’t offer something that adds a lot of value compared to the spins from the regular game mode, then players largely don’t care about the feature for the most part.

It’s worth noting that these bonus features were focused on something outside of the regular game mode. However, in more modern times, that’s not always the case. Instead, having more features that work within the regular mode is more popular now. You really see that with the avalanche, cascade or Rolling Reels style of feature. The idea is that winning combinations are paid before disappearing. This creates space for new symbols to fall into place to offer chances for new wins.

If you look at at any new game right now that’s popular, it probably has that feature in some form. It may or may not, however, have a free spins mode. If it does, then it stands out quite a bit in some way.

So again, we see the basic progression of what’s fashionable in the industry. Take whatever is popular now, wait a year, and make it bigger.

If you go back through and look at some of these older titles, you can actually have a lot of fun. We’ve gotten to the point that we’re so far away from what was originally popular in the industry that those titles seem like something fresh and interesting to this point. It’s obvious that not everything will fit every player’s taste. However, it’s more likely than not that you’ll find something that works for you very quickly.