A Guide to the Highest Paying Online Slots 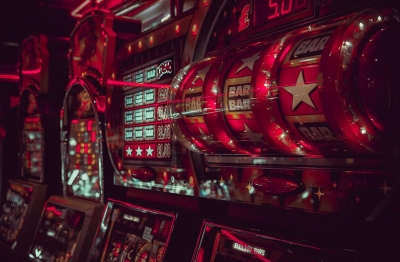 Players choose which slots to play based on different types of criteria, but many want to play the best-paying titles out there. Here we break down a list of the top-paying online slots in the entire industry along with what you should look for to maximize your own payouts no matter which games you’re playing.

An Introduction to the Best Paying Online Slots

To say that there are a lot of different online slots would be the understatement of the year. Single online casino sites can have thousands, and there are tons of different development houses and software production companies that make them with dozens coming out every single month.

With so many to pick from, it can be difficult to get a straight answers on which of them have the highest payout rate.

Because the numbers are so significant, it’s not really practical for a player to go through and check all of the games that they can on their own. It would simply take up too much time compared to how much time you would actually spend playing the games.

To this end, we have put together a list of the top online slots in terms of their payout rates, and we’re also going to give you an introduction to how these numbers are formed and what to expect.

How Slot Payout Rates are Determined

The measurement of payout rates for online slots uses something called RTP, or the return to player percentage. This is a figure that represents, on average, how much of the bets in a game are returned to players in the form of winnings and payouts.

For example, an RTP rate of 95 percent would mean that for every €100 that players wager on a given slot, it pays out an average of €95. This means that €5 would go to the house from that €100, and that gives us a house edge of 5 percent.

The house advantage and RTP percentage of a slot always add up to 100.

This shows us that maximizing our RTP will have the same effect as minimizing the house advantage, and that is the goal for many players who want to get the best chance of winning and coming out on top during their sessions.

In what follows, we give our list of the slots with the best RTP rates that you can find in the entire industry. Most of them are from popular software providers, but they may not be games that you expect since most players don’t really note the payout rates of titles before they play them.

Mega Joker is a classic slot from NetEnt that uses two sets of three reels to simulate a style of play that you could often get from an older style of land-based slot. The basic idea is that the upper set of reels has a much higher RTP percentage than the lower set, but you can only play the upper set if you use winnings from the lower set.

In this sense, it’s much like a built-in bonus round.

The gameplay is not what most players are interested in these days since it’s not a feature-oriented video slot, but we wanted to note it first on our list since it’s a well-known title in the industry for having such a high RTP percentage and for being the type of game that you wouldn’t guess has a huge payout rate at first glance.

Here we transition into something that modern players can tend to get with a bit easier with the Blood Suckers video slot. This title has 25 paylines that give you a lot of action with a vampire theme, and it includes a good balance between bonus features and the regular pay table.

This title has a pretty strong combination of an excellent RTP percentage and a fun style of gameplay, and that’s why it ranks so highly on our list. For most players, this will be one of the top paying video slots that they come back to over and over again.

Thunderkick is a software developer that really got its name out there originally by providing titles for the Microgaming Quickfire brand, so many people mistakenly think that the Uncharted Seas online slot is a Microgaming title. Instead, it was simply distributed on their platform.

With their Uncharted Seas video slot, they show why they have blown up over the years for the extremely high quality of their games.

This title uses an atypical style of hand-drawn animation that looks like something that would be drawn on an old pirate’s treasure map. It looks absolutely amazing, and the gameplay offers a lot of action with good features and a balanced style across 25 fixed paylines.

The payout rate is 98.60 percent, and that’s among the best in the industry as well. With its older style of seafaring theme, it stands out among the tons of other sea-oriented slot games in a way that’s particularly impressive.

It’s probably not surprising to see another game by Net Entertainment on this list. They have a reputation for many of their games having higher payout rates than the industry average, and the 97.80 percent payout rate for Kings of Chicago is a great example of that.

The Kings of Chicago video slot has a different style of play than any other online slot we have ever seen. Here is an overview of the basic idea:

The virtual cards are dealt out on a felt with a bit of an organized crime theme mixed in since the concept is an illegally operated casino during prohibition days in the United States when the sale and consumption of alcohol was illegal. This helps to tie the whole thing together from a conceptional standpoint, and it gives the title a very cohesive feel.

NextGen produces a lot of games that have somewhat generic themes, and they often rely on the gameplay aspects of their titles instead of the visual appeal. The Wolfpack Pays online slot is a strong example of that philosophy toward the genre, and it features a Native American-themed concept with eagles and wolves in front of a beautiful mountain lake background.

Despite the somewhat plain theme, Wolfpack Pays is very notable for having the lowest volatility of any game on this list.

The low volatility comes in part from the 243-ways format, and a lot of it also comes from the fact that there’s not a large source of value wrapped up in some big bonus feature. This helps to make Wolfpack Pays a good pick on this list for players who don’t like a lot of swings.

Something else worth noting about this title that’s atypical is that you essentially get a free spin after every win on the reels. You can create a streak of free spins by winning over and over again, so you can actually get several payouts from multiple spins just off the back of one paid spin. This increases the hit-rate and lowers the volatility further while still enabling you to get some pretty strong total prizes.

The Hot Ink video slot by Microgaming uses five reels and four rows of tattoo-themed action. From a visual standpoint, this is one of the best-looking games on this list with a tremendous presentation and a tremendous aesthetic appeal.

This is also a slot that uses 1,024 ways to win with the all-ways format on the 5×4 grid, so the action is tremendous with a very high hit-rate. The Hot Ink online slot uses a number of bonus features on top of that, so the volatility is actually in the medium range. That includes the following:

Microgaming has a tremendous catalog of titles to pick from, but this is one of the more modern video slots of theirs that has the best payout rate overall.

Players who like an atypical style of play will get a lot out of the Supernova slot, powered by Quickspin. It has a strong 97.5 percent payout rate while giving players a different style of play with an unusual format.

The majority of the play happens on the first three reels, making this game somewhat a classic slot. However, there are two additional reels with opportunities for big multipliers that add a video slot feel to the experience.

We’ve never seen any other titles that compete directly with the style of gameplay that the Supernova online slot brings to the table. You’ll have 27 ways to win on the initial set of three reels, and this gives you multipliers of up to 10x on your payouts.

These multipliers make up the majority of the gameplay when paired with the regular pay table and the high hit-rate from the “all ways” treatment of the initial three reels. There are no additional bonus features, so all of the value comes from the multipliers and pay table, but it’s a style of play that many people find very enjoyable.

Our last title on this list is the hockey-themed Break Away online slot by Microgaming. This title features 243 ways to win across five reels, which is an action-oriented approach that fits the fast-paced action that you normally get from watching hockey.

A number of different features make this a very exciting title. There are stacked wilds on the last three reels that give you plenty of opportunities to make multiple wins per spin. On top of that, a free spins mode will give you as many as 25 free turns, and with the Rolling Reels feature, you can get several extra wins as winning symbols fall away after paying out on winning spins to allow new symbols to fall in place.

With multipliers of up to 10x, the action is serious in this title even with its high 97 percent RTP percentage.

The thing about picking online slots is that different people have different types of criteria. You can pick the games that you will enjoy the most for whatever reason, and you shouldn’t let anyone tell you that the way you’re choosing games you like is wrong.

With that said, all of the titles listed above have some of the highest payout percentages in the entire industry, and that translates directly to having better chances of winning in your sessions. If that’s a concern for you, then these are all excellent picks to choose from.