How Online Gambling Regulation Evolved in the United States 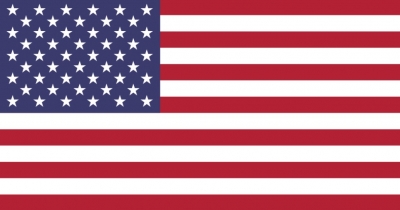 The history of online gambling in the US is pretty crazy with political battles and other dramas. However, the industry is more popular than ever before in this country at this point. Here we take a look at how we got to this point and what’s likely to come next.

The Evolution of US Online Gambling

The United States has a bit of a weird history when it comes to online gambling. A lot of this comes down to the fight between state and national government. However, a lot of it also comes down to partisan political battles.

Overall, online gambling was used as a political tool for around a decade before regulation started.

For players from other countries, it can look like a bit of a zoo on the outside looking in. That’s because the political landscape is largely based on how varied the people are. This high level of diversity of cultures within the country is expressed politically, and along with that comes huge differences on opinions about gambling.

At the same time, the demand for it cannot be denied. Politicians for both major parties eventually started giving way to this obvious reality. Rather than let players go with foreign sites that weren’t regulated in the US, they have largely decided that regulation is preferred since it brings in tax dollars and helps to protect players.

Additionally, it’s useful to know where things have been so that we know which direction they’re going. To this end, we’re going to take a look at how the evolution of US online gambling has unfolded. From there, we’ll also look at where it’s likely to go from here.

The first era of importance is everything leading up to October 13, 2006. This is when Congress passed the Unlawful Internet Gambling Enforcement Act, also known as the UIGEA. This was the first major piece of legislation aimed to affecting online gambling on the national level.

However, it didn’t make online gambling illegal. Instead, it implemented what’s known as Regulation GG. Regulation GG makes it illegal for businesses (including banks) to process deposits for unlawful online gambling. Since it was absolutely unclear which online gambling was legal or not, this effectively applied a chokehold to outgoing payments, which levelled the industry for US players.

A lot of this chokehold was based on the Wire Act of 1961. This was a law put on the books to combat organized crime decades before the Internet even existed. This was done via targeting sports bets taken over the phone. At the time, there was a major political battle over whether or not it applied to modern online gambling. The logic was that the Wire Act made all online gambling illegal nationally. Therefore, the UIGEA made it illegal to process deposits.

The issue over the Wire Act wasn’t actually clarified until well after many states had already regulated the industry. As a result, it was a key component of the pre-regulation era of online gambling in the United States.

Since no regulated options were available, players were forced to go with foreign sites if they wanted to gamble online. Prior to the passage of the UIGEA, players had tons of options from all over. Instead of basing their trust on licensing, they based it on reputation. Sometimes this was good, but sometimes it blew up in their faces, and players sometimes lost money from their accounts as a result.

Because of this history, industry experts now really know the importance of this type of regulation.

Ultimately, the UIGEA really cut off the available options for players. However, some still existed, and creative ways to get in deposits started popping up. Eventually, players were still able to get in on the action with a number of sites whether it was for casino games, poker, bingo or sports betting.

The Beginning of Regulated Online Gambling

The state that led the charge for online gambling regulation was Delaware. They had three horse tracks with casinos, and they tied their online gambling operations to these locations. As a result, the first regulated US online casinos happened in this state in 2012. Nevada followed suit for poker exclusively in 2013, and New Jersey came around in 2013 as well.

This marked the beginning of online gambling being regulated in the United States. However, this really heated up a major legal battle between the state governments and federal governments. This battle had several fronts.

For one, the Wire Act was still being pushed as affecting US online casinos by one of our two major political parties. Funny enough, a presidential candidate for the same party was the governor of New Jersey during this time, and he took the side of online gambling. A lot of this had to do with trying to support Atlantic City, which was in his state.

The Reach of the UIGEA

Additionally, the UIGEA had a part in all of this as well. If the Wire Act applied to these regulated games, then the UIGEA would make processing deposits for them illegal. We started to see a potential major legal battle happen between the federal government and the states over this.

While several states looked at regulating the industry for themselves, they had a problem. If they devoted a lot of funds to getting those games running, they were at risk of being shut down. However, if they sat on their hands, so to speak, and waited, they could see the thing play in court. That’s what they ultimately did, which led to a period of quite a few years before a fourth state would regulate online gambling.

Fortunately, nothing significant came of it. A few court cases happened, and all was deemed okay by the courts. This played out over a few years, but it led to the current situation in the country.

Where We Are With Online Gambling Regulation Now

At the time of this writing, several states have regulated the industry. This list includes Michigan, Pennsylvania and West Virginia. Many others have legislation in the works. However, there are still some hurdles that the United States needs to overcome with regulations.

The first thing to note that is that Wire Act is no longer an issue. The Justice Department clarified that they will no longer be pressing that particular issue. This is a permanent fix to this problem. However, it leaves a huge gap on a federal level about what’s actually allowed and what’s not. There are no official laws on the books other than the UIGEA, and that doesn’t really have any serious application at this point.

The Issue of Choice and Variety

Along these lines, it’s not surprising that different states are having different approaches here. Some like Delaware have used the exact same software for every one of their legal online casinos. They’re essentially skins of each other, so players only have one true option. This kills competition and makes it so that players don’t really have much in terms of choice.

On the other hand, places like New Jersey have a ton of variety. They have allowed each land-based casino in Atlantic City to make their own deals through individual licenses. As a result, a variety of different software providers and options are available. This spurs competition, which gets players better deals and experiences.

As for what’s next, there are three main things to look for in the US online gambling industry. The first is that more and more states begin to regulate the industry. Additionally, they will do so according to a combination of what seems like it will work for them and what has worked for other states that regulated the industry before they did.

Next, we expect to see expansions on player pool agreements, particularly for online poker. Delaware, Nevada, New Jersey and Pennsylvania currently have such an agreement. As more states regulate these games, expect more of them to join in on this agreement. This is because players need to be shared in online poker to have the proper player ecosystem to run games.

Finally, something that could happen that we don’t know for sure will happen is regulation on a federal level. This would take a lot to make happen because of the political situation in the United States. However, as we all know, if politicians find a way to increase taxes, levels of cooperation are often possible that no one would see coming.