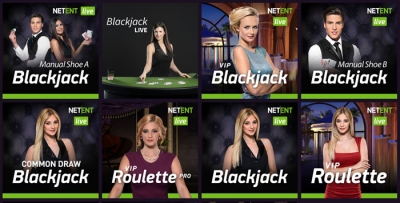 Things have changed a lot in the live dealer casino space over the past few years. Knowing what these changes are is one thing. However, understanding why they are happening and what that means for the rest of the industry is a completely different matter.

Why and How Live Dealer Games Are Changing So Much

Most people in the online casino world divide games into two main categories. On the one hand, you have online slots. On the other hand, you have the label of “table games.” However, this latter label is usually meant to just include everything that is not a slot. Titles like keno aren’t a table game at all by strict definition. With that said, they’re still included under the label in general for the sake of convenience since they’re not slots.

Live dealer casino games have always fallen under a weird third area. They’re clearly not slots, but they don’t fall under the traditional online casino table game heading either.

One reason for this alienation between live dealer titles and traditional online table games is relevancy. For the longest time, there was really only one dominant company in the live dealer space. Some smaller companies would build up some tiny amount of momentum only to be bought out.

However, over the past few years, this dynamic has changed substantially. This is because other established companies have taken up an interest in producing high-end live dealer titles. All of a sudden, there is a serious influx in competition in a space where one company dominated for over a decade. That creates a very interesting situation where the players ultimately win. It’s this situation of the expansion of the live dealer genre that we’re going to look at here.

The Beginning of the Change: Enter the Competition

Evolution Gaming absolutely dominated the live dealer space for a long time. Pretty much ever since live dealer games existed online, they were the top company. What’s more is that they blew all of the competition so far out of the water that it was difficult to tell who was even in second place, and that’s very impressive considering how competitive the industry is overall.

One key reason they were able to take the space over for so long is the technology involved. Internet connection speeds that could handle the video and audio feeds reliably weren’t always available for players. That kept the market smaller than other sectors of the industry. As a result, there was really only room for one dominant company to take over. Since the market was small compared to others, software competitors didn’t generally think it was worth entering that space.

However, things have changed over the past few years. Connection speeds are faster than ever. Moreover, tons of people are playing via mobile on devices that are more capable of handling high definition audio and video. In fact, many Internet casinos report that they get more bets placed via mobile than they do otherwise. The landscape has definitely changed, so it’s no surprise that a lot more competition has sprung up in that time.

This led to a situation where companies that were successful in the major spaces (like online slots) came in. Pragmatic Play, NetEnt (now owned by Evolution) and Playtech are three examples of developers who entered this space along these lines.

The Role of Fresh Competition

The first thing you have to understand about competition in the online casino industry is this. Innovation is created by competition in general, but that’s especially the case here. When one company does something new, even if they patent it, it won’t take long for another to catch on. This usually means creating a product that’s similar or a game that uses similar mechanics. Some people might think this is weird, obvious or unfair, but that’s the nature of competition in this industry.

Even though Evolution Gaming hadn’t faced much serious competition in the live dealer space, they still had good ideas. They moved beyond the standard offering of roulette, Baccarat and blackjack that the live dealer space is built on. Instead, they came up with new versions of existing games. Moreover, they worked to solve issues like only having so many spots for people to play blackjack hands per table.

However, because they didn’t have serious competition, that innovation was somewhat stunted. Now that other major players have entered the space, that has changed quite a bit. As a result, we have seen much more innovation in the past three years than we saw in the 10 years before that combined.

Can you guess who ultimately benefits from the result of such fierce competition? It’s the players. This competition creates new games, better forms of play, fresh formats and an upward pressure to keep payouts high. All of these things benefit the players the most, and that’s why we’re so much in favor of them.

Where the Live Dealer Space is Going

What we’re seeing now is that the live dealer space has had to catch up in terms of competition. We’re seeing the companies in this space utilize tactics and strategies that we’ve seen online slot and other software providers use for a long time, and it’s clear that companies like Net Entertainment and Playtech in particular will have an advantage when it comes down to that type of planning and execution.

For example, we’re seeing live dealer software providers compete over new markets. This is happening a lot in South America and Latin America right now in particular. The idea is that once they’re the first in an emerging market, they’ll have a long-term advantage. Getting their product in front of players before the others do is a big edge.

We’re also seeing them start to include more things like progressive jackpots and other massive prizes. This is something that the live dealer space was missing before the competition exploded. However, it’s the kind of thing that has always worked well in the traditional table game and slot spaces.

That means that players can expect to see more promotions and special offers ran from the software companies themselves. This is a pretty big deal since they already happen for slot fans. However, their scope has been limited outside of that. Once you see these types of deals happening in the live dealer space, then you know the competition is serious.

As we mentioned up above, the players are the ultimate winners in all of this. We love knowing that tons of people are going to get opportunities to play hot new titles with fresh ideas in a sector that hasn’t been as developed as others. What’s more is that we really like how this competition makes it a better overall environment for players as well.

If you’re the type of player who loves table games, especially live dealer versions, it’s a good time for you. Things aren’t going to cool down from a competitive standpoint any time soon. Additionally, we may see other major software development companies throw their hat into the ring in this space. That would drive up the competition even more and make things even better.

In any event, there are already lots of new games and fresh ideas that have been injected into the space. All of this has largely happened over the past few years exclusively. As we mentioned above, it comes straight from the increased competition that we have seen. We don’t think this expansion is going to slow down any time soon, and that’s great news.