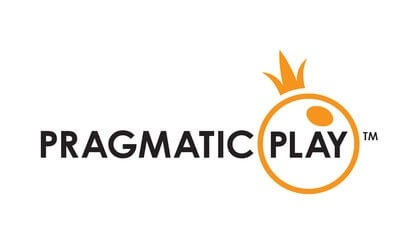 When it comes to the iGaming industry, the name Pragmatic Play guarantees unrivalled entertainment. Originally founded in Malta, Pragmatic Play prides itself for its innovation and dedication. Its extensive portfolio includes more than 80 slots and table games that cater to around 200 web casinos worldwide, all of which are designed for all platforms, whether on the web, the desktop, or on mobile. Aside from providing high-quality games to Pragmatic Play casinos operators, they have also partnered with other top developers like iSoftBet and PlayTech. Learn more about the company, their awards, game offerings, and frequently asked questions.

Pragmatic Play’s extensive collection of games is the heart and soul of their operations. Their games offer excitement and responsible thrills. They also boast of having the fastest loading time of games in the industry. From slots and table games, to live Pragmatic Play casinos and bingos, the players would surely have an engaging experience, not to mention a respectable RTP or return to player ratio.

In the spirit of fair play, Pragmatic Play’s games are periodically reviewed by accredited independent bodies to ensure fairness and randomness. It is duly certified by the Gaming Laboratories International and are Random Number Generator tested. The company also encourages responsible gaming to the users as part of their social responsibility and company ethos.

The most popular games where Pragmatic Play’s creative excellence is in full display is in their online slots games. With its varied themes and styles, their online slots are engaging and most importantly, enjoyable. Their in-game bonuses are what sets them apart from other video slots games, while their innovative multi-screen bonus rounds and different bonus stages with higher payouts are the reasons why players flock to play their games.

Pragmatic Play has developed a plethora of fully immersive slot games that can be considered among the better ones in the industry. With the use of cutting edge technology, they have produced a number of award-winning games that features great animation and superb 3D graphics. A few of their popular online slots games are Sugar Rush, which is so popular they decided to create different versions of it, the award-winning Wolf Gold, Reel Gangsters, 7 Monkeys and many more.

Inspired by the slot machines of old, Pragmatic Play offers classic slots that offer pure slot fun. No special features and bonuses, these classic 3 reel slots will transport you back to those times when you first felt the thrill of slots in those land-based fruit slot machines. Titles include 888 Gold, Irish Charms, Diamonds Are Forever and a few more.

This is where Pragmatic Play built its solid reputation. While they have created other stunning casino games, their video slots remain to be most sought after and the most popular. With themes ranging from retro to futuristic, Chinese to Ancient Egyptians, animals, fantasy and so much more, there will always be something for everyone. Their innovative in-game features and bonuses are what makes their games very appealing.

While progressive play is not their strongest suit with less than six titles, they nonetheless made up for it by creating amusing, humorous and stunning games with a progressive jackpot as an added attraction. Games like Joker’s Jewels, Monkey Madness, and Fire 88 are some of their top progressive jackpot slots.

The theme of this 5 reel, 20 pay line game is all about sweets. Set in a brightly coloured street in pastel colours, it offers all kinds of sugary snacks. The gingerbread man is the wild and replaces all other symbols except for the scatter and the bonus. The cupcake is the bonus symbol, and if a player lands three or more cupcakes in an active pay line, it will trigger the bonus feature where prizes will be 30 times your stake or more depending on the number of cupcakes on the reel. The Gummy Bear is the scatter, and landing 3 of them in the reel will trigger the free spins bonus.

The game’s theme is all about jewels and gems. It has 5 reels and 25 pay-lines. This luxury-inspired video slot is overflowing with gemstones and other treasured items. The gemstones like Ruby, Sapphire, and Amethyst represent a higher value, while the special symbols that players need to watch out for are the Black Diamond Wild, the Gold Bar Bonus, and the Red Apple Diamond scatter. Players can win as much as 1.5M coins per turn and offer a fair return to a player’s wager with an RTP ratio of 95.85%.

Set in the American wilderness, join the wild wolves in their quest of the plains in this 5 reel, 25 pay line video slot. Ever since it was introduced in 2017, Wolf Gold has earned a steady stream of followers due to its unique gameplay and impressive graphics. The wolf is the wild symbol here and can be substituted for all symbols except of course for the scatter and the bonus. The distant mountain is the scatter which offers free spin, while the moon triggers the money re-spin feature. You will appreciate the beauty of the outdoors with this totally immersive game.

For those players who love folktales, this 5 reel, 20 pay line video slot is for you. 3 Genie Wishes is Pragmatic Play’s version of the popular folk tale Alladin. With superb graphics and an equally dramatic animation, this video slot game will surely enchant every player’s imagination. The characters of the immortalised tale like Jafar, Princess Jasmine and Alladin himself are the high-value symbols, but the star of the game is the genie, of course, representing the wild. The magic lamp also plays a vital role as the scatter. It comes with an RTP rating of 96.53% and can pay up to 200,000 coins in a single spin.

The number of table games offered by Pragmatic Play may be significantly smaller than their vast collection of video slots, but it is definitely not inferior. They are splendidly designed and are well thought out. Pragmatic Play’s roulette is especially popular because of its signature feature wherein the wheel appears on the screen only after the bets are placed. It allows for more space for players to place their bets.

They also have a selection of games that are not regularly seen in the provider’s portfolio – games such as scratch cards, video pokers, Blackjack, and Keno. While Pragmatic Play has thrived on the popularity of their video slots, the table and other games that they offer are also elegant, remarkable and of the highest quality.

Pragmatic Play was established in 2007 under the name of Topgame Technology. They are a Maltese game developer that initially focused their sights on the American market, but in 2015, changed their name to Pragmatic Play and started diversifying their reach and has slowly but surely earned a notable reputation in the European market. They have an impressive portfolio of over 80 games compatible on different platforms and are available in 18 languages and more than 78 countries.

The fast-growing company is owned by Anna Yakovleva. The CEO is Deependra Bhartari while the top executives include Yossi Barzely as the Director For Sales, Mykola Tavanyuk heads the Global IT and the Head of Marketing is Victoria Bonner.

Because of their outstanding reputation and socially responsible view on the gaming industry, Pragmatic Play was able to extend their presence to several regulated markets. They help employ over 250 people and have offices in Malta, Gibraltar, Romania, Great Britain, India, Ukraine, and the Philippines. The estimated company revenue is roughly around $2 Million dollars.

Having changed its name from Topgame in 2015, Pragmatic Play can be considered as a relative newcomer compared to the other casino games developers. The company nonetheless proved that it can stand toe-to-toe with its more experienced rivals. Once exclusively played in the United States, the company has now earned an excellent reputation in the European market. In fact, they were given the Software Rising Star award by EGR in 2017. A year later, they have won the Innovation in Slot Provision EGR award. There is no doubt that Pragmatic Play has built a brand that is both recognised and respected globally.

Despite its relative inexperience in the game developers’ arena, Pragmatic Play’s hard work proved fruitful as they were noticed by the world gambling community. Here are some of their notable milestones:

2016 – nominated for Best Game of the Year EGR Awards

Pragmatic Play is licensed by the UK Gambling Commission as well as the Malta Gaming Authority. Pragmatic Play’s head office is located at 144 Tower Road, Sliema, Malta. They can be contacted through the phone number +0035 627 781 345. If you wish to reach them by e-mail, you can send it to sales@pragmaticplay.com.

They can also be found on social media at the following links:

What is Pragmatic Play?

Where can I find Pragmatic Play slots online?

Being the preferred partner of choice by the leading online casinos, you can easily find Pragmatic Play games in many big shot casino sites as well as small game venues all around the world. Use our list of Pragmatic Play casinos to find the best place to play their slots.

How to win at Pragmatic Play?

Honesty and Fairness forms an important part of Pragmatic Play company ethos. They strictly adhere to the guidelines set by industry governing bodies. Their games are periodically tested for fairness and randomness by duly-accredited third-party auditors. They are Random Number Generator tested and is duly-certified by the Gaming Laboratories International. That is the main reason why they were able to extend their reach to different regulated markets.

The definite answer is NO. With all the audits from third parties and accredited independent bodies, the games of Pragmatic Play ensure fairness. They are in compliance with a number of governing bodies such as the UK Gambling Commission, AAMS in Italy and PAGCOR in the Philippines. The games are also equipped with a player protection software, and have undergone testing for quality and verified and approved by the governing bodies in each market.

Is Pragmatic Play down?

While it is very unlikely that such an incident will happen, the best option would be to contact the customer service of the online Pragmatic Play casinos site you’re playing at. Pragmatic Play boasts of having the fastest loading time of games in the whole industry, so the possibility of us being down is very low. But just in case, it is better to talk to the online casino as we do not normally deal with end-users.

While we have discouraged end-users to contact us directly, those who wish to contact us can do so by dialling +0035 627 781 345, or reach us through our email address sales@pragmaticplay.com

If you wish to reach us by social media, please see Contacts above for more details. We will try our best to settle any concerns you have the soonest.

What is the best Pragmatic Play casino?

Aladdin and the Sorcerer