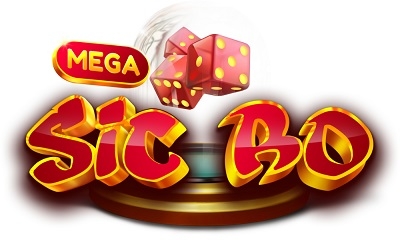 The live dealer Mega Sic Bo tables from Pragmatic Play are an exciting twist on the original format. Players get multipliers worth as much as 1,000x on random bets, and this gives you chances to land some really tremendous payouts in this title.

Made By Pragmatic Play | Reviewed On September 7, 2021

The Mega Sic Bo tables, offered by Pragmatic Play, are a live dealer version of this title. However, it also adds special multipliers that are not found in the original version of this game.

We really love to see live dealer versions of games that step outside of the box a bit. This game is no exception. The resulting gameplay has a ton of action and excitement. Additionally, due to the inherent rules of the base game, you also have a lot of different betting options. This means that players of all different types can find wagers to enjoy in this title.

The presentation of this game is really strong as well. It has a red and gold theme that’s obviously getting cues from Asian influences. That makes sense considering Sic Bo is the most popular dice game in that part of the world. With that said, you can also chat up the other players as well as your dealer. You can even leave a tip for your dealer like you would in a brick and mortar location.

If you’re looking for a casino where you can play this game, we suggest checking our reviews of the best Pragmatic Play online casinos available online.

There’s a bit of variation between some of them in terms of bonuses, promotions and the other titles they offer. That means there will be no “one size fits all” recommendation that we can make. However, in our reviews, we give you the information you need to figure out which will fit you the best. This allows you to make an informed decision as an individual instead of being made to fit the same mold as everyone else, which isn’t reasonable.

Understanding the Format of the Game

The format of this title can be tricky to learn if you aren’t used to it. That’s mainly because so many wagers are available, and it doesn’t follow a “phase-based” gameplay style that you find with something like craps or Baccarat. To help players get started in this game more quickly, we want to offer a quick overview of how the gameplay procedure works and what the main rules are.

You start off by having a 15-second period in which you can make your bets. If you don’t get your bet off in time, that’s okay because it’ll be waiting for you the next turn. From there, you can place wagers on the board itself, which has a whole lot of betting areas. We’ll get into what all of these wagers are like further down.

If you look just beside of the dealer on the table, there is a clear dome with three dice. These dice are shaken up and rolled around according to regulatory guidelines for randomness. Because they aren’t being touched by human hands, they are actually “more random” than rolls from a human dealer.

Once the roll is finished, the results of the dice are shown clearly on your screen. Additionally, your payouts will be determined based on whether or not the results of the roll match your wager. At that point, the 15-second timer starts again, and you get another chance to put in your bets.

On each round, Mega Payouts can be awarded through the Mega Multipliers feature. The way this works is that random betting positions are chosen along with random multipliers. These multipliers can be worth as much as 1,000x. When you get a winning wager with a multiplier added, your payout is reflected by it.

What this means is that if you make a wager that gets hit by a 500x multiplier, and you win, then you will pick up a 500x win instead of the original payout for whatever the win would have been. This boosts the payouts quite a bit and adds a lot of value and excitement to the game.

If you’ve never played this game, then you are probably wondering where to start. Additionally, you won’t know some of the terminology used in the game. That means if you place a wager, you don’t necessarily know how and when it wins.

To help players jump in and get started, we’re going to start out here with some basic wagers. These are wagers of varying volatility levels that a new player can make and easily understand.

The big and small wagers are the most basic bets in the game. Small wins if the total ranges from 4 to 10, and big wins on the range of 11 to 17. However, neither of them win if all of the dice form a matching three of a kind.

The payout for this wager is typically even money, so wagering €5 would profit €5 on a win, for example.

Interestingly enough, these wagers aren’t typically found in Sic Bo games. However, you can find them here. They work similarly to the big and small wagers, except they pay on even and odd totals instead.

Again, the payout for these wagers is even money. Additionally, they do not pay out if you make three of a kind.

From left to right across the middle of the game board, you see a range of numbers with payouts. This range goes from 4 (paying 50:1) to 17 (also paying 50:1). These are the total wagers, and placing chips on these positions makes a wager on getting that total.

For example, if you were to place a €5 wager on the 10 spot, then your payout’s 6:1 or €30. The payouts for these numbers vary because it’s harder to make small or large totals compared to mid-range ones.

A variety of other wagers are listed in various positions. They’re all fairly intuitive once you understand what you’re aiming for. However, the descriptions on the game board aren’t particularly useful. That’s especially the case if you don’t already know what you’re looking at. To help with this, we’ll break things down for you a bit more.

A double at the live dealer Mega Sic Bo tables is when you get two of the same value out of the three dice. Note that a double also wins if you get a triple, which is three of a kind along similar lines.

At the top of the game board near the middle of the left and right, you’ll see different pairs of matching numbers with the value 8:1 over them. This is where you can place wagers on the different doubles. For example, a bet worth €5 on the 3-3 combination would win €40 if at least two threes came out.

In the middle of the game board between the doubling areas, you can find the triples. You actually have two options here. First, you can bet on a specific triple, which pays at 150:1. However, you also have the option to bet on any triple happening. This has a payout of 30:1, and it pays as long as all three dice values are the same.

Across the very bottom, you have the single number wagers. The instructions are given at the bottom of the game board, but they’re somewhat unclear. When you place a wager here, you get a payout based on how many of that number shows up. Here are what the payouts look like:

It’s really straightforward when you see how it works. It’s also a great bet to mix in with other wagers to add a bit of variety.

Finally, we have the two-dice combination bets, which are also called domino bets. They are wagers that the two values given will show up at least once. For example, if you placed a bet on 4-5, then you’d win as long as at least one four and one five appears, and that includes combinations where you have more than one of them like 4-4-5 and 4-5-5. In any event, it’s a cool way to bet on specific combinations of numbers, and it pays at 5:1.

How to Win at Live Mega Sic Bo

All of these different bets have house edges that vary quite a bit. However, the multipliers also mix things up a bit and change the house advantages overall. With that said, the even, odd, big and small bets have the best payout rates on the game board. Before accounting for any multipliers, you’ll have a house advantage of just 2.8 percent. That’s about the same as European roulette, which is one of the best live table games around in terms of payout percentages.

Most of the other bets have house advantages in the 10 to 15 percent range before the multipliers. This isn’t great, but with the multipliers giving you chances to win some massive payouts as high as 1,000x, they’re not as bad as they seem since the effective house edge after the multipliers are factored in. The only real difference is that the volatility is a bit higher.

Mega Sic Bo is a great twist on a popular dice game that gives chances for some huge wins. On top of that, it has a great pace and atmosphere as well. Pragmatic Play did an excellent job giving this game a new life, and we love what they’ve created.