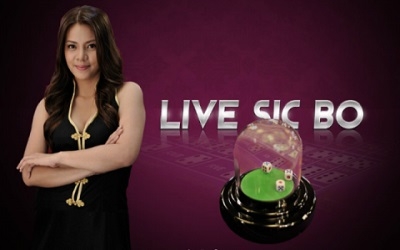 Live dealer Sic Bo is the most popular casino dice game other than craps. However, it actually beats craps in most Asian casinos. Because of this, it’s a very popular game online and rivals craps in the live dealer space due to its fun style of gameplay and serious levels of action.

An Introduction to Live Sic Bo

When many people think of dice-based casino games, they think of craps. However, a lot of people are turned off of craps because of how complicated the game seems. Sic Bo is close to the level of popularity of craps on a global scale, but it has a much easier style of play to learn.

This is why Live Sic Bo is such a popular game in the live dealer space.

It also helps that it’s a very social game in general, and that makes it perfect for the live dealer arena. Moreover, it’s an action-oriented game with lots of different betting options and a pretty fast rate of bets per hour. As a result, it’s an easy game to hop in and out of since it doesn’t require a long time commitment to play.

A Note on Differences Between Different Providers

We want to take a moment to point out that there is some variation between games from different software providers. These differences are minor in terms of payouts. This is because that some of the bets for this game do not have industry standards as to pays. Note that this does not apply to the most common betting options, which do have industry standards.

To compensate for this, when we describe the payouts of certain wagers, we’re going to list out a reasonable range. We’ll show what the house edge looks like for some of these bets as well. This will help you to make informed decisions about which games to play and which to avoid.

More Live Sic Bo payouts will be discussed further down. However, here we’re going to look at the two most common wagers here. We’ll do this to walk players through an example roll and how the gameplay actually works in the live environment.

Three dice are rolled with a device that ensures a legitimate, randomized roll. These dice all have six sides. The objective of the game is to bet on various things to do with the outcome of that roll. Some bets are based on the total, but others are based on combinations of certain dice values. It just varies based on the bet.

However, most play centers around two wagers: small and big. These are based on the total of the three dice. Small wins with a total of 4 to 10, and big wins with a total of 11 to 17. Both of them lose on three of a kind combinations, and they both pay 1:1. They each have a low house edge of 2.78 percent, which is very close to the even money bets in European roulette. This is why they often draw such close parallels.

In the live Sic Bo interface, you’ll have a timer that gives everyone a period to make wagers. The dice will be rolled after this period of time, but keep in mind that you do not have to bet on each round. Instead, you can wait until the following round if you prefer. This means you can essentially play at your own pace.

Once that period of time is over, you’ll see the dealer activate the dice rolling mechanism. The dealer won’t actually physically touch the dice to roll them. Instead, some type of other randomizing device is used to roll the dice. This helps to avoid situations where there may be questions about the fairness of the games. It’s also worth noting that this is required by regulators in most jurisdictions.

After the dice are rolled, the result is announced by the dealer. The software will automatically pay out winners. Additionally, you’ll have the opportunity to tip the dealer if you so desire. Since most people will bet on the small or big, a lot of people may celebrate wins together while chatting. This can create some friendly competition between the two sides as well.

The play procedure for this game is actually pretty straightforward. However, it’s keeping up with the actual bets that’s tricky at the live Sic Bo tables.

Some providers will have different betting options than others in some cases. With that said, virtually all live dealer Sic Bo games will have the bets that we’re going to describe below. Some of the payouts will vary, but they’ll usually be in the ballpark of what we’re showing here.

Players can make bets on the total of the three dice being a specific amount. It’s worth noting that certain pairings of totals will have the same payouts because they have the same chances to win. If two totals add up to 21, then they are a pairing of this type.

In what follows, we’re going to give some payouts for the various pairings of totals along with the house edge for each. We’ll use a notation like (60x/15.28%) to mean a payout of 60x for a certain wager yields a house advantage of 15.28%.

Despite being some of the most popular bets that aren’t small or big, these wagers have some pretty high levels of house advantage. This is the case for virtually all other bets in live Sic Bo.

You can wager on long shot bets of getting a specific triple. This means getting a particular number on all three dice. The chances of getting one of these correct is only 0.46 percent, but the payouts are the best available in the entire game.

Your payout for this depends on the software, and we’ll list a few of the most common ones here.

Again, the house advantage for these wagers are pretty high, but that’s what’s common for these bets in the industry in general, so that’s what you’re going to get a lot of the time at the live dealer Sic Bo tables.

You also have the option to wager on the option for any triples. This wins if all three dice have the same rank. However, it doesn’t matter what that rank actually is. Since the chance of it hitting is about 2.78 percent, it still has a high volatility. That said, it’s nowhere near as high as the volatility of specific triples.

Here are the most common payouts:

These bets are pretty popular because they have a high volatility without being exceptionally high. The high house advantage aside, they are good pairings with the big and small wagers.

Single Numbers/One of a Kind

Also known as “Any One Number,” you can place a wager of the numbers of times a specific number appears. Separate payouts are had for each number of matches. One match gets you a 1:1 payout, two gets you a 2:1 payout and the payout for three can vary. In most cases, three of them will get you 3:1, but you can see payouts as high as 12:1 in some cases.

If the pay for three is 3:1, then the house advantage is 7.87 percent on this bet. However, if it’s 12:1, the house edge improves to 3.70 percent. The latter is one of the rare wagers outside of the big or small that are pretty reasonable to make in this game.

The payouts for this can vary, but the most popular payouts are as follows:

It’s worth noting that the single-face domino bet will have payouts that vary, but the two-face domino bet has a payout rate that’s pretty standardized across the industry.

The payout for this wager is pretty much always 5:1. That leads to a house edge of 16.67 percent based on a 13.89 percent chance of both numbers hitting. The volatility is in the middle range, but the payout rate leaves more to be desired.

How to Win at Live Sic Bo

All things considered, the live sic bo tables are not a place where a lot of strategy is involved. You can essentially treat the game as only having the big and small wagers. That’s because they are the only bets in the game that usually have strong payout rates.

While you can find plenty of variation in payouts between game providers, they’re still usually fairly unfavorable. As a result, we have to recommend treating other bets like side wagers and only using them occasionally to mix things up.

If you like a lot of action but want something different, check out the live dealer Sic Bo tables. While the game centers mostly around the big and small bets, the social atmosphere is pretty tremendous. Along with that, you can end up getting some pretty good payouts on some of the long-shot side bets. Overall, it’s a fun game with a different feel and dynamic than many of the more popular titles.