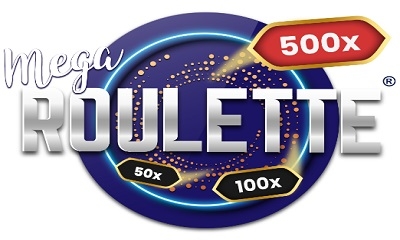 Pragmatic Play’s Live Mega Roulette game is a chance for players to win big. This is a single-zero live dealer roulette game with a twist in the form of bigger available payouts. You can win up to 500x thanks to the big pays that come with the random multiplier wins.

An Introduction to Live Mega Roulette

In the live dealer sector, software providers are constantly coming up with new ideas. Players want something fresh, and that’s not always easy to provide with table games. However, Pragmatic Play’s Live Mega Roulette tables are a good example of them coming through.

The key feature of this game is the multipliers to the straight-up wagers. You can win up to 500:1 instead of the normal 36:1 win.

Giving players something different isn’t always good in and of itself. It has to be something that’s exciting and different without stepping too far outside of the box. Pragmatic Play managed to check these boxes and more with live dealer Mega Roulette.

The presentation is also very strong. It has a crisp, fresh look, and it’s also available on mobile. The high-definition graphics and sound work well no matter if you’re playing at home or on the go.

The procedure for playing this game is slightly different than most other roulette styles. That’s even the case for the other live roulette tables. Here’s what you can expect:

This process is really straightforward. That helps to make it easy for new players to jump in and get started. As such, despite having so much going on and chances to win large prizes, it’s a good game for people new to roulette, live dealer games or both.

The betting and payouts can be a bit complicated in roulette in general. However, it’s even more complicated at the Mega Roulette live dealer tables. We’re going to break things down with one group of wagers at a time. The order we’ll cover these wagers is also the order we recommend you start if you’re new to the game or the genre.

On the game board where you place your wagers, there are two fundamental parts. The first part is the grid of numbers that’s shaped like a rectangle; the second part is outside of this grid. This grid is horizontal on the screen if you’re playing on desktop but vertical if you’re playing on mobile in portrait mode. When we speak of horizontal and vertical in the following, we’ll assume you’re on desktop or playing on mobile in landscape mode.

Outside wagers are the best place to start for new players. However, they’re also some of the most common bets made in the entire genre. This is because they’re easy to make and easy to understand with a low volatility.

The inside wagers are where things get really interesting, however. You get better payouts along with a higher risk, but you also get more customization on your bets. Most players go with a combination of both inside and outside wagers, but the inside bets are where the largest wins can be had, especially in Mega Roulette.

The outside wagers are mostly self-explanatory with a couple of caveats. They are split into two types based on how much they pay. Some of them pay even money, and others pay 2:1.

We’ll start with the even money bets:

From there, we have the bets that pay at 2:1 and that hit less often to compensate:

Something about this game is that you can start off just enjoying these outside bets with their low risk and volatility, and you’ll get a pretty solid payout rate of more than 97 percent.

The inside bets are the ones that happen on the number grid. A variety of them are available, so we’ll split them up into two groups. First, we’ll have what we’ll call the mid-volatility inside bets.

These can seem like much more advanced bets because of the issue of chip placement. However, their low volatility and balanced risk and reward make them great for players who are just getting their feet wet in this game. They are also good to mix in with other wagers to balance out the overall volatility of your strategies.

We have a few other wagers that we’ll call high-volatility inside bets. These are bets on fewer numbers, which results in a higher reward.

While these wagers have a higher volatility than the others we’ve looked at so far, they aren’t the highest. The highest comes with the straight-up wager we’re going to look at next. This level of volatility is exacerbated by the special multiplier bonuses in Mega Roulette.

If you’re familiar with single-zero roulette games, then this is where you’ll really want to pay close attention. Things are a lot different in this game with straight-up bets, which are just wagers on single numbers.

On each spin of the wheel, between one and five numbers on the board are selected at random. These numbers are shown with special multipliers that range from 50x to 500x.

The catch is this: If you win a straight-up bet with one of the selected numbers, your payout changes. In this game, a straight-up win is normally worth 30x. However, if you hit a win with one of these multipliers, you’ll get that payout amount instead, which can be as much as 500x. This is up there with the largest non-progressive wins that you can get in any type of roulette game.

How to Win at Live Mega Roulette

Something important to know about this game is that the payout rate is the same for every single wager other than the straight-up. The house edge is the same for all of the outside bets and every one of the inside bets that are on two or more numbers.

With that in mind, you’ll want to decrease your bet size relative to the risk you’re dealing with. That means that a split or straight-up will need a smaller bet size compared to a column or double row.

The reason for this is simple. A higher risk and reward means a higher volatility. With the higher volatility, the swings are more substantial. A smaller bet size helps to protect you from those swings.

Because of the rule set of this game with the straight-up wager, an atypical style of play is available. The idea is to make a very small straight-up bet on every single number on the game board. You’ll always win back at 29:1 at a minimum. With 37 numbers (1-36 plus 0) available, you’re really only risking eight of your betting units.

Pragmatic Play’s Live Mega Roulette tables are a much different way to play roulette. They offer plenty of classic action with a great-looking presentation. However, with the major multipliers that can come on your wins with the straight-up wagers, extra excitement is available. This is the kind of thing that works because it’s not too far outside of the box. It offers the classic gameplay without changing too much at one time. As a result, it’s more in line with the types of things that both new and existing roulette fans will like.