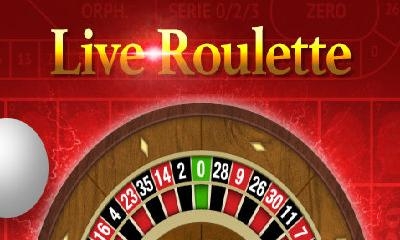 Live roulette is the most popular live dealer game that does not use cards. However, a variety of different styles are available, and they offer different things. In the following, we’ll break down the elements of this genre and how to figure out which game will best match what you’re looking for.

An Introduction to Live Roulette

Within the genre of live dealer roulette, a few different styles of play are available. However, they all hold the same basic gameplay at the core of it all. This style of play is what has made roulette the most popular non-card casino game ever in history.

Because it’s easy to learn and still has a lot of depth, this is the perfect game to relax with. However, it’s flexible enough to allow for complex strategies but only if that’s what you prefer.

The core rules of live roulette always stay the same. It’s all of the extras, the presentation and the social interface that really make the difference. With those differences, you can end up with some wildly different types of experiences. As a result, it’s critical that you know what you’re looking for and what isn’t that important to you. Learning these things first and using them to choose a specific game to play will go a long way toward helping you to have the best time possible.

The Basic Rule Set and Gameplay

On the most basic level, all live dealer roulette tables have the same types of rules. The gameplay is pretty straightforward:

It’s difficult to imagine a game with no cards or dice that works in such a smooth way. Because anyone can pick this game up and start playing, it’s not hard to see why it’s such a hit.

With that said, some major differences can occur in the games within the genre. We’re going to look at those differences here and show you how to decide what your preferences should be.

Two types of wheel formats are used in most roulette live games. They’ll both have the numbers 0-36, but one type has an extra green zero marked as 00. This differentiates it from the single green 0.

In short, you should pretty much always dodge games that have both the 0 and 00 on the wheel. The bottom line is that using the 00 gives up more of a house advantage. However, you aren’t really compensated for it in any way; the gameplay is usually the same as a single-zero game as well.

Some single-zero tables will have one or both of the special rules known as La Partage and En Prison, respectively. These allow you to get a better payout rate than usual on any bet that pays at a rate of 1:1. This includes the outside bets like even, odd, 1-18, 19-36, red and black.

While each of these two rule variations work differently, they have the same effect of cutting down the house edge substantially. They are typically tied to games referred to as live French roulette, but sometimes you’ll see them in specialty variations that are software provider-specific as well.

With the En Prison rule, an even bet that loses due to landing on zero gets a second shot. A marker is placed on your bet that identifies it as using this special rule when you lose in this way. You essentially get an extra chance to save your bet. The wheel spins once again, and if your number (or color, etc.) hits, then you receive your wager back. However, if it loses again, then you lose it.

The La Partage rule works in a similar but different way. It’s more straightforward and is typically the rule variation that players prefer to see with this. The basic idea is that losing on an even money bet does not lose your entire wager. Instead, you only lose half of it, and the other half is returned to you.

These two rule variations are pretty nice in that they give you an even smaller house edge than this game already has on certain common wagers.

In terms of the actual gameplay, there’s not much that you will see changed in this genre. However, some format variations do exist, and new ones are being invented somewhat regularly. These usually cover only a few different areas.

Here we’ll look over some of the variations you’ll see in format and presentation. These can change the game itself, but sometimes all it means is that the same information is presented somewhat differently.

The most common table layout in live roulette games is a rectangle of numbers with a few extra bets listed. This is the standard approach, and it’s pretty easy to make all of the regular inside and outside bets here. However, a different format also exists that works for a different reason.

This format is called the “racetrack” approach, and it looks like a long oval. This approach actually lists the numbers in the order in which they appear on the wheel. The whole idea here is that it makes it easier to bet on pie slice-shaped sections of the roulette wheel. It’s a bit different than what players are used to, but the overall gameplay remains unchanged.

In an effort to spice the games up, many live dealer software providers have added bonus payouts to roulette games. While these live roulette tables are given different names, it’s easy to see when you’re playing one. Non-standard payouts are added, often at random, for different winning numbers.

In exchange for better individual prizes, you’ll usually pay a cost when it comes to house advantage.

Thankfully, the house edge usually isn’t moved all that much by these options. It moves some, but it’s rare for it to be a significant amount. In this way, you give up some of the house edge in exchange for opportunities to take down some pretty serious wins.

One of the most irritating things at a roulette table is waiting on other players to place their bets. While you can play at your own pace in a traditional online table, that’s not the case in live games. Instead, you’re stuck waiting for other players to make their wagers.

To remedy this, speed-based variations exist of live dealer roulette tables online. This works by having spins come more regularly. To make this work in terms of the interface, you get to put the bets you want on a layout whenever you want. However, you can only actually have your bets active by pressing a special button. This sets you up to make those wagers on the next turn.

How to Win at Live Roulette

If you’re playing a single-zero version of live dealer roulette, then you usually don’t need to worry about strategy. That’s because every bet will have the same house advantage. As long as you avoid American roulette versions, it’s rare to find a game with a high house edge.

However, with some variations of the game that add extra betting options, that’s not always the case. There are too many styles of the game, with new ones coming out regularly, to cover every single one of them. With that said, the basic idea is pretty straightforward. If you stick to single-zero game with French options like La Partage and En Prison, it’s usually the best payout rate that you can find online.

Live dealer roulette tables are where a lot of action is had online in the live dealer space. If you don’t like the plain betting of Baccarat, it gives you more betting options. However, if you don’t like the strategic complications of blackjack, live roulette is a solid option with simple strategies. Overall, it offers the best of both worlds while still retaining plenty of room for innovation and different styles of play.

Which online casinos have Live Roulette?

The Age of the Gods Bonus Live Roulette Table by Playtech is Released
August 14, 2020