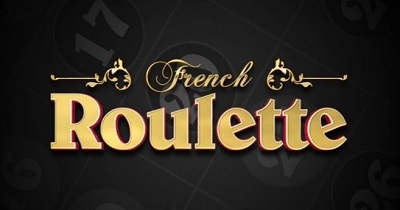 Live French roulette is one of the best-paying roulette options out there in the live dealer space. This is because of some extra rules added on that you don’t get in the European version of the game. As a result, you get some increased complications in exchange for better payout rates.

There’s no doubting that roulette is the most popular casino table game in the world that doesn’t use cards. This has been well-established for decades, if not more than a century. However, the presentation and exact rule set can change a bit.

Live dealer French roulette offers what most players consider to be the best mix of options. This includes a combination of how easy it is to learn to play with how good the payouts are.

On the surface, this game essentially looks just like the more common European version. It also has the same differences from the American style in that it only has a single zero on a 0-36 layout. However, some small rule changes mix things up quite a bit and really change the available strategies.

In the live dealer environment, you also get the added value of having all of the advantages there as well. This includes things like an increased social atmosphere and a more aesthetically pleasing look and feel. The downside is that the game plays a little slower than if you were playing in a traditional online environment. However, most players agree that the live dealer option is the best presentation.

The rule set for French roulette live dealer tables are mostly the same as the traditional online options. However, the way the timing and betting works is a little different, so we’r going to walk through things from a practical standpoint. Additionally, we’re going to break down all of the payout options and how they vary from other forms down below.

The Basic Procedure at the Tables

Making this game proceed quickly enough without rushing players is a tricky balance. However, they’ve managed to do it with the following approach.

You’ll have the ability to chat with other players during any part of this process. You’ll also be able to tip the dealer if you’d like. This is often customary after particularly large or rare types of wins, but it’s completely optional.

Virtually all live dealer French roulette games will have a special rule available on certain even money wagers. However, the exact way these rules work can vary a bit between different software providers. With that said, most of the top, most reputable game developers have the same rule set, and we’ll show what that is here.

The most common special rule that you’ll see is called La Partage. It’s the single rule that separates this game from European roulette the most often.

Here’s how the La Partage rule works. If you have an even money wager (like red, black, even or odd shown below), then this rule kicks in on a zero. When the green zero is rolled, you will not lose your entire wager. Instead, you’ll only lose half of your bet size.

There is typically no limit or restriction on how this can work, so it effectively works to cut down the house advantage quite a bit on these particular types of bets.

The second most common special rule is called En Prison. This rule is also different than in European roulette.

En Prison works a little differently. The name of the bet works out to mean that the bet is “in prison,” so it cannot be moved.

If you have an even money wager that loses due to a green zero being spun, you can choose the En Prison option. The idea is that the next spin determines the fate of your wager. If you win on the next spin, you will get your bet back. However, if you lose, the bet is lost.

These are essentially different versions of the same idea. You’ll often have one or the other available, but some casinos allow both. It really just depends on where you’re playing.

When you look at a roulette table layout of any style, there are always two different parts of the board. You have the grid of numbers, and you have other symbols and betting locations around that grid. The number grid is called the “inside.” However, the rest of the betting layout is called the “outside.”

You can place wagers on either of these, but the nature of the wagers can be different. For the most part, most wagers in this game will have the same house edge of 2.7 percent. That doesn’t matter if it’s an inside wager or an outside wager. However, there is an exception for wagers subject to the La Partage or En Prison rules. We’ll elaborate on this below.

For most players starting off at the live French roulette tables, the outside bets are where you’ll want to start. By far, these are the easiest wagers you’ll find in virtually any table game. With live dealer French roulette, that’s also the case. It’s a simple situation where you put your chips on a given spot, and it’s clear how you win or lose.

Here we’re going to list out all of the outside bets, their payouts and the house advantage on each. We’ll also show you which of these wagers are subject to the En Prison and La Partage rules.

First we have what we’ll call our even money wagers. These pay 1:1 when you win, so a wager of €5 will lead to a profit of €5 when you’re a winner. Their labels describe how you win with some exceptions.

All six of these wagers are the ones subject to the La Partage and En Prison rules. That leads them to have the lowest house edges of any wager on the board at 1.35 percent.

A few other wagers are available on the outside of the number grid. They all have the same payout of 2:1. Here’s what you have available:

It’s critical to note that these wagers all pay 2:1, which means they aren’t even money payouts. As a result, they are not subject to the special En Prison and La Partage rules, and they have somewhat higher house edges of 2.7 percent.

If you want something a bit more customizable, then the inside wagers are where to look. Two aspects of this make it more complicated to get started with, however. The first is learning the payouts for all of the available wagers. The second is learning where to actually place your chips so that you’re making the wager that you want.

This second point is key: Unlike the outside wagers, there aren’t specific boxes for most of the inside wagers where you just put your chips to make a bet. Instead, you have to place chips in certain positions. This includes corners, lines, the edges of the game board and so on.

With that said, it’s pretty intuitive once you see how it works. Here we’ll break down how these inside wagers work and what’s available.

All of these inside bets, no matter which one you choose, have the same house edge of 2.7 percent.

How to Win at Live French Roulette

Live dealer French roulette strategy centers around a straightforward idea. That idea is to keep the house edge down as much as possible. With that said, the only way to do that is to only play even money wagers. This is thanks to the La Partage and En Prison rules only applying there.

The end result of that strategy can be a bit boring for some players. Instead, we recommend mixing in some of the other bets for whatever you want. Since all of these other bets have the same 2.7 percent house advantage, there’s literally no way to go wrong.

French roulette live dealer tables offer some of the best odds of any live roulette style. It also offers a balance of a reasonable pace of play without players being rushed. On top of that, you get to enjoy a social atmosphere and chat up players from all over the globe. It offers the best of the online and brick and mortar worlds with none of the disadvantages.