Live ONE Blackjack Casinos and Tutorial 2021 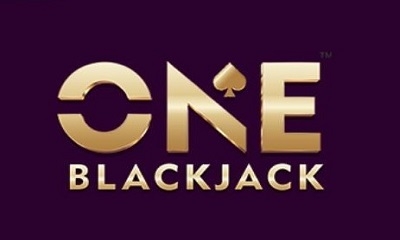 The live ONE blackjack tables from Pragmatic Play give you a quick live dealer experience. Many side bet options are available, and the entire game is designed to play quickly. This is a big advantage over traditional live dealer blackjack tables that run fairly slowly instead.

Casinos with Live ONE Blackjack

An Introduction to Live ONE Blackjack

In the live dealer arena, blackjack is known for being a fairly slow game. You typically have seven people at a table, and they each take some time for the hand. On top of the time spent giving players a few moments to place their bets, and along with the time it takes the dealer to play his or her own hand, that time really adds up and leads to a slower game.

This has traditionally been the big weakness of live dealer blackjack compared to regular online games. Pragmatic Play’s live dealer ONE blackjack tables avoid this problem.

Everything about this game is designed around a simple game mechanic that fixes a lot of inconveniences about live blackjack. The whole idea is that everyone playing is actually playing the same set of cards. This helps to speed the game up, but it also offers a cleaner interface. A number of other advantages are had from this change in format, and we’ll look at more of those further down below.

It’s also worth noting that this is a very aesthetically pleasing game. The feel is a bit different than most other live blackjack tables. A lot of this has to do with the purple and gold theme that’s different from pretty much anything else out there. We really like how Pragmatic Play has differentiated themselves in such a strong way with how this game looks.

The Best Casinos for One Blackjack Live

What you’re going to look for when you’re looking for a casino to play this game is Pragmatic Play games. In particular, you want to make sure that their live dealer selection is available. That’s an important thing to note because a number of sites have their slots without their other titles. Making a deposit only to find out that you can’t play the game you were aiming for would be a real disappointment.

Once you have some casinos in mind from our recommended reviews, you can narrow them down a bit further. This will help you to find the site that will be the perfect fit for you. A good way to do this is to look at the promotions and banking options available. Both of these are areas where you need to make sure they have something available that works for you. In the promotional area, we recommend bonuses or other deals that you’ll be able to benefit from. Whether this is for live dealer games or other titles is up to you.

Finally, make sure that they have other types of games that you’ll want to play as well. For the vast majority of players, they don’t really stick to just one thing. Instead, they like to bounce around a lot to different games and different genres. If you make sure that they have additional titles that you’re interested in, then you can enjoy a group of games instead of just one title.

The rules of the live ONE blackjack tables are a little bit different than traditional multi-hand live dealer games. Much of this comes down to the format, but certain others are about adapting to that format strategically.

To this end, we’re going to walk you through how individual hands are displayed and played. We’ll also break down all of the special rules that you might want to know. Additionally, we’ll show you how to get the most from this atypical format.

Playing Through a Hand

The easiest way to show the gameplay procedure is to go through how a hand is played. Keep in mind that tons of players will be playing the same cards. However, your individual decisions are your own, and you don’t have to play the same way as anyone else. You’ll see what we mean in the following.

If the dealer goes over 21, that’s also a bust, and remaining player hands win. Otherwise, the highest score wins here.

The players get a few different betting options in ONE blackjack. It’s worth noting that no surrender option is available in this game. That won’t affect most people, but it’s something that some players will want to know.

Outside of that, here’s what’s available in terms of betting options:

There are a few other rules to do with this game that we want to point out. They cover a few special cases primarily along with some mechanical points of the game.

An insurance side bet is available if the dealer shows an ace. It pays out at 2:1. Generally speaking, this is the worst wager in the game, and we don’t recommend players take it.

Live ONE Blackjack Side Bets

Pragmatic Play has offered players four different side bets in this game. In the following, we’ll break down everything you need to know about each of them. This includes how they work, the payout rates and the prizes that you can win.

If you’ve ever played three-card poker, then you’ll love the 21+3 side bet. Your initial two cards are put with the dealer’s up card to form a three-card poker hand. It’s then compared to the following pay table to determine wins:

The most common question about this side bet has to do with the payouts for the straights, flushes and three of a kind hands. That’s because they are in the opposite order as what you find in five-card poker. The reason is that the hand rankings are in the order of how difficult they are to get dealt statistically. With fewer cards (three compared to five), flushes are more likely, and three of a kind is much less likely.

The Perfect Pairs side bet, shown with the “Pairs” spot on the table, has to do with only your first two cards. If they are a pair of the same rank, then you’ll get a payout based on what the suits are. Here are the three cases:

This is a fun side bet with a top-heavy pay table. It gives a payout rate of 95.9 percent on average. However, the volatility is a little higher than the 21+3, which is the lowest volatility side bet in this entire game.

Some blackjack games call this the “Bust It” or “Buster” side bet. The pay tables can really vary across different software providers and platforms. However, the payouts for this wager with Pragmatic Play are pretty solid.

Essentially, this is a bet that the dealer will go bust. However, your payout is determined by how many cards the dealer has when busting out.

Something important to note is that it is possible for the dealer to bust with nine or more cards. If the number of cards is greater than eight, then you get the same 250:1 payout as if it was exactly eight cards, which is a very solid win.

The Crazy 7 is a side bet that’s pretty unique to Pragmatic Play’s offering. It’s not something you’re just going to find out in the wild, so to speak. The entire idea here is that you can get paid based on the number of 7s found in your first three cards.

The pay table is as follows:

You will need to hit or split to pick up third seven. Also, if you choose to split, it’s the first card dealt to your extra hand that’s used for this side bet. Overall, the payout rate if 94.26 percent, which isn’t bad at all for such a novel side bet that has such a tremendous top jackpot of 2,000 times your wager.

How to Win at ONE Blackjack Live

Strategy in this game is mostly straightforward if you want to play a basic strategy. Any regular multi-deck blackjack strategy will have you playing pretty well here. However, there are some particulars that you can adjust to if you want to play extremely well. This includes adjusting to being able to double any two starting cards and playing certain situations differently based on the six card Charlie rule.

There’s a whole lot offered to players with Pragmatic Play’s ONE Blackjack live dealer tables. It’s one of the best live blackjack options out there right now because it offers quick play and a good rule set. You typically only get one of those, if that, in this space.

With correct play, you can get well over a 99 percent payout rate in this game. It’s worth noting as well that a lot of the fringe situations are pretty forgiving. That means you won’t necessarily drop under 99 percent if you make small mistakes here and there.

Which online casinos have Live ONE Blackjack?