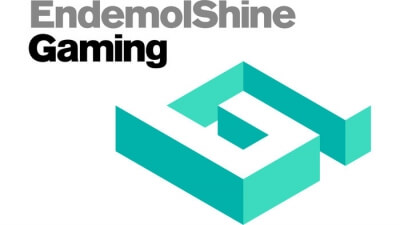 With the popularity brought about by its television gameshows, the Endemol production company created its own gaming arm to transform them into an online experience where players can win real money, just like the contestants in the shows.

Many of its games simulate the TV programmes’ graphics and sounds, often with actual video clips from the shows. Endemol Shine Gaming’s titles are being enjoyed by a global audience, largely thanks to the brand recognition they enjoy.

Endemol Shine Gaming has focused on making casino games based on its popular TV shows. These are exceptionally well-made in terms of graphics and animation. The company also employs a strategy of targeting markets where its TV shows are being aired.

In addition to its own properties, it has developed games based on third-party brands such as Austin Powers, Dumb and Dumber, Universal Fighting Championship and many more. It has also partnered with major game developers like Gamesys and Playtech, to produce more exciting games in the future.

Endemol Shine Gaming has a respectable portfolio of around 50 games. While most of the games are similar, they are often tailored to focus on a certain country or area. Since they cater to a specific community, gamers can play with a sense of patriotism.

Some of its more popular games are Big Brother slots, UFC slots, Deal or No Deal Roulette, The Money Drop and Fear Factor. Obviously, these are ones that most players have heard or seen before and so are already familiar with.

Adapted from the hugely popular reality series Big Brother, which has spread its franchise all over the world, the Big Brother slots offer the same kind of appeal and dynamics. While the graphics and animation are simplistic, the gameplay more than makes up for it.

The main symbols in this game are the camera, the lens, keyhole, heart and stars. It offers two bonus rounds, which can be triggered by three or more eye symbols on the active reel. The first is the free spins bonus, where the player can be given bet multipliers aside from the spins. The second is the Housemates Tasks round, wherein players are given envelopes with a task and a pay-out.

Deal Or No Deal World Slots

Endemol Shine Gaming has created many slot game versions of this TV show, depending on the country or area, but Deal or No Deal World Slots is considered the international version of the company’s bestselling game. Replicated from the TV show of the same name, the setting of the reels is in the form of a television studio.

This five-reel, 20-payline slot consists of most of the things normally seen on the popular show, like the banker, contestants, the prize money wall, and of course the red button. The famous phone symbol is the scatter, while the Deal or No Deal symbol is the wild.

Based on the award-winning gameshow of the same title, this slot is more of a scaled-down version. The player has to choose bets and then the number of trapdoors, as well as the number of rounds to play. The more trapdoors and rounds the player chooses, the higher the prize in the end.

While the gameplay of Million Pound Drop slots is quite simple, based on its Return To Player (RTP) ratio of 92.15%, there is a high possibility of going away with some real winnings.

Mixed martial arts (MMA) is the next big thing in sports, and the Universal Fighting Championship (UFC) is the biggest promotion in that industry. Fans of MMA will surely enjoy Endemol Shine Gaming’s five-reel, 20-payline slots game set on the Octagon. Players are given a choice to pick their favourite UFC player from the roster, and that player will be featured on the reels when the game starts.

The main symbols are the announcer, the ring balls, the round girls and the UFC logo, while minor symbols are the letters J, Q, K and A. The special ones are the fist bump logo, the championship belt and the player’s chosen fighter. Bonus features include the expanding wild, the fight night bonus with mini-game, and the training bonus where free spins are awarded.

As well as UFC, Endemol has produced several slots games based on other licensed properties. These include popular films such as Dumb and Dumber and the Austin Powers series. In addition, it has developed several of its own titles, including 3 Lucky Pots, Throne of Osiris and Popping Potions.

Endemol, now known as Endemol Shine Group, is one of the biggest television companies of its kind. It has enjoyed colossal success with TV shows like Who Wants To Be A Millionaire, The Million Pound Drop and the worldwide hit Big Brother.

In an effort to expand its exposure in the digital world, Endemol ventured into the iGaming industry, creating Endemol Shine Gaming. It has over 50 games under its name, and most of them are online versions of its TV franchises.

Endemol Shine Gaming markets its online games to regions where its television shows air, so it has an edge over competitors when it comes to brand recognition. The TV exposure surely helped in making its games some of the most popular titles available in online casinos.

The company’s in-house developers are currently creating original content for their partnership with the brand Playzido. Endemol has also ventured into partnerships with big-name developers such as Playtech and OpenBet.

Where can I play at Endemol Shine Gaming casinos?

The games are available in several major online casinos as well as selected land-based ones. See the casino list above for the best Endemol Shine Gaming casinos.

Most of Endemol Shine Gaming’s titles are teeming with different kinds of casino bonuses from free spins to mini-games.

Due to the popularity of its TV programmes, some of which are franchised in over 30 countries worldwide, Endemol Shine Gaming also creates games focused on specific regions. It supports over 23 languages including English, Spanish, Italian, Russian and many more.

In an effort to extend reach to a global audience, Endemol Shine Gaming’s titles were created to support most platforms available. They can be played straight through the browser using Flash, without having to install or download an app. Some games are also available for mobile devices. The success of its mobile games is clearly evident as Deal or No Deal is the most downloaded game app in the marketplace.

How secure is it to play Endemol Shine Gaming’s titles?

Endemol Shine Gaming is licensed and regulated by the United Kingdom Gambling Commission, which handles some of the large names on the online betting community like 888 and Virgin Games. Its software is regularly tested and audited for security and fairness. This ensures that players will have an enjoyable gaming experience without having to worry about security.

What is the best Endemol Shine Gaming casino?