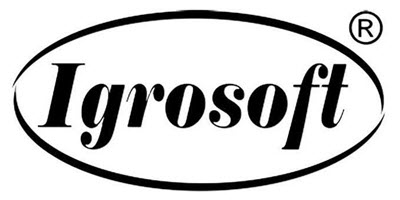 Igrosoft is a Russian gaming provider that launched back in 1999, so they have been in the gaming industry since the early days. The software provider started producing land-based slot machines for casinos based around Russian and Ukraine. They have since turned their attention to online slot games. Igrosoft has developed a good range of online casino games, with slots and table plays available. The games provider offers two versions of their slot products, one for Russian regulation and one with standard regulation. They also provide their games in real money play and demo play.

Why Play at Igrosoft Gaming Casinos?

Igrosoft Gaming has a comprehensive catalogue of casino games. Some of the popular games from the slot developer include Game cocktail and Multi fish. The bulk of the game’s portfolio is video slots, most of which are played on the standard 5 reels. All the games created by Igrosoft are of decent quality and fully tested for fair play. You will find a variety of slots to pick from, all with engaging features and interesting themes. The games have all been developed using HTML5 technology, so they perform well across multiple devices, including the latest mobile devices.

Igrosoft has around 20 game titles to their name, these come in the form of 2D video slots. The video slots look a  little outdated and have their own style. The games are not visually impressive or displaying much in the way of innovation. The gameplay is very basic and the features are very much familiar. The selection of games hasn’t been updated with the times and remain very much behind the pack when it comes to the visual appeal and bonus extras.

Although Igrosoft has a catalogue of around 20 games, there are a handful of slots that stick out. These games are the most popular and offer the best rewards. The games include some nice in-game bonus features that can boost payouts significantly. In general, the Igrosoft slots are very much average when it comes to the rewards.

The Garage slot is set around a mechanics garage, you will see the mechanic laying down with a beer and cigarette with a sleeping cat. On the reels, you will find spark plugs, keys, car batteries, oil and more mechanical stuff. The 5-reel game comes with 9 paylines and was very popular as a slot machine in brick and mortar casinos. The online version stays true to the original with two bonus rounds to trigger.

Fruit Cocktail is a 5-reel slot with 9 paylines. The game maintains a simple approach to real money play. The fruit machine slot is one of the most popular from this slot provider. The game features wild symbols to increase the chances of completing winning combinations. You can hit a top payout of 5000x your stake if you land a combo of 5 logos on one payline.

At the time of writing Igrosoft has 16 slot titles, the last game title released by this game studio was in May 2020. The slots have been developed for Russian speaking players. The slot games were originally created for physical slot machine devices in Russia but eventually, the gambling establishments were moved to designated gaming zones. Igrosoft then worked on altering the slots for online play. The games maintain the 2D graphics that are very much behind the times when it comes to today’s standard of slots. The slot games come in several common themes, such as fruit machine, animal and a few themes familiar to Russian players. Overall, the slots are quite basic but do offer some level of bonus action, although they can’t compete with the new games we’re used to playing.

Igrosoft currently does not have any table games to their name, all their focus remains on video slot titles.

Igrosoft started in 1999 in Moscow, Russia. The game’s developer started off as a software developer and a consulting firm before moving to create physical slot machines for land-based casinos around the country. Igrosoft was headed by Timur Stolyarov, an industry expert within the land-based casino domain. In 2009 Igrosoft stopped its production of physical slot machines and turned its attention to the online gaming market. Since they have started producing slots for online casinos, they have made some impressive partnerships with some big players in the industry. They have signed deals with EveryMatrix, Slotegrator and Betsson to host their slot titles on the white label product.

There isn’t a large amount of information on the company website, the website itself looks like it was created in the 90s. It does feature a news section that the last game to be released was in May 2020, which is nearly a year ago at the time of writing. Igrosoft doesn’t look like an active producer of games. The company doesn’t seem to show any ambition of growing into new markets and producing games that compete with the industry leaders. They very much seem like they want to stick to what they know with simple and easy games.

What is the best Igrosoft casino?