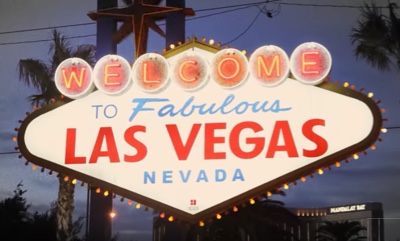 Each year, millions of people travel to Las Vegas to enjoy the many leisures this town has to offer – including gambling. Las Vegas, a city that hasn’t been around for much more than a century, rose to fame (and infamy) after legalizing gambling in 1931, and reducing the residency requirement for divorce to six weeks.

Following World War II, the fairly rough and tumble Las Vegas began to change in certain regards, as down-to-earth gambling halls got competition from newly erected lavish hotels and luxury casinos. In the 1950s, big-name entertainment became a staple of the Las Vegas nightlife. This was also the decade when Moulin Rouge Hotel opened, the first racially integrated casino-hotel in Las Vegas.

After being strongly associated with organized crime and various seedy endeavors, Las Vegas re-branded itself once again and it today a popular destination not just for hard-core gamblers but also for families looking for a fun time in the sun, comfortable hotels, and great concerts and performances for all ages. Las Vegas is also home to a vibrant art scene with numerous galleries, especially in the old Downtown area.

Yet, gambling is still present pretty much everywhere in Las Vegas. Even as you arrive at the airport, you are greeted by the tell-tale sound of the airport slot machines. Many hotels have slot machines in the lobby, and quite a few grocery stores offer you the chance to win something at the slots.

Where is the City of Las Vegas?

The City of Las Vegas is located within Clark County in the state of Nevada, in the United States of America.

For most of us, the mere mentioning of the name Las Vegas conjures up images of the The Strip – the long stretch of Las Vegas Boulevard South that is lined by big casinos and hotels such as Tropicana, MGM Grand, Bellagio, Caesar’s Palace, The Venetian, Harrah’s, and Wynn.

Interestingly, The Strip is mostly located outside the city of Las Vegas, in nearby Paradise and Winchester. Yet, for most visitors, it is of course seen as an essential part of Las Vegas.

The southernmost part of The Strip

The southernmost part of The Strip is located fairly close to Interstate 25.

On this part of The Strip, you find establishments such as Aria, Mandalay Bay, Mandarin Oriental, Excalibur, Luxor, and Tropicana.

At Tropicana – at the intersection of Las Vegas Boulevard and Tropicana Avenue – you can access an elevated pedestrian bridge system. Through this system, you can walk over to MGM Grand Las Vegas and Excalibur without having to deal with motorized traffic.

The middle part of The Strip

Between Harmon Avenue and Flamingo Road, you’ll find famous casinos such as Bellagio, Bally’s and Planet Hollywood. As you cross Flamingo Road and continue northwards, you’ll enter a part of The Strip that’s home to The Flamingo, The Palazzo, Ceasar’s Palace, The Mirage, The Venetian, Casino Royal, and Harrah’s.

The illustrious Rio All-Suite Hotel and Casino is also located in this neighborhood, but not actually on The Strip. Instead, its address is Flamingo Road.

The northernmost part of The Strip

Examples of casinos located at the northernmost part of The Strip are Wynn, Encore, and Riviera.

This is the Las Vegas city centre, and it is also were the gambling took place when Las Vegas became a gambling destination, long before the advent of The Strip.

Compared to gambling hotspots such as Macau and Monaco, Las Vegas is a very young town. It was founded in 1905 on 110 acres of land adjacent to the Union Pacific Railroad tracks and didn’t incorporate as a city until 1911. It was this early Las Vegas settlement that today forms the city’s downtown area.

Important: Binion’s Gambling Hall (formerly: Horseshoe Casino) is no longer in business. After being open for more than half a century, the casino closed in 2004. In 2009, the hotel was closed too.

North Las Vegas, the area on and around Las Vegas Boulevard North, has traditionally been the site of factories and huge warehouses, but as in many other cities in North America and Europe, the old industrial neighborhoods here have become the setting for 21st century urban renewal – and in the case of Las Vegas, this means that the hotels and casinos have moved in, together with some high tech companies.

The Boulder Strip area includes the Boulder Highway + other parts of the City of Henderson where there are casinos. Henderson is located about 26 km southeast of Las Vegas, within the Las Vegas metropolitan area. Many tourists staying in hotels on The Strip or in Downtown never set foot on the Boulder Strip, but it is a popular area for the Las Vegas denizens and you can find around 30 casinos here; most of them very relaxed and low-key. Some of the casinos on Boulder Strip has become renowned among the locals for having slot machines with unusually high RTP:s.

Examples of casinos in Boulder Strip:

In addition to casino gambling, a lot of people visit Boulder Strip to engage in sports betting and race betting.

Hotels are available in the Boulder Strip area, but the grand total of rooms are less than 3,000. Very low compared to areas such as The Strip and Downtown.

Why is it called Las Vegas?

Las Vegas is Spanish for the meadows. It is a reference to the fact that unlike many other parts of Nevada, this little area had green meadows – thank’s to the presence of artesian wells.

The oldest known use of the term Las Vegas for this area is from the late 1820s, when Raphael Rivera called it that. He was a hired scout for merchants doing the dangerous journey from New Mexico to Los Angeles.

For many tourists that come to Las Vegas, climate is a kind of a non-issue since they will be spending pretty much all their time indoors in air-conditioned rooms. With that said, some visitors – especially from up north – come to enjoy the warm and sunny weather, and many Las Vegas hotels feature lovely outdoor pool areas.

The rainiest month is February, although it’s only rainy by Las Vegas standards. Las Vegas is located within the Mojave Desert region and February normally brings just a few days with rain, and plenty of sunshine in between the showers. The rains can be very heavy though, and the parched ground of the surrounding arid landscape is not good at soaking up the water. Large drainage pipes, culverts and similar have been installed to help move the water away and prevent the city from being flooded.

December is the coolest month. It is quite common for snow to fall on the nearby mountain tops, but snow in Las Vegas city, which is located in the valley, is exceedingly rare.

About the Las Vegas Valley

If you stay more than a weekend in Las Vegas, you might want to get out of the city once in a while for some adventures that aren’t focused on gambling and nightlife.

Humans have been living in this valley for over 10,000 years, and some of the prehistoric peoples here have left behind petroglyphs and pictograms.

Even though it might be hard to believe, this part of Nevada was actually a river-fed wetland once upon a time – but that was several hundred thousands of years ago, before humans lived here. Over time, the rivers stopped feeding the marsh and the lush wetland gradually disappeared, leaving Rome for something decidedly less hospitable. When the Paiute people moved in about 2,700 years ago, they only used the valley during the winter seasons. As soon as summer arrived, they went to their summer dwellings up into the mountains.

Parks and other recreational areas

Here are a few of our favorite spots for enjoying the wild valley:

Established in 2012, this museum tells the story about organized crime in Nevada and the efforts to combat it. It also contains artefacts and information regarding this theme gathered from other parts of the United States, including Chicago. The museum is fittingly located in the old Las Vegas Post Office and Courthouse, a house built in 1933.

The National Museum of Organized Crime and Law Enforcement (“The Mob Museum”) is located on 300 E Stewart Avenue in Downtown Las Vegas. This is two blocks north of the famous Freemont Street.

This is a guitar shop, but it has also become a popular tourist destination since it is home to a huge assortment of interesting vintage guitars. In recent years, one of the shop owners (Jesse Amoroso) and the shop’s amplifier expert (Roy Page) have made several appearances on the History Channel reality show “Pawn Stars”, which has helped boost public knowledge about the shop’s existence.

Downtown Guitars is located on 1009 S. Main Street, within the art district of Downtown Las Vegas.

The Las Vegas nightlife is strongly associated with bright neon lights in all shapes and sizes. But what happens to iconic neon signs when they are replaced or the establishment to which they belong is closed? Well, some of them get a new lease on life and end up at the Neon Museum in Las Vegas, where they can continue to be admired by Las Vegas visitors.

It is, therefore, best to contact the museum in advance to check which of the exhibits you rather visit. The Neon Boneyard (where the largest exhibit is) is on 770 Las Vegas Boulevard North, Las Vegas, NV 89101.

The phone number is (702) 387-6366, and the email address is info@neonmuseum.org. For more information about private tours, send and email to privatetour@neonmuseum.org.

This museum is about the nuclear bomb testing that has been taking place at the Nevada Test Site north of Las Vegas city from 1951 and onwards.

The National Atomic Testing Museum is located in 755 E. Flamingo Rd. This is not in the City of Las Vegas city, but in the neighboring Paradise. (Paradise is also where a notable chunk of The Strip is located.) If you are at the spot where The Strip (Las Vegas Boulevard South) intersects with Flamingo Road, you can walk to the museum in just 10-15 minutes.

When the Hoover Dam was built in the 1930s, parts of the Pueblo Grande de Nevada archeological sites were covered by the waters of Lake Mead. Artefacts removed from the now flooded area are on exhibit in the Lost City Museum (formerly named Boulder Dam Park Museum) in Overton.

The museum has several displays depicting the excavations of the now flooded archeological sites, together with genuine artifacts such as jewelry, pottery, and shells.

Despite the aridness, Las Vegas and the surrounding region is home to numerous public gardens and other green spaces accessible to the public. Here are a few of our favourites: