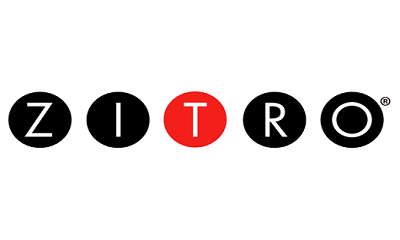 Since 2007, Zitro has been steadily carving out a reputation as a creative producer of video slots and bingo games. Based in the “ideas factory” in Barcelona, company founder Johnny Ortiz has taken their products to multiple territories across the globe, most notably in Latin America. Today, the team has grown to in excess of 300 talented individuals, producing both land-based and online games.

Why play at a Zitro Gaming casino?

If you love bingo games or online slots, you’re sure to enjoy titles from the Zitro Gaming library. Their expertise in the bingo field is particularly strong and their games are renowned for being colourful, engaging and offering big payouts. In 2016, they invested heavily in their team of creative and innovative staff, to branch out into online slots. This move has paid of with the success of titles such as Link King: Asian Woods, Fairies Land and Fortune Goddess.

Zitro focuses primarily on video slots and bingo games. Originally, they were developers of bingo products in land-based sites, before expanding to electronic versions of the popular game. While later on, they expanded into the world of slots, at both physical and digital casinos.

Real money online slots are a recent addition to the Zitro Gaming portfolio, after shifting strategy in 2016. As such, the game library is not the biggest. But you may recognise such titles as Wild Mustang, Fortune Goddess and Dragon Year from some of your favourite online casinos.

However, land-based slots are very much a forte of Zitro Gaming. Their Fusion gaming cabinets are a bit hit in casinos across the globe, containing award-winning titles such as Link King, Blazing Pearls and Link Me.

Land-based bingo games are where Zitro began their journey back in 2007. As such, this is one of the company’s strongest areas. Progressive jackpot video bingo games like Dragon Lamp are some of the standout products in the game library. Not to mention the rest of the Lamp series of bingo games, which includes all kinds of regional and historical variations. Da Vinci Lamp, Maori’s Land Lamp and Taco Way Lamp are just a few noteworthy examples.

In addition to video bingo, the company produces a great deal of electronic bingo games, which popular in countries such as Spain and the Philippines. E-bingo is similar to keno and was extremely popular even before Zitro pioneered their BET product. This interconnected network spans multiple sites to create bigger and better progressive jackpots.

Zitro Games burst onto the scene back in 2007, with their award-winning Gold Dice product. Their speciality was, and indeed still is, land-based video bingo titles. But in keeping with the vision of founder Johnny Ortiz, Zitro continues to reinvent and grow its game collection. The company places a real focus on innovation and diversity. This has driven its growth thus far and enabled the company to become a leading player with the industry.

2016 was a big year for the Zitro Games team. This marked their first foray into the world of video slots, after spending the best part of a decade on bingo games. In addition to launching the brand BRYKE as a vehicle for these slot titles, Zitro also dropped BET, their innovative bingo system for physical bingo premises. Finally that same year, the company opted to shift its focus to more towards the online sphere, to further grown the brand.

Today the Zitro staff comprises over 300 of the industry’s finest talents. The growth has been steady, driven by an investment in research and development. Not to mention sourcing extremely creative individuals for the team. Accolades have followed the company along the way, too. For instance, the 2013 SAGSE Trophy for “outstanding contribution to the gaming sector”. While more recently, games such as Link King and have won Best Debut Content awards, most notably in Bulgaria at the 2018 BEGE trade show.

Absolutely not. Zitro Games is one of the most respected bingo and slots developers in the world, notably across Latin America. Their RNG games conform to the highest standards of testing and are demonstrably fair.

What games do Zitro produce?

The company began as a developer of land-based bingo titles and cabinets, back in 2007. Since then, they have added electronic bingo and slots, both online and physical, to their portfolio.

What is the best Zitro Gaming casino?