Our Expectations for the Metaverse Blackjack Table Experience 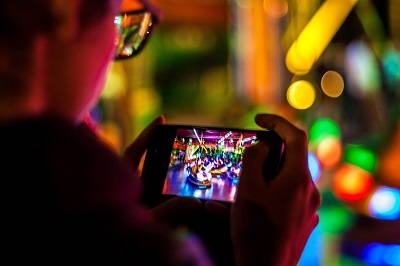 Much has been said about the Metaverse, which could be the ultimate virtual reality experience and the next “layer” of the Internet after mobile. Adding to the social factor and level of interaction could be casino games like blackjack where the social aspect has been largely lost online.

You can’t really read news much anymore without reading about the next big development in the Metaverse. Facebook, the largest social network in the world and owner of Instagram, the world’s number two, has changed their company name to Meta to show how serious they are about this. Additionally, they continue to push money into investing in it with hundreds of millions being put into it each year.

However, we’re more interested in the possibilities for Metaverse casino games than we are the business and investment side of things.

Given the push into it, we think it’s pretty safe to say that the Metaverse is going to happen sooner or later. Additionally, we expect it to be pretty successful. We say that considering that it seems to be the logical “next step” of the progression of the Internet.

However, there’s not much out there about how the online gambling industry intends to use it. We have our own opinions based on our experience and knowledge of the history of the opinion. In the following, we want to break down what we expect for blackjack games in particular. We want to focus on this genre specifically because of the implications of a revival of this once booming game.

What is the Metaverse, and Why Should Players Care?

Consider the following progression of the Internet:

Here’s the question that you want to ask yourself if you want to understand the concept of the Metaverse: What comes next on this progression?

For most people, the immediate answer is something to do with virtual reality. While those people are correct, this leads to another problem. We need a platform for this virtual reality world to be based on. That’s where the Metaverse comes into play.

Casino Games in the Metaverse

We think it’s pretty much inevitable that gambling will have a place in the Metaverse. It’s a pretty safe bet to say so because of how prevalent they have been with other new platforms. Online casinos started off in the mid-1990s when dial-up was the most common way to connect. From there, they expanded into the mobile space. We already have some very rudimentary VR casinos available now. Additionally, software providers have been demonstrating prototypes and new ideas at trade shows for years.

This is why we think casinos in the Metaverse will ultimately happen one way or another. Additionally, we think it’ll take over just like what has happened with mobile.

Taking the Next Step: Jumping Into Metaverse Blackjack Games

One of the biggest disappointments we have seen from the online casino world since it started is the devaluation of classic table games like blackjack. It gets a reasonable treatment in terms of the number of variations available. However, the main issue we have isn’t with the number of titles. Instead, it’s with how the experience itself is treated. Virtually all social interaction has been stripped from it as well.

If you’ve ever played blackjack in a brick and mortar setting, you know how much fun it is. However, most of the fun comes from chatting up other players at the tables along with your dealer. It’s a whole experience that has been lost in the modern setting. We know live dealer games have tried to bring this back to some extent. However, it’s still an issue even there because the chat box situation is still so plain and dry.

How the Metaverse Setting Could Fix This Classic Genre

Imagine that you have a digital avatar that moves around in an online casino environment. You can dress this character up in clothes that you buy using a digital currency, which is already happening in other virtual worlds from massive fashion designers like Ralph Lauren, according to Forbes.

When you sit at the table, you’re showing a representation of yourself, and you can then speak with the representations of others at the table. This is the new basis of social interaction at Metaverse blackjack tables that we’re looking to see.

The issue is that other worlds like Second Life and Roblox already have these types of marketplaces available for things like clothing, transportation and so on. However, the key is that all of these worlds, and many others that are similar, are disjointed without a large, global tie-in. The Metaverse looks to unify that by becoming the one singular major hub for this type of interaction.

When you have a large centralized platform like this, and like the Internet as a whole before it, that’s when regulators step in to say what can and cannot happen with regard to gambling. These regulators are absolutely needed to keep things from being the “Wild West” and to protect players. However, it also paves the way for these games to be available on such a huge platform while maintaining legitimacy.

Adding in the Social Factor With an Aura of Legitimacy

Gambling isn’t openly allowed to happen on most virtual worlds because they’re set up as video games that attract children. We’ve seen companies like Jagex, producer of the MMORPG “Runescape,” get dragged into parliament to explain themselves when allowing certain game mechanics that border on outright gambling. However, if you have protections in place from actual regulators in a virtual space like the Metaverse, then you can have the open social interactions that you want in a game like blackjack without the other problems.

And this is ultimately why it hasn’t happened yet.

You can’t have these types of real virtual reality blackjack interactions at tables without regulators being involved. They simply won’t be allowed. However, before we can have the regulators involved, we need a platform that’s big enough to get their attention. Additionally, it can’t be a platform that’s tied to a single video game world because that targets children.

This is why the Metaverse is the answer to the question of how we make blackjack more social.

Possibilities for Playing Blackjack in the Metaverse

If we look back at the history of how games like this have spread across other platforms, we can recognize a process that will happen first and foremost:

And unless we’re being pessimistic, we skip the final step where everyone just leaves to play slots anyway.

But moving right along.

Our main prediction for an early Metaverse blackjack variation is a progressive game. We think that these often get looked over for the progressive blackjack titles that do exist primarily because the social factor is lacking. Additionally, the marketing for those games is a bit sub-par, so many players don’t even know they exist.

Competing With Slots in the Metaverse

As we referenced above, the big question on any platform is whether blackjack (or any other table game) can compete with the influx of slots. We think Metaverse table games will make a big dent in the slot industry, and here’s why:

Playing slots in the Metaverse can’t be that much different than playing on mobile. Since players are already used to that, the blackjack tables will be a much newer and fresher experience.

This is really our big hope in all of this for the blackjack genre. We believe there to be some serious potential for a resurgence of table games and for them to take over some of the market share that slots now hold if regulated Metaverse casinos really take off because of the freshness factor in particular.

Looking to the Future

Players have been waiting on virtual reality casinos to take a major step forward for several years. With the Metaverse, it looks like that wait could be closer to being over than many people anticipate. However, just like with anything tech-related, we’ll mostly have to wait and see at this point.