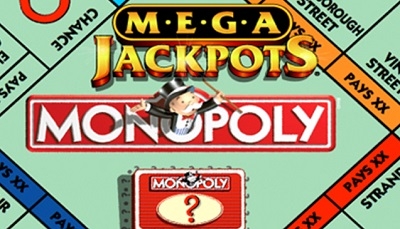 The MegaJackpots Monopoly online slot by IGT is based around one of the most popular board games of all time. This title is also tied into the MegaJackpots line, which means that the top prize is always worth a minimum of €500,000 and averages being much more, which is a life-changing sum of money for anyone.

An Introduction to MegaJackpots Monopoly

International Game Technology is one of the companies in the online casino software development space that has been around the longest. This is because they have several decades of experience putting together land-based titles in video cabinets. As a result, they have a tremendous amount of experience and know how to make business deals with big name brands.

This is the kind of thing that led to the creation of their MegaJackpots Monopoly video slot, based around one of the most popular board game franchises ever in history.

On the gameplay end of things, IGT knows that a progressive jackpot is great for players but isn’t enough by itself to keep interest in the long run. This is why this title is packed with other fun features that keep things interesting while you shoot for the top prize.

This game uses what’s actually a bit of an older video slot format. We’ll show you everything you need to know about this game’s feature and how the gameplay works in what follows.

The volatility of this game is obviously high because of the progressive jackpot, but it’s also high because of the different features that drive even more value toward events that don’t happen all that often compared to the regular wins from the pay table.

It’s worth noting that wins that we’re going to describe below are based on line bet wagers and not the total amounts wagered per spin.

What we’re going to look at here is some of the features and things that make this game stand out. While it obviously has a Monopoly theme, IGT didn’t coast on the theme of the game and instead tried to offer players some pretty solid gameplay values as well.

The MegaJackpots symbol gives you a win on the jackpot when you line up five of a kind on the middle row straight across the game board. This jackpot is always worth at least €500,000, but it actually averages around the €850,000 mark.

With that said, plenty of people have won seven-figure payouts on this title, and the largest win ever was worth a little over €2 million.

We’ll get into what happens if you get five of this symbol on other paylines, but you need them to be straight across the middle row to qualify for the progressive jackpot. You also need to be wagering five coins per payline for a total bet of 45 coins, but you can choose different coin sizes and have your chances of winning the progressive change proportionately.

The MegaJackpots symbol helps you to get the progressive jackpot, but it’s also worth a lot on its own because it’s a wild symbol. Another wild is available with the Monopoly guy on it, and they are both interchangeable for these purposes.

The only symbols that the wilds do not count for are the bonus symbols. Also, the Monopoly guy wild doesn’t substitute for the MegaJackpots symbols for the purposes of getting the progressive.

On top of this, the wilds by themselves (in any combination of the two, have some pretty good winning combinations available. Consider the following payouts:

As you can see, these are some of the best non-progressive payouts that the entire game has to offer, and it just goes to show that they know how to really put together some games that players love.

Three of the Chance Bonus scattered bonus symbols on the third, fourth and fifth reels will get you a shot at picking one of three difference Chance cards.

The card you pick will tell you how many Win Spins you receive, which can be from two to four.

At the beginning of this bonus round, you’ll see the Monopoly guy do an animation and then you’ll get free spins over and over until you hit a win. In short, you’re given guaranteed payouts until you run out of Win Spins.

However, if you make it seven spins without hitting a payout, you’re given a cool payout of 10 times your total wager, which is like a 90x bet line win.

Three of the bonus dice symbols on a payline from left to right will trigger the Pass GO Bonus round. You’ll pick one of the three dice, which will determine at random how many times you get to roll the dice in this feature.

You’ll be taken to a Monopoly board where you use your dice to try to make it around to pick up different wins.

This bonus feature is based around the actual board game itself, it’s been a big hit with players because of this. You can win some pretty significant payouts from this round as well.

The basic idea is that you’ll start off with a 10x win, and when you land on deeds with your rolls, you’ll add more to your total. Free Parking gives you a bigger payout, and if you land on the Go space, you’ll double your total winnings.

How to Win at MegaJackpots Monopoly

There aren’t any strategic options in the MegaJackpots Monopoly that will change your RTP percentage outside of qualifying for the progressive. You do this by making sure that you’re always playing with five coins. Even if you use a small coin size, having the number of coins set to five per payline is really a must playing this game since it maximizes your overall payout rate on average.

There is an interesting structure to this game’s pay table. The Monopoly symbol pays for one of a kind or more just like the wilds, and it’ll give you 2,500x for five of a kind, which is tied for the largest regular win in the game.

From there, there are three deed symbols. The blue deed pays 1,200x for five, and five of the yellow is worth 1,000x. A win of 750x is yours for five of the red deed as well. What’s also interesting is that any mixed combinations of these three deeds will also give wins with 225x going for five of a kind.

The money symbols work like this too. Mixed wins are worth 45x for five, and you can earn 450x, 300x or 150x for the three different size piles of money which are arranged much like single, double and triple bars from classic slots.

Finally, we have three fruit symbols. The watermelons, oranges and strawberries all pay 75x for five of a kind combinations.

There’s no denying that the MegaJackpots Monopoly video slot is a hot title with chances to win life-changing sums of money that are often in the seven-figure range. The pay table distribution is pretty good as well, and the top wins for the wilds and Monopoly symbols are pretty solid.

Overall, this is a good game with a lot of action and some great features that show that IGT wanted this title to be known for more than just its tie-in to the MegaJackpots progressive.