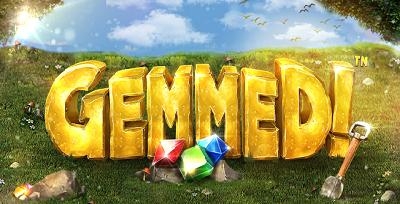 The Gemmed! video slot by BetSoft features an enormous layout with nine reels and nine rows of action with a magical forest and gem-based theme that sees players have a tremendous number of ways to win on each turn. You can also pick up as many as 50 free spins at a time, and that’s on top of instant payouts that you can earn from the same scatters that trigger the bonus round.

An Introduction to Gemmed!

BetSoft has a good history in the industry of being innovative on the graphical and gameplay sides of the online slots sector. They come out with games that really push the limits in both of these areas, and their Gemmed! online slot is an excellent example of this.

Gemmed! breaks out as a rather unique style of game that takes the well-understood rules of online slots to their logical extremes.

There’s a whole lot to see and understand with this title, which includes the fact that it has a great look and a tremendous layout with a whole lot of ways to get paid.

Additionally, the volatility is on the lower end of the medium range, and that’s largely because of the ultra-high hit-rate that this game’s layout provides, which is great for players who want to relax without having to worry about big swings during their sessions.

The layout is one of the keys to this game being so tremendous. You’ll want to pay attention to how it’s set up because it doesn’t work exactly like traditional payline-oriented slots.

As you can see, there’s a lot going on with how the format works that helps to make the Gemmed! video slot fairly unique.

We can’t remember having ever seen a game that decides winning combinations from left to right based on these types of clustered groups before.

A solid number of action-oriented features have been put together by BetSoft in this game to give players a strong gameplay experience. What’s more is that the features compound each others value to give you opportunities for even larger prizes, which is exactly the kind of thing that players like to see.

The wild symbols appear on all rows and reels. They can show up in any individual spot on the nine-by-nine game board, and they will substitute for anything that will help you to get an extra winning combination.

That includes the ability for an individual wild symbol to count for multiple symbols on the same spin to help improve multiple combinations.

It’s worth noting that the wild does not count for a scatter symbol, but you can get wild giant symbols along the lines of what we describe below that can help you out tremendously.

A variety of giant symbols can show up pretty much anywhere on the game board. They can range in size from 1×2 to 3×3, and they count as the same symbol for each space that they take up.

These giant symbols fit really well with the cluster-based approach that winning combinations are based around. This gives you opportunities to get some pretty tremendous payouts as a result.

The scatter symbol has a large diamond surrounded by a few other gems of different colors. When four or more show up on the game board, then you’ll be given a payout. However, if you get five or more, then you’ll also be given free spins.

The following are what you’ll get for different numbers of scatters:

Keep in mind that these scatters in the Gemmed! online slot don’t have to show up in any particular order or in any certain spots on the game board. It doesn’t matter where they appear on the 81-spot grid as long as they are there at the end of the spin.

How to Win at Gemmed!

There’s not really any particular strategy that will work best for this game. That’s because every betting option ultimately has the same average payout as everything else, and that’s set up to help keep players from accidentally making mistakes that cost them in the long run.

However, we think that one thing you can do is pick out a bet size that might be one or two levels above what your usual inclination would be. We suggest this because the volatility for the Gemmed! video slot is definitely on the low end, and the swings won’t be rough at all, so doing so will boost your chances of getting bigger wins without subjecting you to crazy volatility and swings.

With Gemmed!, almost all of the symbols pay for four of a kind or more. The exception to this is the golden sun symbol that will pay for just three. It’s also the highest-paying symbol in the game with a 10x win for nine of a kind.

Also at the upper end of the pay table are prizes of 5x for nine of a kind of the snow or rain symbols.

From there, there are five mid-range symbols: the green leaf, the red flower, the blue blueberry, the purple mushroom and the dark gray moon. All five of these symbols pays from 3.5x to 3x for nine of a kind combinations.

At the lower end of the pay table are the A, K, Q, J, 10 and 9 card rank symbols. Each of them have a background and color scheme that make them look like dirt on the background of the gems and nature theme, which fits absolutely perfectly. You can get 2.5x for nine of any of these.

A Note on the Payouts

Some of these pays may seem a bit on the lower side, but that’s because they’re the payouts for a single combination. You’ll virtually always get several combinations for the same symbols at the same time, and here’s a quick example of how that multiplies your win.

As you can see, this is like getting paid several times over for the same wins, which increases the value of your prizes quite a bit.

What BetSoft has done with the Gemmed! video slot is tremendous. It offers a style of play that will definitely appeal to a ton of people, and it brings out something different that you don’t really see everyday in the slot experience.