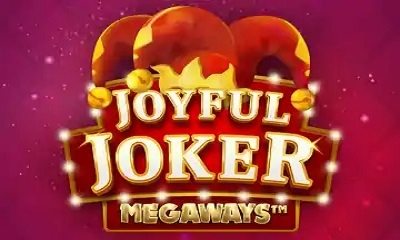 The Joyful Joker Megaways online slot from Microgaming brings serious action to a classically themed slot. It’s all video slot in terms of gameplay, however. With that said, the features and overall feel do come across a lot like an old style fruit machine, which is a lot of fun.

An Introduction to Joyful Joker Megaways

If you’re a fan of throwback style slots, then the Joyful Joker Megaways video slot will be a good fit. It packs a ton of action into a theme that’s based on the older style of fruit machines. The format is all modern, however, and there are six reels instead of three.

We really like how the combination of the old and the new have been put together in this game.

This title is available at Microgaming-powered online casinos. However, it was actually developed by All41 Studios through their partnership with Microgaming.

The gameplay is all about action and lots of ways to get paid. Multipliers, the Rolling Reels feature, free spins and other goodies can be had in this game. That’s on top of a format that generates a lot of action and excitement all on its own.

Visually, there are obviously a lot of fruit symbols and other throwback symbols on the reels. However, their presentation is very strong. The interface is clean without unnecessary bells and whistles. This is a good example of a game that doesn’t need some popular media brand to keep it interesting. It’s interesting and fun based on its own gameplay merits and a clean style of graphics that are aesthetically pleasing.

The Megaways format is used here with some small deviations. There are also other elements of the format that can be a bit atypical if you aren’t used to them. We’ll break this down in what follows. Here’s what to expect:

The volatility of this game is in the medium range. It might not seem like this should be the case with the high hit-rate and balanced wins. However, the multipliers and other features pack so much value that it drives the volatility up in this way. Additionally, all wins in this game are expressed as a multiple of the total amount wagered on each spin.

You’ll find that the feature set in the Joyful Joker Megaways online slot is pretty varied. There are several ways to get paid with different features. That’s on top of a generous pay table that has a solid amount of balance to it.

The diamond symbols are wild in this game. They show up on the extra reel only. That means you can only have wilds on the second, third, fourth and fifth reels for all intents and purposes.

This wild is pretty useful with the Megaways layout. However, it cannot substitute for the scatter symbols.

The Rolling Reels feature is the feature that players will most likely encounter first. It’s also the feature you’ll encounter the most overall. That’s because it happens after every single win on the game board.

The idea is pretty straightforward. When you get a winning combination, it’s paid out. The winning symbols disappear, and that allows more symbols to fall down from above. This happens at no cost to the player and is sort of like a style of re-spin.

From there, you get more opportunities to get paid. If you hit another winning combination, then you will have the process continue once again. This can happen over and over until there are no new wins. When that happens, you go back to the regular spin mode.

One of the first things most players will notice about the Joyful Joker Megaways video slot is the left-hand wheel. This wheel lists out different multipliers, and they can come into play on Joker Spins.

This wheel can activate at random on any given spin that has at least one win. Your win on the initial spin is multiplied by the value given. The starting multipliers can be 2x, 3x, 5x or 10x.

However, we say starting multipliers because it increases for the Rolling Reels feature. The multiplier increments by one for each Rolling Reels activation on that spin. Note that there is no maximum multiplier for this feature. With that said, the Joker Spins can only trigger during the regular game mode. That means it cannot happen during the free spins.

The golden joker symbol is a scattered bonus symbol in this game. If you get four or more of them, then you trigger free spins. Here’s how many free spins you can get:

You’ll be given a starting multiplier at random of at least 2x during this feature. Every Rolling Reels trigger increases the multiplier by one. This continues until the feature is over. However, you do have the opportunity to add more free spins by getting more scatters on the extra reel.

During the regular game mode, you’ll have scatters on all six reels. However, they only show up on the extra reel during the free spins. As a result, three scatters adds three free spins. Likewise, four scatters will add four additional free spins during this feature.

You can actually purchase the free spins mode with three different options:

Some players might enjoy an atypical play style here based around buying free spins. To do so, you can lower your bet size substantially to enjoy free spin features at a lower overall price.

How to Win at Joyful Joker Megaways

The volatility for this title is in the medium range. That really just means that you should pick a bet size near the average of what you’re comfortable with. Any adjustment that’s much higher or much lower than that will result in a sub-par experience. The good news is that there’s not really a lot you need to do to adjust to the Joyful Joker Megaways online slot.

The lucky red seven is the best-paying symbol in the game with a 50x win for six of a kind. It’s also the only symbol that pays for just two of a kind. From there, the bar pays 5x for six, and six of a kind of the bell symbol is worth a 2.5x payout. The horseshoe can also pick up 2x for six of a kind combinations.

Moving lower, the fruit symbols have payouts in tiers. For example, the watermelon, grapes and plums all pay 1.5x for six of a kind. Likewise, the orange, lemon and cherries share a 1x payout for six of a kind combinations.

The feature-based play style of this video slot is targeted toward giving video slot fans a tremendous amount of excitement, and we really like how the aesthetic appeal gives players an overwhelmingly cohesive style of gameplay contrasted to only being a formality. As a result of the large attraction from a lot people, this slot has a fitting spot in this software company’s portfolio overall.

What players will absolutely love about this video slot is the value that the plethora of features add to your winnings. We also want to point out that the theme put on display as the basis for this title is a great springboard for the play style and excitement.