Queen of Ice Casinos and Review 2021 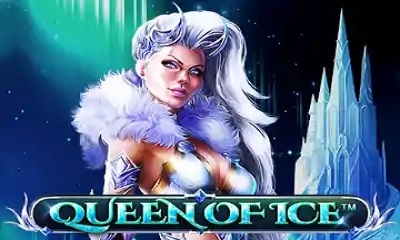 The Queen of Ice online slot from Spinomenal takes players into a world of permanent winter. Several features are available to give you a ton of action. That includes free spins, stacked wilds, reels that sync up and other goodies. This is on top of a generous pay table with strong wins.

Casinos with Queen of Ice

An Introduction to Queen of Ice

The winter months are often seen as something to put off as much as possible. However, Spinomenal’s Queen of Ice video slot offers a different take. This game celebrates a world of ice and snow, and it does so with an emphasis on gameplay.

While the graphics are definitely sufficient, it’s the features and pay schedule that make up the focus of this title.

The visual appeal is reasonable. A number of characters and creatures show up on the reels. A cold, frozen landscape is shown in the background. Animated snow falls to the ground constantly, but it’s not something bright and cheery. Instead, it offers a serious feel.

Along with that is a style of play that’s serious as well. The features bring a lot of value, and the regular pay table has some great balance. That means good pays at the top, mid-tier and lower levels, which is great news for players. With such a balanced but feature-rich style of play, this is a title that can appeal to many different people.

The format of this title is set up to facilitate a lot of action. As such, it’s a little different while still being well inside of what players will be comfortable with. Here’s what to expect:

With the betting being what it is, having wins based on total bet sizes would be tricky to keep up with. Instead, all wins are based on a multiple of your “per line” bet. For example, a 100x win would give you 100 times the amount wagered on each payline.

We also want to point out that the volatility of this title is in the medium range. This happens because the features hit fairly frequently, and the pay table is very balanced.

With the Queen of Ice video slot, everything centers around the features. While the pay table is fairly strong, the features are what drive the majority of the action. In what follows, we’ll break down the features that you need to know about before you get started in this game.

The Ice Queen herself from the title of this game is the wild symbol. She appears stacked four symbols high on all five reels. While this means that she gives some pretty serious wins, it also boosts your chances to hit winning combinations of just wilds. If you do so, you’ll win according to the following:

You’ll always be given the best payout for each individual payline. For example, if you have four of a kind in wilds, but they can be used to make a five of a kind combination that’s worth more than the payout for four wilds, then you’ll get the larger-paying combination instead. However, you only get one win per line.

On every single spin of the Queen of Ice online slot, you’ll have the synced reels in play. To start this feature off, two reels are chosen at random on the game board. Those reels can be located anywhere and do not have to be adjacent to each other.

These two reels will always show the same set of symbols in the same order.

As a result, you’ll have better chances to hit winning combinations. However, that’s not the full extent of how this feature works. If you get any piece of a stacked wild on a synced reel, then it will expand. Because of this, that reel will always be completely wild. Since you’ll have two of them, that means two full reels of wilds whenever any piece of the expanded wild lands on one of the two synced reels.

Three or more of the free spins snow globe will give you 10 free spins. Getting more scatters does not give more free spins in this title. However, the free spins do have an extra feature that make them more valuable than usual.

The way this works is that all free spins receive between one and three reels chosen at random that are made to be completely wild. They shift around randomly, but they definitely give you better chances to win overall.

The bonus game triggers with three or more of the snowflake scatters. This game is taken to a different set of reels where you’ll pick up snowflakes and other goodies on the reels. A meter to the left-hand side of the game board keeps up with your accumulated wins.

You’ll have three spins on these special reels to start with the ability to add more from a special “+1 spin” symbol that shows up randomly on the reels. This is a cool way of giving players some really serious chances for strong wins.

How to Win at Queen of Ice

With the volatility being at the medium level, no real betting adjustments are needed. Instead, we suggest just picking a bet size around what you’d be comfortable with on average.

One thing to note is that you have an option to purchase the bonus game. Because the volatility of this option is higher than playing the game normally, we do recommend dropping down your bet size quite a bit before you exercise this option.

Payout Structure for Queen of Ice

Other than the wild symbol, the top-paying symbol is the crown. In the Queen of Ice online slot, this offers a payout of 1,000x for five of a kind. Three other symbols round out the mid-tier wins. This comes with five of the wolf symbol giving players 600x, five of the owl being worth 200x and five of the icicles getting you a 100x win.

The card rank symbols make up a lower tier. The red A is worth 50x for five. Five of the orange K or yellow Q will get you 40x. Finally, you can win 30x for five of a kind combinations of the green J or the blue 10 symbols.

The presentation and visual tone of the Queen of Ice video slot gives a gorgeous appeal that’s competitive with much that the casino world as a whole has to offer, and what slot players will really enjoy about this game is the additional padding that the features add to your overall winnings. If you have liked other games that have used this type of overall theme, then this is one title you definitely won’t want to miss.

As a portion of this company’s portfolio overall, this is a video slot that holds a critical job because it has appeal to a lot of people. Additionally, the feature-focused gameplay style of this game is all about giving slot fans a serious amount of excitement.