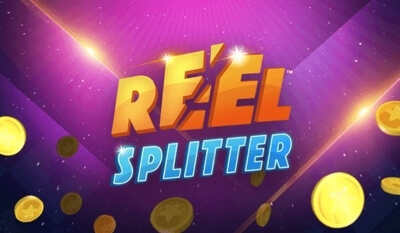 Software giant Microgaming has teamed up with rising star Just For The Win to bring old school fruity fans Reel Splitter; a classic slot with a modern twist. The game’s re-spin, expanding reel feature is set to multiply the action, turning up the heat and increasing paylines from 81 to a more profitable total of 243. Check out this Reel Splitter review to explore the finer details of this fun-filled slot and compare online casinos where players can join in the excitement.

Reel Splitter pays homage to the Las Vegas fruit machines of old, that were once a staple of The Strip and still hold their own nostalgic charm.

Featuring simple graphics and a timeless soundtrack, seasoned slot pros can enjoy a trip down memory lane, complete with the traditional colour scheme of dark blue and purple, plus a variety of vintage icons, including cherries, plums and lemons.

These crisp and clean symbols share the reels with Royal cards 10 through to Ace, in addition to Wilds, the Free Spins Scatter and the game’s logo, which represents the highest value symbol, offering punters a reward of up to 12 x their bet.

Initially, the video slot adopts a 4-reel, 3-row layout, although this set-up can change if players land a winning combination of four of a kind. This expansion subsequently increases the amount of paylines, which also occurs during the Free Spins bonus round. Despite this novel element, Reel Splitter is simple in design and easy to play, also catering to a range of budgets with its 0.10 to 100 betting range. As expected in today’s digital age, the game is available and perfectly enjoyable across all platforms, allowing on the go gamers the chance to spin the reels from any device and any location.

As already mentioned, hitting a four of a kind combo will trigger the Re-Spin feature and alter the game’s mechanics. A gap will emerge between reels two and three, which is replaced by an extra or fifth reel that becomes part of the gameplay. A Wild can be part of the winning combination. The symbols from the four original reels are held in place, while the fifth takes its final spin, increasing the paylines to 243 and escalating the potential for bigger jackpots.

Landing three or four Free Spins Scatters anywhere on the reels will activate Reel Splitter’s engaging bonus mode. With up to 16 Free Spins up for grabs, players can look forward to a financial boost, especially with the expanded 5-reel, 243 paylines and win both way format. Add to that the central Stacked Wild that is locked into reel 3 throughout the game, and punters at least have a chance to hit that pretty substantial max payout of 2,717 x their stake.

Slots fans who are partial to a bit of old school gambling will feel right at home with Reel Splitter, while more modern gamers can also enjoy the game’s more contemporary features. The sleek graphics are both classic and futuristic at the same time, and the design itself is fresh and instantly appealing. Offering that lucrative pays both ways benefit in the bonus round is particularly enticing, promising players both big wins and bags of entertainment.