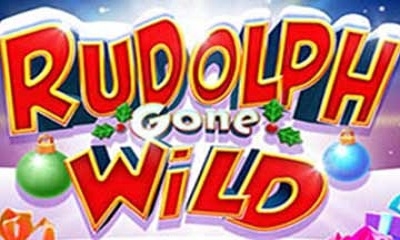 The Rudolph Gone Wild video slot by NextGen Gaming brings players a bundle of holiday cheer. This comes in the form of multiple wild features, as the name implies. However, a value-packed free spins mode is also available. Additionally, the pay table brings lots of ways to get very serious payouts.

An Introduction to Rudolph Gone Wild

When the holidays come around, more people get in on the action with online slots than at any other time. With that said, you can enjoy the holiday spirit whenever you want with the Rudolph Gone Wild online slot. NextGen has put a lot into this game, and it shows with its high level of quality.

Lots of action and plenty of ways to win with feature-based play are what you’ll find here. If you like a whole lot of action, then this is a good place to find it.

As the name implies, you’ll find a lot of wild-based features in this game, but that’s not all that the feature set is based around, which is great because it means that players get a lot more variety than they would in a lot of games with similar themes.

With its holiday theme, you wouldn’t necessarily expect this game to have the best graphics. This is simply because most titles with these types of super common motifs are so-so in the visual department. However, NextGen Gaming really put a lot of effort into making this title look tremendous. The amount of time and energy put into crafting everything from the symbol set to the background is readily apparent.

While having a lot of ways to win is a good thing for most players, not everyone enjoys the “all ways” format. If that’s you, then we have good news: It’s not used in this game. Here’s what to expect:

With how the pay table is structured and how the features are set up, this game has a medium volatility. You will definitely get some swings here and there, but they won’t be too bad most of the time. Along with that, it’s worth noting that the hit rate is solid but not super high. As a result, you’ll get larger wins on average than low-volatility titles. However, those wins will come a bit less often.

In the Rudolph Gone Wild online slot, the features are what drive the gameplay the most. While the pay table itself is fairly solid, the bonus features and extra ways to win are key. If you like feature-based play styles, then this is a game that you’ll almost certainly love.

As the name of this title implies, the wilds have a lot of influence on the gameplay. While they activate features on their own, they also have some pretty solid wins. The following payouts are based on a multiple of your total bet size.

These are some pretty good payouts. If you want to know what they would be like expressed as line bet wins, multiply them by 50. That means that the best payout for five wilds would be like a 2,500x jackpot expressed in the line bet system.

When these wilds make an appearance on the game board, they activate the re-spin feature. Your wins are paid normally, and then all wilds on the screen are shifted one spot to the left. The rest of the spots on the board spin again for more chances to win. Following that, the process is repeated until all wilds have move off of the game board.

If you pick up another wild on the grid during this feature, things are prolonged with the feature. This means that you can end up with a whole lot of wild re-spins, which is a big part of the whole idea.

Players have access to two different random wild features in the Rudolph Gone Wild video slot. It starts with the Snow Machine Wilds feature. A random number of reels are chosen, and snow machines start up on those reels. They will spray snow across one to four spots on those reels to turn those positions into wilds.

The second random wild feature is called flying wilds. Elves will throw down presents onto the reels from the top, which turns those spots wild. These are essentially extra ways to get wilds on the game board that you wouldn’t have received otherwise. The end result is extra payouts. However, it also makes it easier to get the great-paying wild combination prizes as well.

A free spins scatter symbol appears on the game board. Getting three at the same time on the reels gives you a free spins mode. Two different options are chosen at random when you start this feature:

It’s important to note that the re-spins feature is still in play in this bonus round. That makes the fact that you get stacked wilds that much more important and valuable.

How to Win at Rudolph Gone Wild

Some people like to make betting based adjustments centered around the volatility of a slot. However, in the Rudolph Gone Wild online slot, the volatility is in the medium range. This means that no adjustment is necessary. Instead, you should simply pick a bet size that’s near the average of what you’re comfortable with. This will give you a balance between protecting you from the swings while still giving you a larger enough bet size to get some wins that are exciting enough to keep things interesting and exciting.

The pay structure runs pretty deep in this game, which is typical of 50-paying games on 5×4 format grids. The sled gets you 50x for five of a kind. However, Santa himself drops things down to 12x for five on a line. We think these two symbols should have been switched considering the theme of the game.

In the middle range, the elves pay 10x for five of a kind. You can also land five of the gingerbread houses, trees or men for 6x wins each.

On the lower end of things, we have six different card rank symbols. The A, K and Q all pay 4x for five on a payline. Five of a kind combinations of the J, 10 or 9 will get 2x instead.

We really love how the visual appeal of the Rudolph Gone Wild video slot gives fans a seriously immersive gameplay experience compared to just being an unimportant detail. If you have enjoyed playing other video slots that use this kind of theme, then this is a game you will not want to miss, and the range of features incorporates plenty of various extra ways to get paid on top of the usual pay table.

As a result of the wide attraction from so many players, this game has a fitting place in this software developer’s selection of online slots overall. It’s also worth noting that the style of play is very much oriented around action with a serious amount of opportunities to hit big payouts.