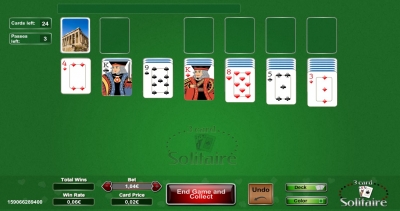 In the online casino world, tons of players are intimidated and afraid to get started playing casino table games. That’s because they believe that table games are all super complicated and tough to get going with. However, that’s a complete myth, and we have a guide here to how you can get your feet wet easily.

The Easiest Casino Table Games to Learn and Play

Something we have seen over the years is that a lot of players are a little afraid to play table games. Slots are simple enough to jump in and learn for the most part. However, this creates a comfort zone that many are hesitant to jump out of.

As a result of that comfort zone and table games seeming complicated, many never try them.

That’s a real shame because players who are able to learn how to play slots are plenty capable otherwise. They could learn many table games in about as much time as it took them to learn slots. Additionally, it opens the door to even deeper experiences with games like blackjack and video poker with more strategy involved.

Unfortunately, this is a stigma and dynamic that doesn’t seem like it’s going to go away any time soon. We’ve seen it persist for a long time, so here, we want to do something about it. In what follows, we’re going to take a look at the easiest table games to learn and get started with. Our goal is to help players make that jump from slots (or not playing at all) into some real classics.

Before we hop into game recommendations, we want to make a distinction first. In the table game arena, you have a spectrum when it comes to the amount of strategy involved. Some games like blackjack require a fair amount of strategy. Others like European roulette are completely based around luck in terms of the payout percentage.

The main idea is that games with strategy allow you to increase your payout rates, on average. This happens via playing better strategies. However, games without strategic elements don’t really let you change your payout rates with your in-game choices. With the example of European roulette we gave above, every single wager always has the same payout rate regardless.

We’re going to start out with games that do not involve strategy or where strategy is optional and minimal. From there, we’ll look at some titles with a small amount of strategy that you can learn pretty quickly. This will serve as an introduction to the idea of strategy in casino table games. However, you may decide that you want to play games with higher degrees of strategy after getting some experience.

Games With Little to No Strategy

To start things out, we’re going to look at games that do not need to be played with any strategy. This will be a similar experience to playing slots where you’ll make your wager and see what happens. However, keep in mind that some of these games will still give you different betting options. In many cases, different options can have slightly different payout rates or levels of volatility.

This is the example we gave up above, so it’s the one we’ll start with. European roulette is a specific form of the game with better payouts than the American version.

The idea is that the dealer (or software) spins a wheel that determines a number from 0 to 36. In turn, you wager on specific numbers or combinations of numbers. If you bet on the specific number that wins, or if you bet on a group of numbers that includes the winning number, then you get a payout.

If you want to get started in this game right away, play the red, black, even and odd wagers. They’re really easy to understand and will let you jump in and start making bets immediately. The house advantage is only 2.7 percent on any of these, which is better than many popular slots. It also opens the door to more advanced betting options.

In terms of the pacing and simplicity of the game, online Baccarat is on a similar level as European roulette. The only difference is that it’s played with cards, and you’re betting on two hands playing against each other instead of which number will come on a wheel.

However, something to note is that you’re not playing a hand against a house hand. This is a common misconception about Baccarat. Instead, there are two hands shown on the game board called “player” and “banker,” and you can bet on either. Additionally, the goal is to try to guess which will win (or if they will tie).

This is different than games like blackjack, which is superficially similar in how it appears. The difference is that you aren’t actually playing a strategic card game against the house.

Bets on the banker or player bet both have low house advantages of just over 1 percent. That makes it a perfect set of bets to start with if you’re just beginning to play.

If you want to dip your toes into casino table games with a bit of strategy, but not too much, we have some recommendations. Keep in mind that these will be just slightly more complicated than the above options. However, they are still pretty straightforward for new players who want something to think about.

The idea behind three-card poker is really straightforward. You’re given three cards, as is the dealer. You get to decide whether to fold or whether to add another bet to face the dealer in a showdown.

In terms of strategy, you only actually need to remember one piece of information to play perfectly. However, some players like to try to figure it out for themselves, so we won’t reveal what that piece of information is here. Suffice to say that it tells you everything you need to know about when to fold and when to play.

Something else to consider is that this is a good game to get used to casino poker games as a genre. Several styles of poker table games can be found in traditional and live dealer formats. For each of these, various levels of strategy come into play along with different styles of gameplay. If you’re looking to check out the genre as a whole, this is a good place to start.

If you’ve ever played rummy-style card games, then you’ll pick up on Vegas Three Card Rummy very quickly. A scoring system is used to determine how many points you get for your hand in this title. Additionally, you’re actually trying to have fewer points than the dealer.

Much like three-card poker, you get to decide whether to fold or whether to put in another bet to play. You obviously want to give up with high scores and stay in with low scores. However, the question becomes where you decide the cut-off point. On top of that, you get to contend with the dealer needing to qualify by getting under a certain number of points. This complicates things a bit for obvious reasons.

What’s really interesting is that this isn’t really a part of a genre of games. You can’t really find many other games like it. However, it’s definitely a title that gets a lot of attention.

Our last recommendation for this list comes in the form of Casino Patience. Patience is a version of the extremely popular solitaire card game called Klondike. However, if the names confuse you, then it’s essentially the solitaire game that most people grew up playing and that has been available for free on computers for a long time.

In this version, you make a wager when you start your game. You get to play through the deck once while drawing one card at a time. For each card you get to one of the four piles (starting with aces), you earn a payout. The more cards you get, the better the payouts you get.

Some degree of strategy is involved with this game. However, it’s not super complicated. What’s more is that most players will already be familiar with the rules and strategy. That means you can hop right in and get started while having a great time. This is the entire point of our recommendations in the first place.

Table games do not have to be tricky, difficult or intimidating. However, we understand why some players might feel that way. If you work through our suggestions here to get used to table games, chances are that you’ll come across something you like that works for you.