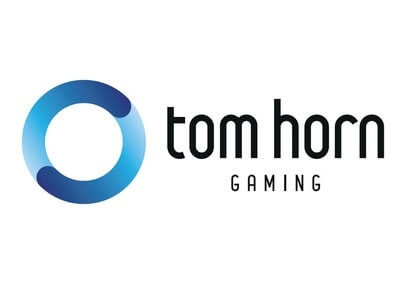 Tom Horn Gaming is a powerhouse in casino games and software development, with a diverse library of table games, video poker, slot machines and other popular titles. Compare Tom Horn Gaming casinos and play its games with a bonus.

Tom Horn Gaming is an omnichannel software supplier with a huge library of casino game titles. Its games include dozens of cross-platform video slots, which can be played through mobile devices and desktops.

The company takes pride in a wide range of features, promotional tools and themes. It provides high-quality gaming content with impressive graphics and engaging mathematical models, which have been developed with international players in mind.

The company was founded in 2008 as Tom Horn Enterprise. It was the first gaming software provider to be certified in Lithuania. Its operations are regulated by the Malta Gaming Authority and licensed by the Gambling Commission in the United Kingdom.

While working with the best in the gaming industry, Tom Horn Gaming’s operations remain player-centric. Its audience has access to its games from mobile, laptops and desktops on iOS, Android, and Windows (Linux) platforms. Renowned in both online and land-based casino markets, Tom Horn Gaming’s titles deliver captivating realms and commercially successful content.

Video slot games have been the pillar of Tom Horn Gaming’s success. With game content suited for a worldwide audience, it has created some of the most visually stunning and exciting video slot games.

Here are three of the most popular slots titles from Tom Horn Gaming:

With other titles like the oriental-themed Geisha’s Fan, the bullet-riddled bravado of Chicago and the animated fun graphics of Monster Madness, Tom Horn Gaming’s developers continue to surpass expectations and deliver countless hours of entertainment.

Tom Horn Gaming’s portfolio of casino table games is not as extensive as its slots library, but all of its titles are produced to a very high standard and offer engaging gameplay.

Tom Horn Gaming has produced a small but high-quality portfolio of video poker titles, with some intriguing variations on classic casino games.

To round out its broad selection of slots, poker and table games, Tom Horn Gaming also offers some alternative titles.

Tom Horn Gaming Limited is a software development company that was founded in Bratislava by a talented group of casino and gambling enthusiasts in 2008. It was formerly known as Tom Horn Enterprise until January 2016.

From the beginning, the company focused on the development of its gaming software and produced more than ten gaming products per year. Initially, its games mainly used Flash software but have recently incorporated the more advanced HTML5.

In 2010, the company expanded into the Latin American market and took part in trade shows in Panama, Colombia and Argentina. This further helped Tom Horn Gaming to establish itself in the online gaming and casino industry. By 2013, it was fully recognised even by the global leaders in the industry, gaining the company a lot of partnerships worldwide. The company now provides solutions for both online casinos and land-based operators.

Where can I play at Tom Horn Gaming casinos?

The company’s wide range of games are available on many popular online casino sites. See the casino list to find the best Tom Horn Gaming casinos.

Casinos operators and their players can be assured of the trustworthiness and excellence of the software, gaming products and solutions provided by the company.

Tom Horn Gaming’s library of games are optimised to be playable across all platforms. Currently, Tom Horn Gaming offers around 78 games that are playable on desktop including video slots, table games, scratchcards, keno and bingo cards.

The HTML5 version of its games are designed to be played on mobile devices such as smartphones and tablets, and are as impressive as when played using a desktop. This means that players on the move can still experience the same premium level of gaming excitement.

Jackpots and promotion tools help casino operators to attract new players and retain existing ones. Tom Horn Gaming offers customisable mystery jackpots, connecting a diverse collection of games and progressive jackpots that get activated by in-game features. All of these jackpot features are customisable to fit the requirements of online casino operators.

The game Dragon Riches was the first ever game that incorporated a four-level progressive jackpot, plus a classic gamble feature that can double the profit or prize money. It also offers 243 paylines that increase the chances to win big.

Tom Horn Gaming’s titles are fully localised with all the major languages, with more in the pipeline. Some of the currently supported languages are English, Spanish, Italian, Russian, German, French, Czech, Hungarian, Turkish, Lithuanian, Portuguese, Japanese, Chinese and Korean.

What is the best Tom Horn Gaming casino?