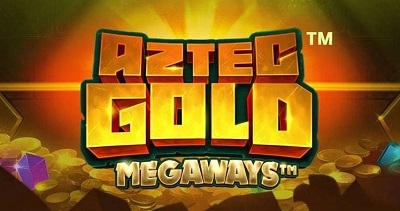 The Aztec Gold Megaways online slot by iSoftBet brings players into the jungles to try to find some major payouts on the reels. This game has up to 117,649 ways to win on each spin, and it has an in-depth re-spin feature that offers you opportunities to win one of three jackpots.

An Introduction to Aztec Gold Megaways

One of the things that a lot of players miss in the modern era of online slots is games with a newer presentation but fast-paced styles of play. While many titles bring a lot of action in terms of hit-rate, the pace is still usually fairly slow in terms of how the game feels.

The Aztec Gold Megaways video slot is an example of iSoftBet going the opposite way in that the pace is very fast, and players will have tons of ways to get paid on each and every spin.

iSoftBet put together a game here that looks tremendous. The theme is obvious from the name of the slot, but the golden theme on the Aztec-like structure that houses the reels combined with the jungle background all look amazing.

In terms of gameplay, they really bring it. While this isn’t a feature-rich game in terms of bonus rounds, there are still plenty of regular gameplay features that kick the action up a notch beyond what the majority of players are used to.

The format here is a big part of the story of this slot, and this is what you can expect:

Players have plenty of betting options here, but the real story is how many thousands of ways you can have to get paid on each turn. Combine that with six reels, and the opportunities for major payouts drastically increases.

It’s worth noting that the volatility of this game is actually pretty low, and that’s largely because the hit-rate is so high and because a significant amount of the value in your payout rate comes from the regular pay table.

Gameplay in the Aztec Gold Megaways online slot centers largely around getting lots of wins on the same spin thanks to how the feature set works. Between the regular game mode and the re-spin, that’s the basic story of how this title is played.

The first thing to know about this game is that all winning combinations activate the Cascading Wins feature. The way this works is that your payouts are given, and then the winning symbols fall down to fill in the space that’s left behind.

New symbols fall from up above as well until the game grid is full, and the process starts over again. This will continue repeatedly until no new wins are available. Considering how many symbols can appear on one reel, the wilds showing up on every reel and the easy three of a kind wins, this can lead to several pays on the same paid spin.

The wild symbol for the Aztec Gold Megaways video slot has golden letters in a golden frame on a red stone background. It gives the following pays:

These symbols show up on every reel, and they give you a serious opportunity to get paid thanks to how they work with the Cascading Wins feature as well. This is a serious source of value in this slot, and it goes to show that iSoftBet was very serious when it came to giving this title a fast-paced feature set.

The re-spin feature in this game is activated when you get at least five of the golden sun scatter symbols anywhere on the game board. You will start off with three re-spins, and the number of re-spins will reset back to three each time you get a golden sun anywhere on the reels.

There are also special sun disc symbols for the three jackpots, which are static wins based on 30x, 100x and 1,000x payouts multiplied by your total bet size.

The way this feature works fundamentally is that all sun discs are held in place while the other symbols spin to give you opportunities to rack up as many of these symbols as you can get.

Once you run out of re-spins with no new discs showing up on the reels, the numbers shown on all of the discs on screen will be added up, and that will be your total payout for the feature.

This is an innovative feature that gets away from the tired old free spins modes and offers a different way to get value than what’s usual.

How to Win at Aztec Gold Megaways

The best strategies for this game are going to center around the fact that its volatility is so low. With so many ways to win and such a high hit-rate, you’re getting a really low amount of swings that are very manageable.

Because of this, one good strategy is to simply increase your bet size to 150 percent to 200 percent of what you normally use. The idea here is that the swings will be what you’re used to with your more typical size while the sizes of your payouts are increased proportionately.

The top-paying symbol is the Aztec priest, and he has the same wins as the wild symbol, which start at 1,000x for six of a kind. He’s also the only symbol, along with the wild, to pay for just two of a kind, which is huge in a game with this type of format.

Mid-level wins start with the cheetah at 200x and drop down to 50x payouts for six of the snake or bird symbols.

A key component to the gameplay values for the Aztec Gold Megaways online slot is obviously the Megaways format itself with six reels and chances for more than 100,000 ways to win on a single turn. However, it’s the way that iSoftBet incorporated this format into the feature set that really drives the play style over the top for this particular game.

When you combine that with the balanced pay table and excellent graphics and overall visual appeal, it’s clear that having a strong level of aesthetics was important to these developers as well. Since this game appeals to a number of different types of players, it has a pretty strong following like you might expect a game of this caliber to have.