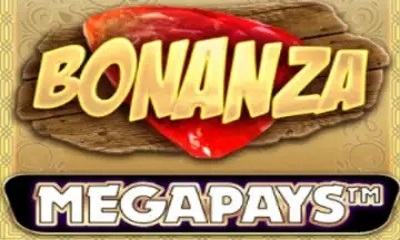 The Bonanza Megaways online slot from Big Time Gaming brings a gold rush theme to life. You’ll have the reels pouring out of the side of a mountain in a mine with gems and other symbols. This is also a feature-packed game with free spins, progressive jackpots and more.

An Introduction to Bonanza Megaways

Big Time Gaming is known for their Megaways mechanic that a lot of other providers have licensing agreements for. However, they always seem to come up with something special to do with their own mechanic. The Bonanza Megaways progressive slot is a good example of this.

Between the fun gold mining theme and the plethora of features, this title is a lot of action waiting to happen all around.

We really like how the symbol set looks in this game. There’s also a tremendous amount of detail in the surroundings and background. They’ve not been lazy at all in bringing the mining theme to life, and it simply looks amazing.

The gameplay is also top-notch, and there are a few different reasons for that. First off, the regular action on the game board is super solid. You’ll have tons of opportunities to get several wins on a single spin. In addition to that, the feature set gives players a whole lot of value. Finally, you have the chances to win a very serious amount of money in a single spin with the progressive jackpots.

What we like to see in a slot is a lot of ways for players to win. That’s exactly what you’ll get here from BTG with their Megaways format. Here’s what to expect:

We have two other things about this game that you’ll want to know. First, the volatility is in the high range. This comes from a combination of the value-packed features and the progressive jackpots. Second, all wins are based around a multiple of however much you’ve bet in total. The exception to this is the progressive jackpot set, which are always static values. We’ll get more into how the progressives are determined down below.

With the Bonanza Megaways video slot, you’ll have a lot of features to keep up with. It’s a lot more fun for most players to know what to expect ahead of time. Along these lines, we’re going to break down the entire feature set in what follows.

When you get a win in this game, that’s not the end of the chances to get paid. All of the winning symbols will explode after paying out, which brings new symbols into their place. The end result is that the screen fills up with symbols again, and players get more chances to win.

For the regular six reels, this means new symbols falling in from above. For the mining cart across the top of the middle four rows, they’ll move in from right to left.

Something cool about the reactions feature is that there’s no limit to it. You can keep getting wins on each reaction to get another one on the paid spin. This allows for chances to get paid several times in a row off of the back of the same turn.

The Bonanza Megaways online slot offers something pretty cool called the Megapays feature. This can be triggered at random on any given spin. When it triggers, one of the six card rank symbols are chosen as the Megapays symbol. If you get at least one of that symbol, it will get you a re-spin. However, if you pick up at least four of them, then you’ll have a shot at winning a progressive jackpot.

The four progressive jackpots are always shown with their current values across the top of the game screen. In order of size starting from the highest, they are the Mega, Major, Midi and Mini. The starting values for these four progressives are as follows:

It’s critical to understand that you have chances to win these progressives with any bet size. The way that works is that your chances of winning scale to the size of your bet. For example, if you’re wagering €5 per spin, you’ll have five times the chances of winning on each turn compared to betting €1 per spin. This keeps things fair between players with different bet sizes. It also allows players at even the smallest stakes a chance to win a massive amount of money.

Four golden letters can appear on the reels that spell out the word “GOLD.” However, if you get at least four of them on the game board at once, you’ll get a set of free spins. The number of free spins you’re given is determined by how many letters you picked up.

During this free spins mode, you’ll get increasing multipliers on each reaction. For example, you’ll start with a multiplier of 1x. When you trigger your first reaction, it goes to 2x. If you get another reaction, it jumps to 3x, and so on.

Also, during the free spins mode, scatters will only appear on the mining cart above the reels. Along these lines, you can use those scatters to get extra free spins. Three scatters during this feature will give you five more free spins. However, if you’re able to get four scatters, it increases your total by 10 free spins instead.

The TNT symbol makes sense as the wild symbol in this game. It doesn’t get its own winning combinations. However, it will substitute for everything but the scatter symbols. Wilds are worth a lot in a game with this many ways to win. You can really see how the format increases the value of this feature when you see how the wilds affect your chances of getting lots of extra wins.

How to Win at Bonanza Megaways

It’s really important to realize that the volatility is high in this game and to adjust accordingly. The proper adjustment for most players most of the time is to decrease your bet size. Dropping it by about 50 percent compared to the average of what you’re comfortable with is a good amount.

The reason for this is simple: The swings are going to be much stronger in this game than most. As a result, you’ll want to lower your bet size a bit to smooth that out. One way to compensate for that is to use the auto-play option to get in more spins per hour. This can allow you to get a comparable total amount of wagers in per session while still enjoying a lower volatility.

What’s more is that you’ll still qualify for the progressive jackpots even after dropping down your bet size a bit.

Four gem symbols make up the upper tier of pays in this game. Six of a kind of the diamond, always on a dark purple background, will pay 50x. You should also note that this is the only symbol to pay for two of a kind.

The rest of the gems make up mid-tier combinations. Six of the red gem is worth 7.5x, and it’s 2.5x for six of the blue. You can also score 2x for six of a kind combinations of the green gem.

The card rank symbols give you the rest of the payouts in the Bonanza Megaways progressive slot. The purple A and red K pay out 1.75x for six. Six of a kind of the blue Q or green J will be worth 1.2x. Finally, the yellow 10 and cyan 9 give wins of 1x for six of a kind.

The excitement is definitely raised up by the tremendous amount to which the presentation is suited for the Bonanza Megaways video slot’s concept. Also worth noting, the feature set includes plenty of different extra ways to take down a win outside of the typical pay schedule.

On top of that, the overall theme is used in a particularly smart way in this game, compared to it merely being a small detail like what you see in a lot titles. Because of the wide attraction from so many players, this online slot has an excellent position in this software company’s offering of slots as a whole, and if action is the thing you’re after in your sessions, then you’ll really enjoy the style of play that this title gives to your sessions.