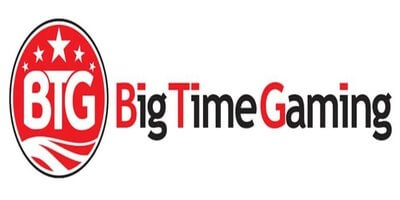 As one of the most exciting software developers in the online casino industry, Big Time Gaming is a name to remember. Based in Australia, the company offers an array of slot games to providers across the globe, as well as more traditional gambling options like blackjack and roulette. Their client list reads like a who’s who of the biggest brands in the world of internet gaming, with everyone from Sky Vegas to Betfair, William Hill, Ladbrokes, Mecca, and more featuring. Licensed in the UK, Alderney, Gibraltar, and Canada, this is a company that knows how to develop games that appeal to the masses.

Universally renowned for their stringent quality control and the high standards they impose upon themselves, all of their games come properly licensed and with a player-focused slant that’s sure to keep their online audience hooked. As one of the leading inventors of top quality gaming solutions in the world, Big Time Gaming is behind the creation of some of the most popular content on the market, including The Final Countdown, Who Wants To Be a Millionaire, Book of Gods, and Dragon Born.

Why Play at a Big Time Gaming Casino?

Big Time Gaming’s primary focus is on its slot games, so if this is the sort of casino content that appeals to you, you’ll find plenty to entertain you at your preferred online provider. Most of the company’s offerings have a uniquely cartoonish look and feel, which is particularly in vogue among developers at present. If it’s this sort of escapist style you prefer, you’ll have lots of options to choose from, all of them fantastically high quality and created with the player in mind. Indeed, it is your specific enjoyment that is at the forefront of the developer’s ethos. The team behind Big Time Gaming wants people to genuinely have fun with what they’re putting out there, and aim to create not only engaging content but big wins for those who play their slots.

In order to achieve this, innovation is at the heart of what they do. They’re continually launching new and novel content, with their latest creation acting as a perfect case in point. The game, titled Opal Fruits, features a unique ‘triple reaction’ mechanism, allowing the reels to spin in three different directions at once. This creates unexpected and often highly reactive wins for the player, leading to potentially huge base game wins.

That said, the fantastic slots on offer at Big Time Gaming casinos is not their sole appeal. Catering to the entirety of their audience as opposed to a single segment, the developer also offers both blackjack and roulette to ensure there is ample variety available. This ethos is reflected, too, in the diverse array of themes embodied by their games, with everything from the spine-chilling Haunted House through to the twee Feathered Frenzy and retro-symboled Lucky Streak and Golden Goals.

The result is that while they may not offer the widest stable of slots on the market, Big Time Gaming casinos do still have plenty of variety, with clever themes, high-quality graphics, impressive prizes, and engaging gameplay galore.

As a company, Big Time Gaming is committed to innovation. They’re continually developing new material, with each release an improvement on their previous offerings. Primarily utilising a cartoonish animation style, their content has a trademark aesthetic that makes it instantly recognisable.

Their slot games include a number of popular names – Golden Goals and Lucky Streak among them – and they’re constantly adding to their roster. Indeed, the two aforementioned titles are typical of the sort of content they develop. Both retro-symboled games, they boast an impressive playability, with both ‘Cash Stoppa’ and ‘Go for Goal’ bonuses on offer. Despite these commonalities, Big Time Gaming casinos are certainly not lacking in variety. In fact, the company has developed games that cover a wide array of themes and story angles, with everything from the chilling Haunted House to beautifully animated offerings like The Final Countdown and the game show-inspired Who Wants to Be a Millionaire.

What each of these has in common is quality. Big Time Gaming has earned the whole world over, and that’s because its slot games are some of the finest on the market. No matter their particular incarnation, they all share the same engaging graphics, clever animations, and gripping gameplay, along with a plethora of bonus features. The latter includes everything from wilds to free spins, scatters, and multipliers. Certainly, thanks to their player-centric focus, their games all offer the opportunity for big wins, going a long way toward explaining their popularity with audiences.

Of their content, it is two of their newest releases that especially stand out. Though each of Big Time Gaming’s offerings has much to recommend it, Temple Quest and Viking Quest both act as tour de forces of casino game creation, offering all that an experienced and discerning player could want from a slot.

As their names imply, the two both turn on the premise that the player is on the hunt for treasure, with the former title set in the rainforests of Central America and the latter having its action occur at sea. Demonstrating innovative and revolutionary thinking on the part of the software developer, they utilise a feature known as ‘Mega Icons’ to give players the chance to create highly profitable pay table combinations. In addition, the two games also feature newly introduced bonuses like the ‘Treasure Temple’, ‘Chest of Fortune’, and ‘Gone Fishing’, with some major prizes to be won, and pay outs of up to 10,000 coins.

Another point to note is that all of their games, both old and new, are designed with a varied audience in mind. As a result, they tend to offer numerous line and line-bet combinations to pick from, enabling players to stake amounts as small as 0.01 coins per spin. Even with their newer slots, there is the option to start from as little as 0.4 coins per spin, despite the fact that these are big games with 40 lines to play. That’s not to say that high rollers aren’t also catered to; in fact, maximum stakes typically equate to around 400 coins per spin.

The list of slot games available from the company includes:

Along with its stable of high-quality slots and traditional table games, Big Time Gaming rounds out its offerings with an additional option: reactors. It has six of these available to choose from, all with attractive prizes and immensely engaging gameplay.

Taken in combination, this choice of three individual game types, along with an impressive variety within each of these categories, means that Big Time Gaming casinos have plenty to keep players occupied.

As one of the foremost software developers in the casino industry, Big Time Gaming is a company with an impressive reputation. Renowned for its innovation and originality, the privately owned, Australian-based enterprise is inarguably respected by peers and industry experts alike.

The venture has managed to build an enviable track record when it comes to game development, and this is primarily attributable to three men: Nik Robinson, the company CEO; Huw McIntosh, CTO; and Creative Director Ian Schmidt.

Robinson has been at the pinnacle of the industry for over 20 years, having founded New Tech Media in 1996. He thus brings a huge amount of experience to the venture, as does his right-hand man, McIntosh, who has been involved in the sector for over a decade. Likewise, the third member of this triumvirate has a very impressive portfolio to recommend him, having previously worked on a number of titles for Rock Star Games. Together, the three have built a reputation as industry leaders, with Big Time Gaming now the developer of choice for many of the world’s largest online casinos.

Founded in 2011, the company has grown exponentially over the past eight years, and despite being relatively small in size, it has had a huge impact on the industry as a whole. This is because of the revolutionary nature of its games, which utilise pioneering features and intricate mathematical models to develop original and immensely popular content. As a result, the company has an impressive market share, particularly for an independent developer whose business is built on a relatively humble scale.

Its most notable achievement arguably lies in increasing maximum win sizes. Prior to Big Time Gaming’s arrival on the scene, non-jackpot slots offered much less impressive prize pots. Maximum wins exceeding 20,000 times the stake were unheard of, and then Bonanza arrived. This mining-themed slot featured a soundtrack played by the CEO himself, and it instantly rose to the very top of the rankings. In a single move, it fundamentally altered the player perception of online slots, making them more of a prize than they had ever been before.

Because of this, the company is renowned for producing the most volatile and potentially profitable slots on the market, as well as for the hand-built feel of their games. Releasing only a limited amount of new content each year, they managed to shy away from the low-quality, conveyor-belt model utilised by many providers, instead offering innovative mechanics and top-notch visuals as standard.

A word of warning, however: their titles are very rarely for the faint of heart, with their free spin features notably difficult to trigger. Combining this with the feature gamble, the developer’s games can undoubtedly be frustrating, though the potential to land life-changing wins arguably balances this out.

Who is Big Time Gaming?

Big Time Gaming is an independently owned software developer based in Sydney. They’re responsible for creating some of the most popular slots on the market such as Temple Quest, Who Wants to Be a Millionaire, and Bonanza.

Which slot games were developed by Big Time Gaming?

As a hugely influential software developer, Big Time Gaming is responsible for some of the most renowned slot games around. It has an extensive catalogue of creations, many of them enduringly popular. These include: Temple Quest, White Rabbit, Danger High Voltage, Bonanza, Queen of Riches, Who Wants to Be a Millionaire, Extra Chilli, Book of Gods, Dragon Born, and more.

One of the factors that helped to catapult Big Time Gaming to global success is their handsome prize pots. The first software developer to offer players the chance to win prizes up to 20,000 times what they’d staked, they continue to dangle potentially life-changing sums before their erstwhile audience.

As a result, one Swedish player walked away with almost 15,000 euros after placing a bet equivalent to one euro, while a lucky Brit scored an even higher win when he triggered a 19,521x winning combination on Queen of Riches.

Does Big Time Gaming offer any other content besides slots?

What is the best Big Time Gaming casino?